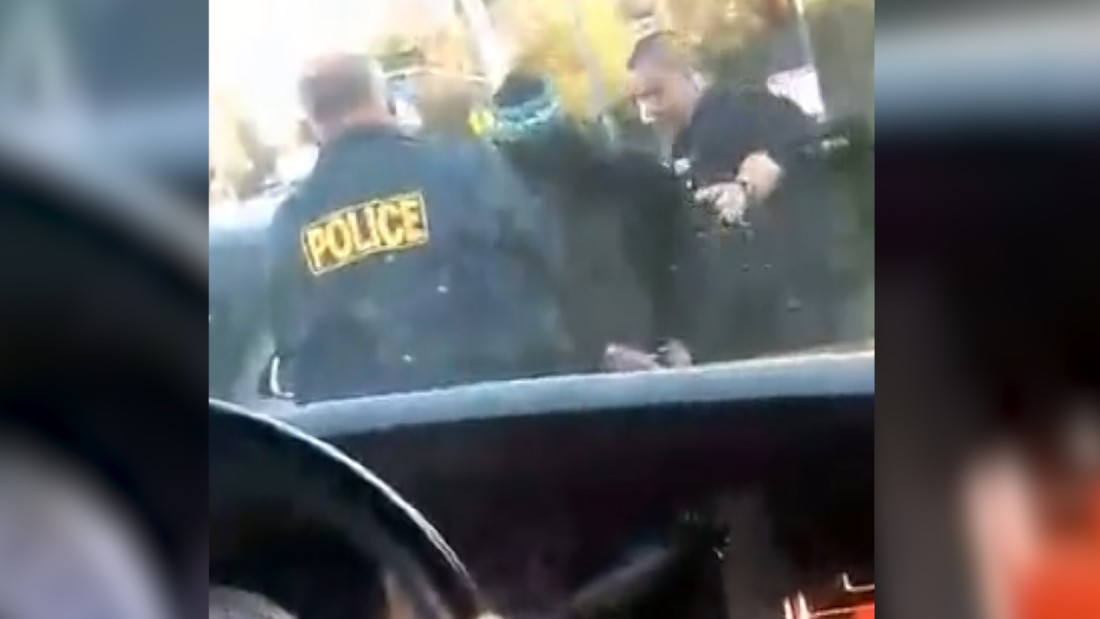 (CNN)A 13-year-old girl on her way to school wailed as immigration agents took her handcuffed father away in a black car.

US Immigration and Customs Enforcement agents pulled Romulo Avelica-Gonzalez’s vehicle over Tuesday about a half mile from a school where the undocumented immigrant from Mexico had just dropped off one of his daughters.
The dad, 48, was driving daughter Fatima Avelica to another school in the northeast Los Angeles neighborhood of Highland Park when ICE stopped them.Left behind in the car with her mother, Fatima wept inconsolably as she captured video of her father’s detention. Rosary beads hung from the rearview mirror. A palm-frond cross rested on the dashboard.
“I was scared and sad at the same time,” Fatima, still holding the cellphone on which she took the video, told CNN Friday. “I never thought I would have to experience something like this in my life … on my way to school.”
Since President Donald Trump’s inauguration, scores of unauthorized immigrants have been detained and deported under his administration’s hard-line immigration stand.
“We knew the day was going to come … especially with the election,” said Avelica’s 19-year-old daughter Jocelyn. “We just weren’t prepared … We thought if we don’t talk about, it’s not going to happen.”
When the family did talk about the possibility of an immigration arrest, the stress and sadness forced them to quickly change the subject, she said. Her father took the girls to school every morning before going to work at a restaurant.
Fatima’s video and plaintive cry offer one of the first up-close looks at the human toll of those policies.
Fatima said her father told his wife and daughter that his car was being followed by immigration agents in an unmarked car. She thought it was the police.
When the agents handcuffed her father, she said her mother asked her to videotape what was happening. Before he was taken to the unmarked car, Avelica told her “to relax and be strong.”
ICE said in a statement that Avelica was arrested because he has “multiple prior criminal convictions, including a DUI in 2009, as well an outstanding order of removal dating back to 2014.”
The ICE statement said members of a Los Angeles-based fugitive operations team conducted surveillance to confirm Avelica’s identity before arresting him near a charter school.
Avelica, a father of four, had lived in the United States for more than 25 years, according to a statement from Emi MacLean, an attorney for National Day Laborer Organizing Network. The statement said Avelica was picked up one block from his daughter’s school.
Ricardo Mireles, executive director of the charter school Academia Avance, told CNN affiliate KABC-TV in Los Angeles that Avelica’s DUI conviction occurred nearly a decade ago and another run-in with the law came 20 years ago after Avelica said he unknowingly purchased a car with an incorrect registration sticker.
“I think the impacts are going to come in terms of, ‘Hey, how do we pay the rent? And how do we move forward?’ ” Mireles said. “We want to be able to find resources to help this family go through this process.”
Jocelyn said her father is a good man.
“I know he is not a criminal,” she said. “I’ve always said we all do things that we learn from … He is our father, a hard worker, an honest man.”
The ICE statement Friday said Avelica was still in custody.
On Tuesday morning, one of Fatima’s sisters took her to school. She doesn’t like to miss classes. Fatima was comforted by her teachers, she said.
Immigration rights activists have criticized Trump’s policy of targeting most of the unauthorized immigrantsas opposed to the Obama administration’s focus on violent offenders.
On Wednesday, Daniela Vargas, 22, was arrested after sharing her family’s story — including the arrests of her father and brother last month by ICE officers — during a news conference in Jackson, Mississippi.
Moments before ICE picked her up, Vargas spoke out publicly for young people who, like herself, were brought to the United States illegally as children but later qualified for a temporary reprieve from deportation under the Deferred Action for Childhood Arrivals program, known as DACA.
Recipients often are called DREAMers, a reference to the DREAM Act, which if approved by Congress would give DACA participants permanent legal status.