The writer, now 70, takes an probing look at artificial intelligence in his new book 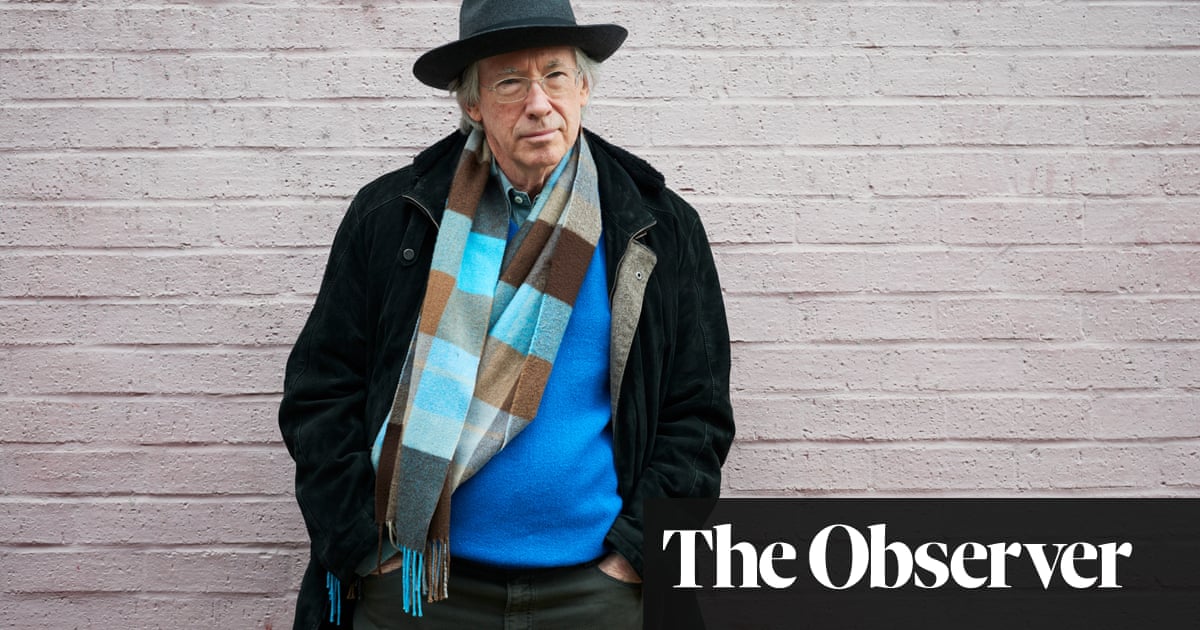 There is a scene toward the end of Ian McEwan’s new novel, Machines Like Me, when the narrator, Charlie, is pushing his lifelike prototype robot, Adam, in a wheelchair through a demonstration in Trafalgar Square. The demonstrators are protesting about everything under the sun – “poverty, unemployment, housing, healthcare, education, crime, race, gender, climate, opportunity”. The suggestion being presented by McEwan and his narrator, however, is that here, unnoticed in their midst, is the one thing they should be most concerned about: a man-made intelligence greater than their own.

There is a Cassandra tendency in McEwan’s fiction. His domestic dramas routinely play out against a backdrop of threatened doom. Since the portent-laden meditation on war and terrorism, Saturday, in 2005, he has also turned his gimlet attention to climate change in Solar. The opening lines of that novel – “He was running out of time. Everyone was, it was the general condition…” – have sometimes sounded like his fiction’s statement of intent. The New Yorker called his work “the art of unease”.

It was perhaps, I suggested to him one afternoon a couple of weeks ago, therefore only a matter of time before he got around to the looming ethical anxieties of artificial intelligence.

McEwan smiled at this idea and explained that he had been enthralled by the possibility of man-made consciousness for just about as long as he could remember. He was sitting in a low armchair in the corner of the upstairs room of his compact mews house near London’s inns of court (his primary home is a 16th-century Cotswolds manor house). He is 70 years old, still limber and thin and prolific, and among the few English novelists who can make headlines with stray comments on the issues of the day. There was a time when he appeared to approach that “man of letters” role with a studied gravity; these days he seems to wear the mantle more lightly.

McEwan has twitchy antennae as a writer, scanning the news for patterns. In reflecting on the themes of his new novel he mentions the recent Boeing 737 crash in Ethiopia, in which the plane’s software apparently overrode the pilot’s best efforts to keep it airborne. This is a story, he forecasts, that will become an insistent narrative in all areas of our lives. “People are not quite aware yet that when they get in a plane they are flying in a giant brain,” he says. “That brain might believe the plane is stalling – though every last passenger and the pilot can look out of the window and see the plane is not stalling. We are in the process of handing over responsibility for safety, but also for ethical decisions, to machines.”

McEwan has an abiding faith that novels are the best place to examine such ethical dilemmas, though he has little time for conventional science fiction. “There could be an opening of a mental space for novelists to explore this future, not in terms of travelling at 10 times the speed of light in anti-gravity boots, but in actually looking at the human dilemmas of being close up to something that you know to be artificial but which thinks like you. If a machine seems like a human or you can’t tell the difference, then you’d jolly well better start thinking about whether it has responsibilities and rights and all the rest.”