Trump administration told DED holders last March to leave voluntarily or face deportation, but a year on, nothing has changed 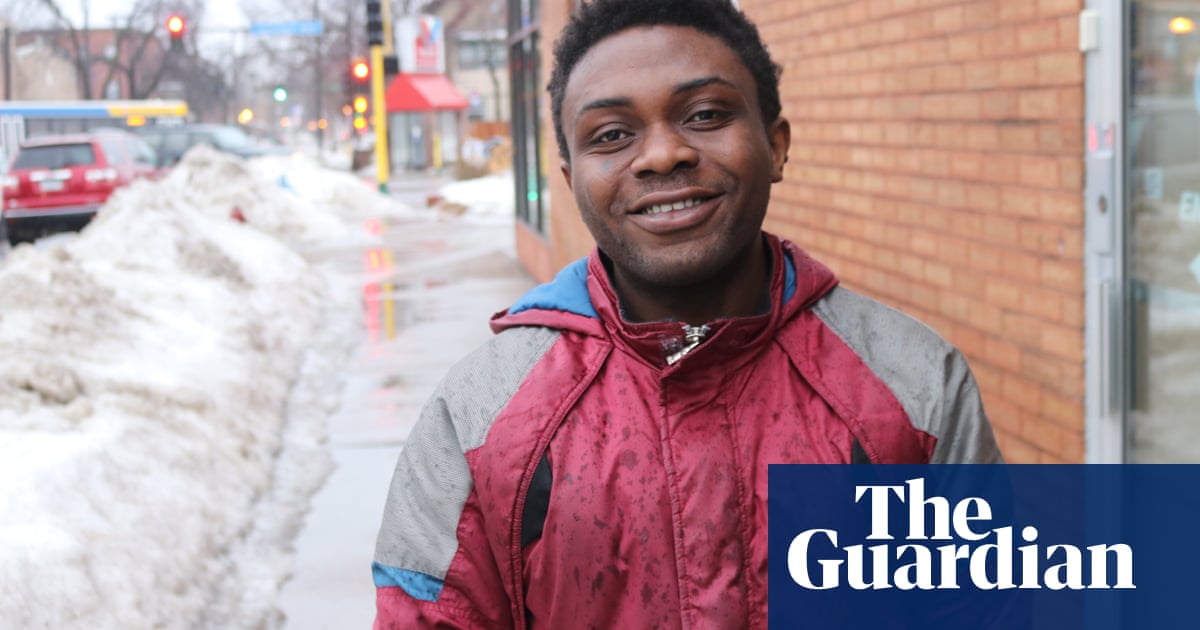 Like many of the thousands of Liberians in the US who face possible deportation at the end of this month, Nyensuahtee Fofana, 23, is anxiously awaiting any sign the Trump administration might reverse course.

Fofana is one of an estimated 4,000 Liberians in the US through Deferred Enforced Departure (DED), a temporary status determined by the president. Starting in 1991, people fleeing civil war in Liberia were granted either Temporary Protective Status (TPS) or DED, both of which provide a work permit but not a path to citizenship. Every administration since then allowed them to stay in the country.

In that time, they established families, jobs and deep roots in their communities. This is especially true in Minnesota, which has one of the largest Liberian populations. Many work in healthcare and live in the northern suburbs of Minneapolis.

But last March, the Trump administration told DED holders they had a year to “get their affairs in order” before leaving the country. If they did not go voluntarily, they would face deportation.

The issue has attracted national attention. In February, the Minnesota representative Ilhan Omar, perhaps America’s best-known refugee, brought DED holder Linda Clack as her guest to Donald Trump’s State of the Union address. Omar said she hoped that “by hearing the stories of people directly impacted” by his decision, Trump would “at long last find some empathy”.

But nothing has changed and anxiety is running high.

Fofana has more at stake than most. In many ways, his story mirrors that of the Dreamers, undocumented migrants, mostly from Central or South America, who were brought to the US as children. He came to the US at the age of six, remembers little of Liberia and considers himself American.

He also has another pressing issue to consider: shortly after he arrived in the US, he was diagnosed with a heart condition doctors in Liberia had missed. He has had three open-heart surgeries.

Fofana recovered well enough to play running back for his high school football team, but doctors tell him he will probably need another surgery by the time heis 30, if not sooner. He has no idea how he will get the care he needs if he is uprooted and sent to a country he does not know.

What he wants is a chance for permanent status and citizenship. But as the 31 March deadline draws closer, his dream of re-enrolling in college to pursue a marketing degree seems more and more distant. As a DED holder, he cannot apply for financial aid.

“These are the cards I’ve been dealt,” he said, “but there’s no reason. I’ve been here since I was six. I feel like I was raised an American. I’m just trying to have like the same opportunities as everybody else.”

Liberian leaders and immigration activists have been seeking to draw attention to the issue. Last Friday, Minnesota’s two Democratic senators, Amy Klobuchar and Tina Smith, held a press conference with the Rhode Island senator Jack Reed and Dean Phillips, who represents a suburban Twin Cities district. Demanding Congress take action to fix the DED expiration, they were joined by leaders from the Union of Liberian Associations in the Americas.

Notably, no Republicans were present.

The Trump administration move to end DED for Liberians is part of a larger effort to roll back TPS granted to people who came to the US in moments of crisis or national disaster. That effort has run into legal trouble.

In October, a judge in California blocked the attempt to terminate TPS for migrants from Sudan, El Salvador, Nicaragua and Haiti, agreeing with plaintiffs who argued that the cancellation was based on “a predetermined political agenda”.

This month, another California judge at least temporarily stopped the administration ending TPS for migrants from Honduras and Nepal. The plaintiffs included members of the National TPS Alliance.

“They are part of the US society, DED and TPS recipients should be given the opportunity to continue living here, in the United States, on a permanent basis.”

Trump’s effort to end DED for Liberians may also end up in court. On 8 March, a civil rights group filed suit in US district court for Massachusetts, saying the move “is not based on an objective or reasoned assessment of current conditions in Liberia” but is “part of an overarching immigration agenda by the Trump administration to forcibly remove non-white, non-European immigrant families from the United States”.

But Liberians are left waiting and the days are ticking by.

Fofana’s mother, Isabela Wreh-Fofana, is 55 and works as a nursing assistant. She has lived in St Paul for 17 years. She lost her father and sister in the civil war but has managed to send money back to her family.

“We are pleading to all the good loving people to hear us and allow us to stay here,” she said. “This is where we know, this is what we know.

“We are tired, tried and stressed. We are working hard, we are paying taxes, we are not into trouble. Why can’t they just reason with us? This is the only thing we know: that going back there is not going to help, it’s not working.”

Her son is trying to prepare for the worst, and what it will mean to become undocumented.

“It’s like walking on eggshells and tiptoeing through the rain,” he said. “It means being careful, but you never know when you could get pulled over and they run your status. You never know … even if you’re not doing anything and just trying to get to work.”