The rapper has apologised to the former governor of Alaska, following an offensive Twitter spree, for her crass New York City sense of humour 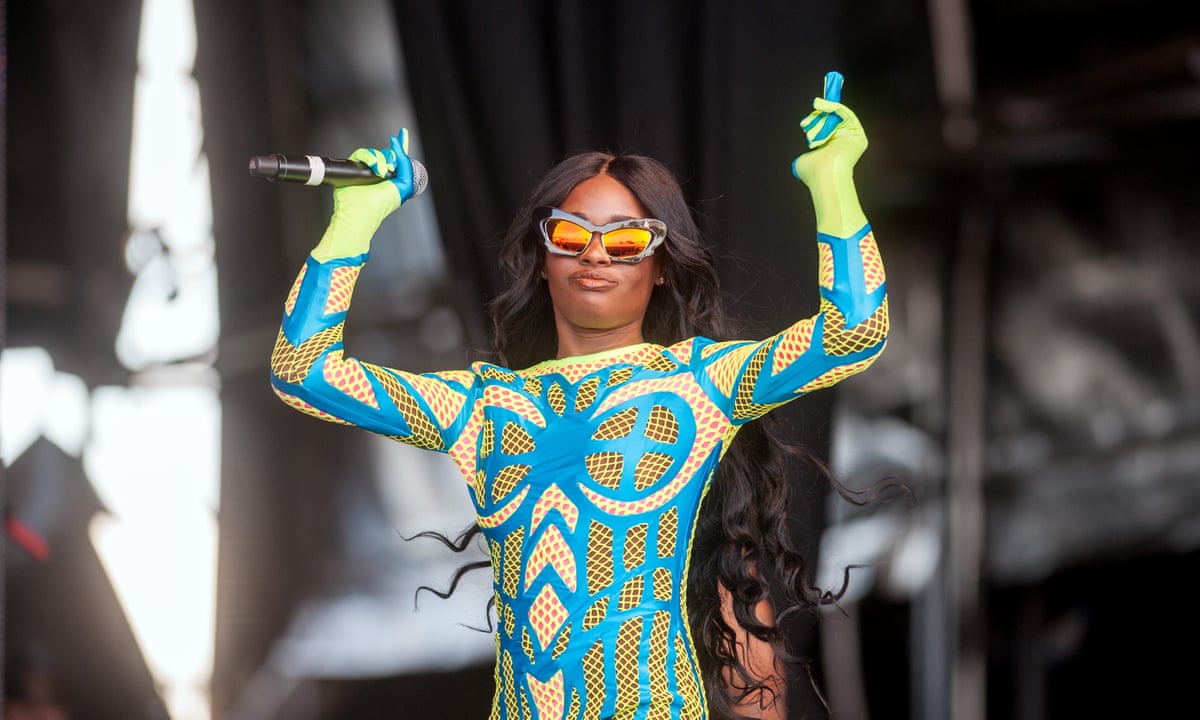 Azealia Banks has apologised to Sarah Palin for a series of graphic, since deleted tweets which reportedly led the former governor of Alaska to begin discussions with attorneys.

Bankss comments were triggered by a satirical, made-up news story in which Palin tells an Alaska newspaper that black people accepted [slavery] willingly and that negroes loved being slaves and they were doing just fine under our rules. The rapper, who did not realise the quotes were fabricated, suggested her audience find the biggest burliest blackest negroes and let them run a train on her.

In this life, youre blessed to have been given an influential platform. So have I. Why dont we strengthen both our platforms and work together on something worthwhile like condemning racism, along with empowering young women to defend themselves against a most misogynist, degrading, devastating assault perpetrated by evil men rape.

Thanks. And now Ill go through my young daughters playlist to make sure there hasnt been any inadvertent addition of any anti-woman, pro-rape garbage that you seem to endorse, which perpetuates the cultural challenges we face in America. I encourage other parents to do the same.

Palin later told People that she was suing Banks, and cant wait to share my winnings with others who have gone defenseless against lies and dangerous attacks far too long.

Not one to back down from an argument, Banks replied on 5 April with a letter on Tumblr which not only apologises for any emotional distress or reputational scarring i may have caused you, and blames her tweets on her really crass, New-York-City sense of humor, but also raises some of the issues surrounding what she calls American hypocrisy.

As the fabric of the American Nation is EMBEDDED with racism, I merely made a raCIALly driven joke to counter what i believed to be real, raCIST rhetoric. Also, i never said you should be raped. I used the term run a train, which is slang for group sex, NOT for rape, clarified Banks.

However, I find great irony in the right-wing medias attempt to victimize, you in this situation. Seeking empathy through sensationalism is something left-leaning liberals are frequently ridiculed for by the right. But American hypocrisy is nothing new.

In the run up to the US presidential election, Banks says she has started her own social research and has had a few lengthy conversations with some very popular conservative figures.

Ive concluded, she writes, amongst millennial conservatives, censorship paired with the (questionable) social necessity for political correctness are atop the list of social grievances. It is as though this newest generation of conservative voters desire the right to express their true feelings, free of any filter and free of any consequence. I too harbor a similar sentiment regarding censorship and self-expression, as i am an artist. I cherish my ability to express myself freely, yet remain totally aware that for every action, there will be a reaction.

Banks has since issued a second statement in which she expands on the topic of cultural appropriation and Donald Trump.