In his first interview since he lost the Malaysian election in May, former PM protests his innocence 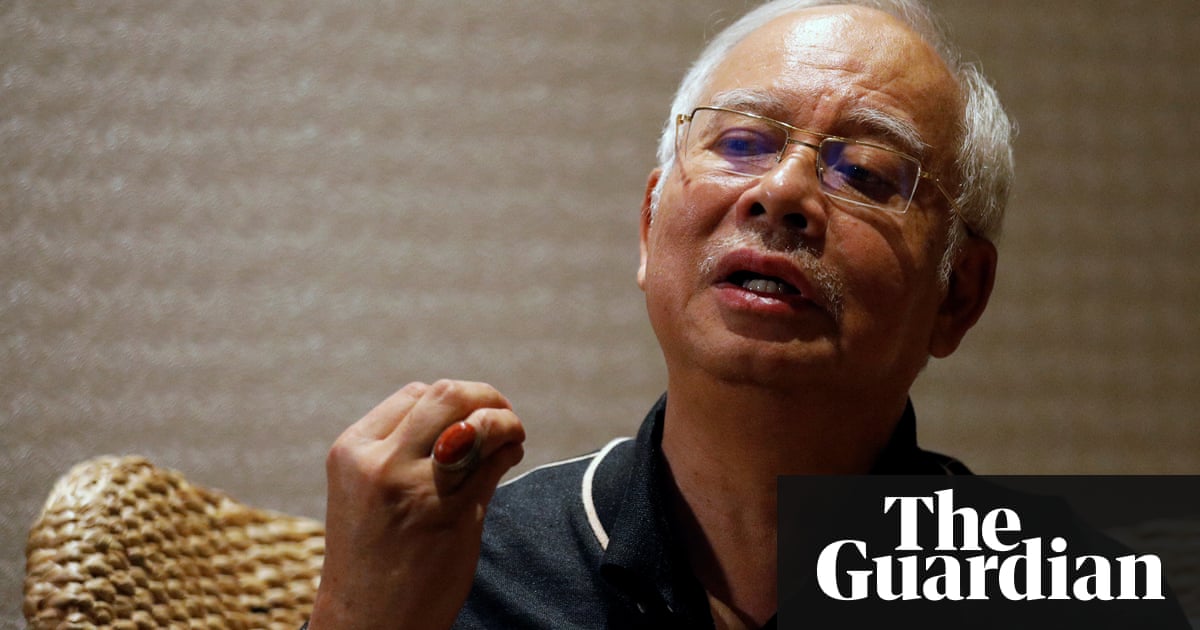 The former prime minister of Malaysia Najib Razak has denied any responsibility for the 1MDB scandal and claimed that the hundreds of designer handbags and millions of dollars in cash seized from his house were wedding gifts and campaign funds.

In his first interview after he dramatically lost the election in May, Najib protested his innocence and claimed that the board of the troubled 1MDB government fund had kept the multi-billion dollar embezzlement of the money from him.

Speaking to Reuters, Najib said: “If I knew there was going to be misappropriation of funds, if that was my knowledge, I would have acted.”

1MDB was a government fund set up by Najib in 2009 but in 2015 it was revealed that over $4bn had been embezzled out of the account and laundered around the world, funding yachts, Picasso paintings, property and films. Some $681m of the fund was deposited into Najib’s personal bank account. The total losses and theft of 1MDB money is now estimated to be $10bn.

While he was in power, an investigation Najib cleared of all wrongdoing, but since the newly elected government took office, a renewed prove into 1MDB has been key priority. Najib’s alleged role in the scandal has been at the centre of the investigation. Speaking on Tuesday, new prime minister Mahathir Mohamad said they had an “almost perfect case” against Najib and his allies and expected arrests to be made within months.

However, Najib maintained that his conscience was clean. “I’m not party to the yacht, the paintings … I’ve never seen those paintings whatsoever,” he said.

“I was not aware of these purchases. This was done without my knowledge. I would never authorise 1MDB funds to be used for any of these items. I’ve been in government so long, I know what’s right and what’s wrong.” He added that he had no idea the money deposited into his personal bank account came from 1MDB.

He also washed his hands of any responsibility for the actions of Jho Low, a Malaysian businessman who was brought on as a consultant for 1MDB and was allegedly responsible for the embezzlement of the money into the US, funding, among other things, the Wolf of Wall Street film, which was produced by Najib’s stepson Riza Ahmad. The Malaysian authorities recently issued a warrant for Low’s arrest in connection with 1MDB.

“I didn’t give him instructions, but he volunteered to do certain things, which he thought would help 1MDB,” said Najib. “But whatever he did ultimately is the responsibility of the management and board.”

As part of the 1MDB investigation, multiple raids have been carried out on Najib’s property which saw 274 designer Birkin handbags seized as well as $29m in cash. The former prime minister maintained that the handbags were gifts to his wife and weddings presents given to his daughter. The cash, he added, was “genuine donations” from the election.

“As president of the party, I had to prepare for the elections, and elections are very expensive affairs,” he said. “Donations are made in cash in election times.”

Another case that has reared its head since Najib was toppled from power is the murder of Altantuya Shaaribuya, a Mongolian translator who was the lover of Najib’s close associate Razak Baginda. Claims of a government cover up of her death, with allegations she was Najib’s lover and had known about corrupt government defence deals, have hung over Malaysian politics for over a decade. There are now calls for the new government to re-open the case. However Najib reiterated his denial of any involvement.

“The Altantuya case has already been dealt with,” he said. “There is no evidence whatsoever that I ever met her, there are no records, no pictures or witness to say that I even knew her. It was subject to a proper trial and my name didn’t come up during the trial whatsoever.”