Rappers trade barbs on Twitter about music, tight jeans and Amber Rose after Khalifa accuses West of stealing the title of his forthcoming album Waves 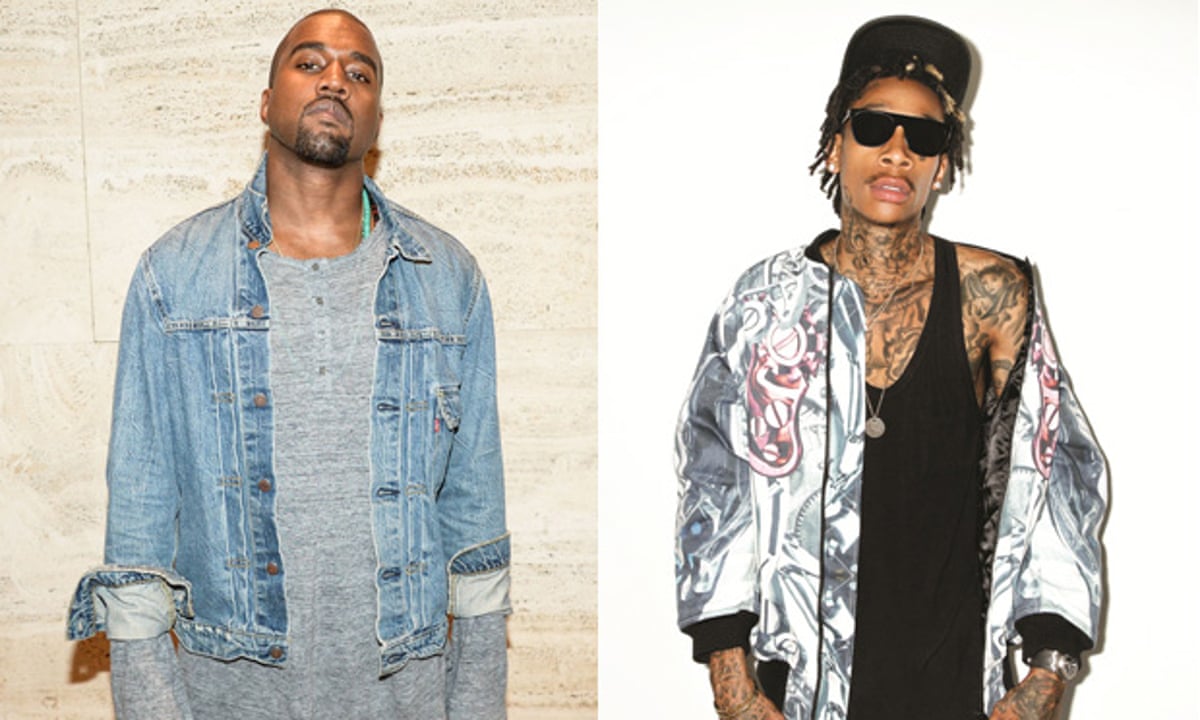 Twitter, which has brought the public some of its most beloved public arguments including Taylor Swift v Nicki Minaj and BoB v Neil deGrasse Tyson has played host to another great face-off: Kanye West and fellow rapper Wiz Khalifa.

When West announced that his upcoming album would be titled Waves rather than Swish, Khalifa claimed hed stolen the name from Harlem rap artist Max B. Please dont take the wave, he tweeted.

After various tweets about Max B and waves, Khalifa added: Hit this kk and become yourself.

West didnt handle seeing the initials of his wife, Kim Kardashian, in the tweet well. He proceeded to post a plethora of responses lashing out at Khalifa. Your first single was corny as fuck and most there after, he tweeted.

Khalifa explained: KK is weed fool. Reasons why your not wavy. Go bacc to Swish.

But West continued. He has since deleted his Twitter rampage.

He moved on from insulting Khalifas music to attacking his family. You let a stripper trap you, West tweeted, referring to Khalifas ex-wife and Wests ex-girlfriend Amber Rose. He later made reference to Khalifas son with Rose: I know you mad every time you look at your child that this girl got you for 18 years.

West continued to mix insults and self-praise for a while.

He did throw in the occasional compliment, stating he thought Khalifa dressed cool, adding: I wish I was skinny and tall. But West quickly turned his compliment around in his next tweet, with the characteristic thought: Maybe I couldnt be skinny and tall but Ill settle for being the greatest artist of all time as a consolation.

West ended his Twitter rant with a thank you for the extra promotion for Waves. He explained that he loved the world and all I want is peace and positive energy. His final tweet, aimed at Khalifa, apologized for the earlier confusion.

Too bad his ex-girlfriend Rose wasnt feeling too forgiving.

On Kids See Ghosts, Kanye West and Kid Cudi Bare Their Scars to the World