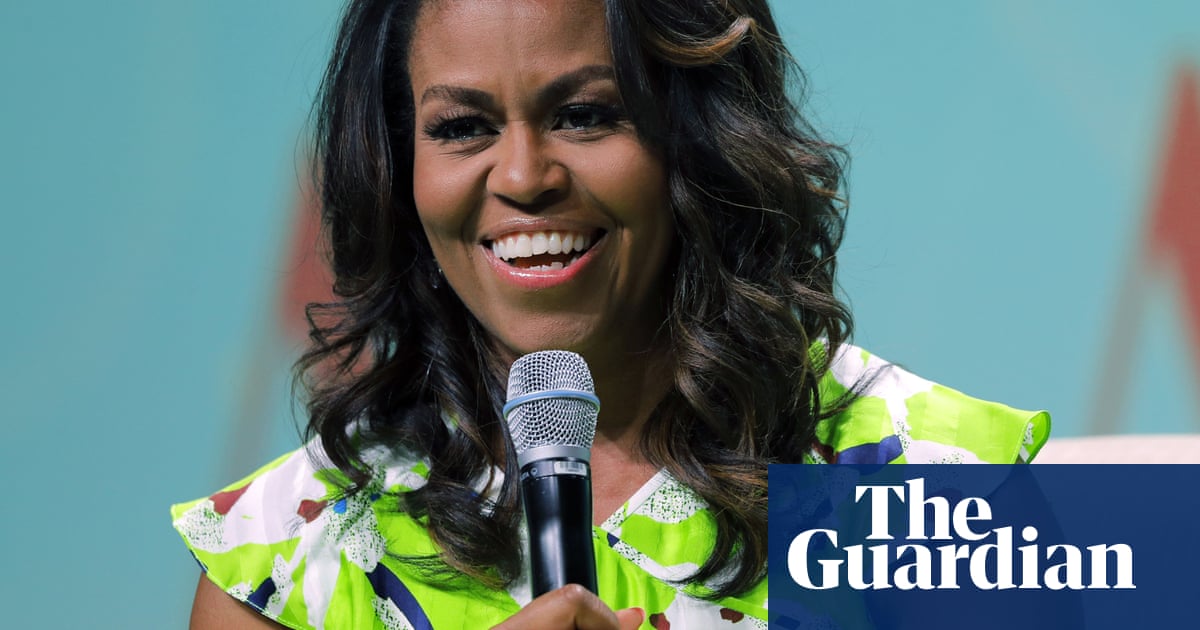 A star-studded voter registration drive launched by Michelle Obama kicked off its national week of action this weekend with events across the country, including a rally by the former first lady on Sunday at Chaparral high school in Las Vegas.

The drive, When We All Vote, marks Obama’s return to the political stage, aiming to encourage voter participation and “spark a conversation about our rights and responsibilities in shaping our democracy”.

The effort aims to be nonpartisan and to combat ambivalence and cynicism in the electorate. Co-led by several former Obama White House advisers, it will stage rallies in cities such as Pittsburgh and Miami, where celebrities like Tom Hanks, Lin-Manuel Miranda, and Janelle Monáe will promote civic engagement and the need to participate in voter outreach.

Comedian Keegan Michael Key warmed up the Las Vegas crowd with an understated assessment of its mood. “Folks, we are at a very, very interesting time in our country, where I’m sure many of you have been experiencing, let’s call it, mild frustration,” he joked. “Don’t just talk about it. Take action.”

The estimated 2,600 attendees listened as Obama spoke about challenges to voting rights, the need for grassroots involvement, and issues like education and public safety, and the danger of complacency.

“Believe me, I am frustrated too,” she said. “I am sick of all the chaos and messiness of our politics. It’s exhausting, and frankly it’s depressing, so I understanding wanting to shut it all out … but democracy continues with or without you.”

Among the largely supportive crowd was a woman who yelled: “Run for president!” leading to chants of: “We need you!”

The former first lady’s efforts coincide with Barack Obama’s re-emergence on the campaign trail earlier this month, when the former president delivered speeches that roiled the Trump White House. Normally, former presidents do not comment on their successor’s policies. The Obamas have stated that these are not normal times.

Seven weeks remain before November’s midterm elections and polls show Democrats in a strong position to take the House for the first time since January 2011. The path to taking back the Senate is tougher.

Obama warned about voter suppression efforts, telling the crowd that “they’re closing down the polling places. They’re making it harder for volunteers to get people registered. They’re finding all kinds of way to keep you home, hoping that when you hear about all those things you’ll just give up.”

The core mission of When We All Vote is to turn casual supporters into grassroots organizers. Its website provides a toolkit to register voters and plan events, and over 2000 gatherings will allegedly take place this week to recruit volunteers, educate and register voters, and prepare to mobilize on election day.

Stressing the importance of local elections, Michelle Obama added: “Those sheriffs that we elect, they decide how our streets are policed. The school board members we vote on, they determine how our kids’ schools are run. The mayors we send to city hall, they can fix those crumbling roads and the public transportation system – or not. The folks who represent us in Congress pass laws on everything from job creation to whether we go to war.”

“I’m happy that she’s here to inspire us – she’s a resilient woman,” said Ashley Reminder, who recently moved to Nevada. “I’ve switched my voting location from New York to Las Vegas and I’m excited to be in a swing state where I can make a difference.”

Sunday’s event comes three days after Donald Trump told a crowd in Las Vegas: “We have to have more Republicans in office. We’ll get everything we want so fast. We’ve got to have it.”

Nevada will play a critical role in deciding which party holds power on Capitol Hill in 2019. Two of its four House seats are losing incumbents and it is the only state Hillary Clinton won in 2016 in which a Republican senator, Dean Heller, is up for re-election this year.

Widely seen as the most vulnerable Republican in the Senate, Heller is neck and neck in the polls with his challenger, Congresswoman Jackie Rosen. Nevada’s governorship is up for grabs too, in a race that is also tied.