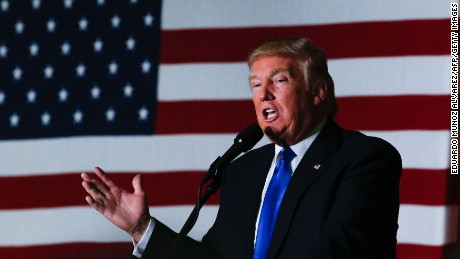 (CNN)A group of more than 450 writers, including heavy hitters such as Stephen King, Junot Diaz, Cheryl Strayed and Dave Eggers have come out against the presidential candidacy of Donald Trump in an open letter and online petition issued Tuesday.

The letter was published on literary news site Lithub, and is addressed to “the American people.”
“As writers, we are particularly aware of the many ways that language can be abused in the name of power,” it says. “American history, despite periods of nativism and bigotry, has from the first been a grand experiment in bringing people of different backgrounds together, not pitting them against one another.”
Since it was published the open statement and petition, started by novelists Andrew Altschul and Mark Slouka, has accumulated over 11,000 signatures by Wednesday afternoon.
The Trump campaign did not respond to a request for comment.
Many of the signatories are long-time, outspoken Democratic supporters, such as Stephen King, who has frequently thrown partisan jabs at other Republican politicians, including his own home-state GOP governor, Maine’s Paul LePage, Florida Gov. Rick Scott and New Jersey Gov. Chris Christie.
But it’s a who’s who of contemporary American literature, with Pulitzer and National Book Critics Circle winners and other well-known authors having signed, including Jennifer Egan, Amy Tan, Rita Dove, Tobias Wolff, Richard Russo, Michael Chabon, Jane Smiley and Roy Blount Jr. among the many others.
It concludes: “We, the undersigned, as a matter of conscience, oppose, unequivocally, the candidacy of Donald J. Trump for the Presidency of the United States.”
The letter does not include an endorsement by either Democratic presidential candidate.