He’s a Hollywood big shot…but this actor is humbled as he points to the source of his fame.

Hugh Jackman was raised an evangelical, and unlike most in Hollywood, his roots have followed him through his days of stardom.

In a recent interview with Parade magazine, Jackman said that hes a Christian and still devotes every performance to God.

Im a Christian. I used to go to different evangelists [revival] tents all the time. When I was about 13, I had a weird premonition that I was going to be onstage, like the preachers I saw, he told the magazine.

And since that came true,he never stopped giving praise to the one he knew got him there in the first place. Jackman continued to explain how acting fits into his faith life and admitted that he was many of the same fears and approval-addiction struggles that we all do.

The Parade interviewer asked, Setting aside the money and fame you earn, what does acting give you that you really need?

Hugh responded, Thats the best question Ive ever been asked. Peace. There are things driving me that arent all healthy[needing] approval and respect to fill some hole who-knows-where in me. Am I worthy? All those fears. Through acting, Im able to find a level of bliss and peace and calm and joy. And it feels natural.

Acting connects him with God in a way that has become one of his favorite forms of worship.

Im a religious person. This is going to sound weird to you. In Chariots of Fire the runner Eric Liddell says, ‘When I run, I feel His pleasure.’ And I feel that pleasure when I act and it’s going well, particularly onstage, said Jackman.

In many ways, as Christians, we often force a separation between that which we love to do on earth and that which pleases Him in heaven, But Hugh is just one prime example of how God is just as present in our daily work as he is in church.

Sometimes we worship Him through a hymn, and sometimes its through a talent He gave us that we put on display in amazing wayslike acting. 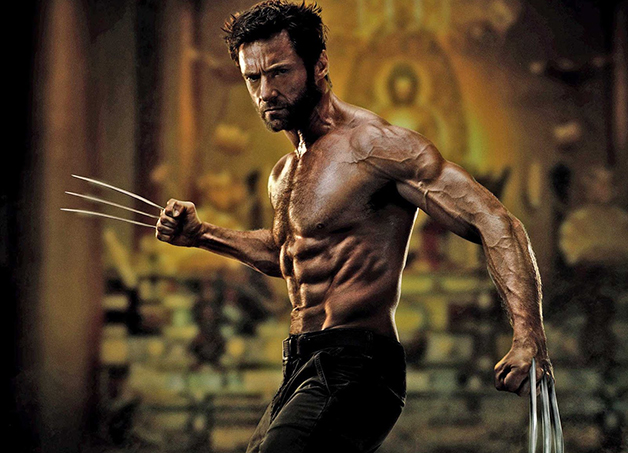 Hugh described his experience as he steps on stage:

I feel what everyones searching for, the feeling that unites us all. Call it God. Before I go onstage every night, I pause and dedicate the performance to God, in the sense of Allow me to surrender. When you allow yourself to surrender to the story, to the character, to the night, to the audience, transcendence happens. And when that happens, there is nothing like it on the planet. Its the moment people experience when they fall in love, which is equally frightening and exciting. Thats what it feels like.

Hugh Jackman is a shining example of how we all shouldsurrender our small little stages to Gods bigger platformthe one that unifies His plan and purpose along with our passions, when we allow Him to take center stage.

9 Reasons Why I Unapologetically Believe In The Power Of God