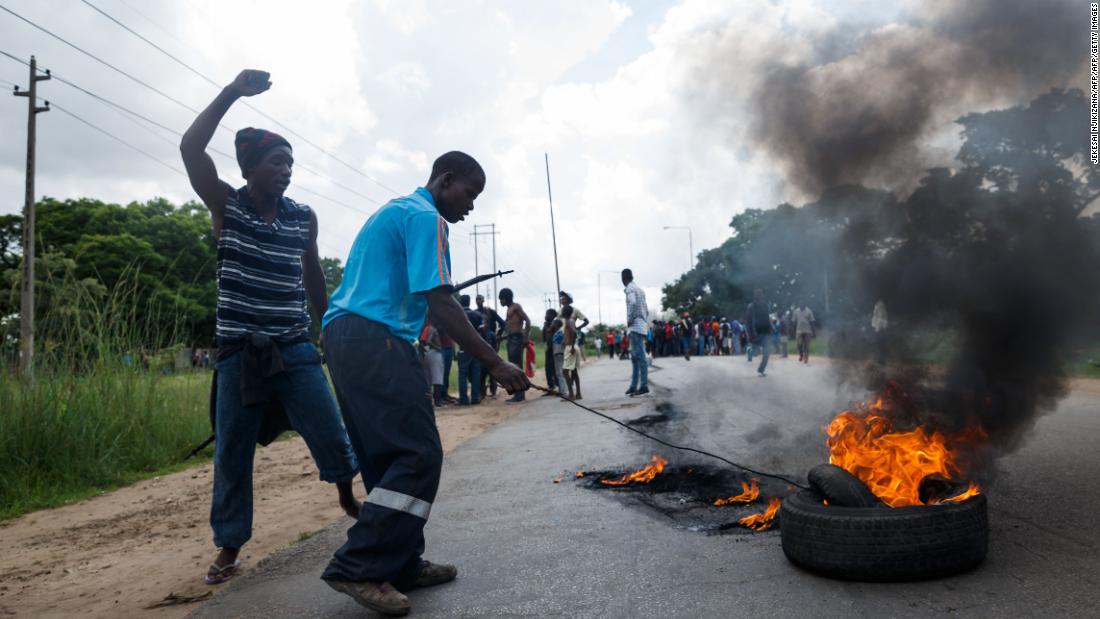 (CNN)In the Fall of 2017, Zimbabweans took to the streets in mass protests against a regime that was presiding over a broken economy and collapsing living standards.

Mugabe’s successor, Emmerson Mnangagwa, was elected the following August on a promise to stabilize the economy and allow for greater democratic freedom.
But the honeymoon has swiftly soured. The new administration is already facing major unrest with strikes and protests bringing Zimbabwe’s two largest cities, Harare and Bulawayo, to a standstill.
Schools and government buildings were shuttered Monday, with streets standing empty, and sporadic violence being reported. 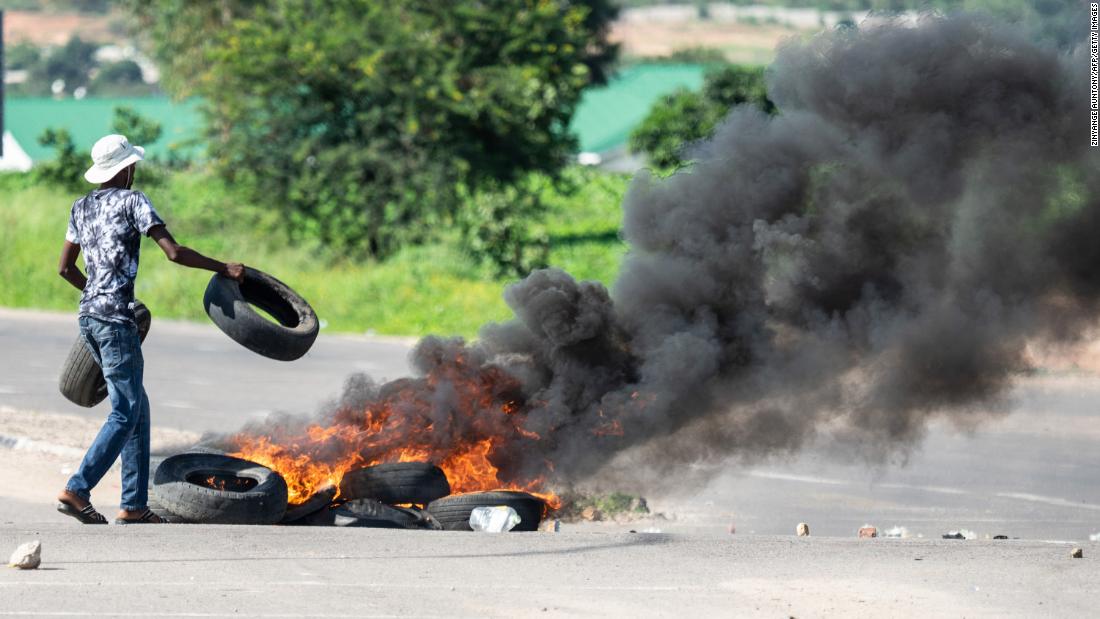 Of course, the fall of Mugabe was not a panacea for one of the most famously unstable economies in the world, in which many citizens continue to face debilitating hardships. Almost a quarter of the population live in extreme poverty, according to the UN, and the cost of commodities are rising while salaries stagnate.
This wave of protests has served to emphasize the size of the task facing the new president.

The proximal cause for the unrest is Mnangagwa’s announcement of massive fuel price hikes, with petrol rising from $1.24 to $3.31 a liter and diesel rising from $1.36 to $3.11 – making Zimbabwe the most expensive country in the world to fill a car.
The price hikes will also impact the price of many other commodities dependent on fuel, although Mnangagwa’s announcement did also include measures to “cushion” government workers against rising costs of living.
The president’s announcement was the spur for the Zimbabwe Congress of Trade Unions (ZCTU) to launch a three-day “stay away” that effectively paralyzed many of the country’s public services.

Transport and banking sectors have been among the worst-affected areas, with many teachers already on strike.
But the fuel crisis is just a symptom of a deeper malaise affecting the country.
As political analyst Derek Matyszak of the Institute for Security Studies puts it: “This unrest was a slow train that has been coming for some time…and the fuel price hike was the straw that broke the camel’s back.”

The government’s move to increase fuel prices represents part of a broader attempt to address a currency crisis that stems from 2009, and the decision to take the Zimbabwe dollar out of circulation after a period of disastrous hyperinflation that created a population of impoverished billionaires.
The US dollar became the primary currency, but a shortage of dollars led to the Mugabe government introducing a parallel system of ‘bond notes’ and electronic payments that are notionally equivalent to the dollar.
But in practice, the parallel currencies lost value against the dollar and currently trade at less than a third of the dollar’s value on the black market.

The devaluation of these currencies used to pay government salaries significantly increased the price of imports leading to rampant inflation and rocketing prices for consumer goods.
In November, inflation rates reached their highest level since 2009. The Economist recently reported that packs of nappies were selling for $49 in Harare.
However, fuel prices are set by the government, which has maintained the official exchange rate so that consumers were paying less than a third of its dollar value.

This has meant that the government was effectively providing massive subsidies for fuel and running up an unsustainable deficit, which led to further borrowing and electronic money creation that further devalued the parallel currencies.
Many Zimbabweans have grown disillusioned with these currencies and pursued alternatives, including cryptocurrencies. A surge of investment drove the price of Bitcoin above $10,000 in late 2017.
“The government effectively created a billion-dollar Ponzi scheme that is now collapsing,” says Matyszak.
“There’s no real cure for a Ponzi scheme other than a massive injection of cash – and nobody is willing to lend.” 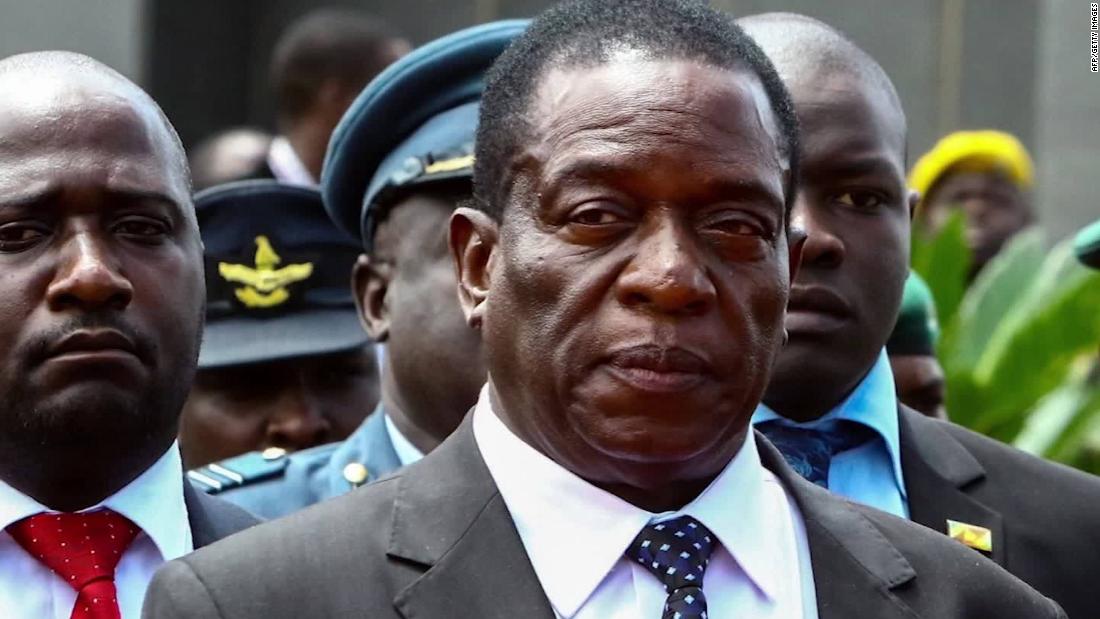 The government and new Finance Minister Mthuli Ncube have committed to a policy of consolidation intending to cutting the deficit, resolving foreign exchange shortages and curbing rampant inflation.
This has entailed pay restraint for public sector employees in addition to the new 150% rise in fuel prices – a critical factor in sparking this wave of unrest.
Economist Brains Muchemwa, CEO of finance firm Oxlink Capital, believes such measures had become unavoidable.
“The major source of instability on the market has been the unsustainable budget deficit run up by imprudent borrowing by the central government as well as direct money creation,” says Muchemwa.
“The government is trying to put a stop to the fiscal excesses that have been part and parcel of our economy.”

The current wave of protest across the country will test the government’s resolve. But Muchemwa believes it is vital that Mnangagwa’s administration stays the course.
“What is important is that the government sticks with the plan and manages the unrest as best they can while focusing on the bigger picture,” the economist says.
“Austerity does not happen without pain.”
However, ZCTU-affiliated economist Godfrey Kanyenze has argued that the government has not been transparent about its retrenchment plans and must take steps to ease the strain on workers.
“Details were not shared with the public, and this has now created a situation where the public does not share the same vision with the executive,” Kanyenze told online newspaper NewZimbabwe.com.

Back in Mugabe era?

Matyszak believes the government has no good options at this point. He believes that reinstating the primacy of the US dollar over parallel currencies, as the government has done with fuel, will reduce corruption and arbitrage in the economy.
‘Dollarization’ might also serve to win back the confidence of wary investors.
But this could also wipe “billions of dollars” of value off parallel currency holdings, while salaries and public services would also suffer.
The analyst adds that growing unrest could also lead to heavy-handed political repression.
“People might think ‘we’re back in the Mugabe era,'” says Matyszak.