Clare and Ryan Moulder, who are in their 40s, met in 1997. They live in Slough and have two children 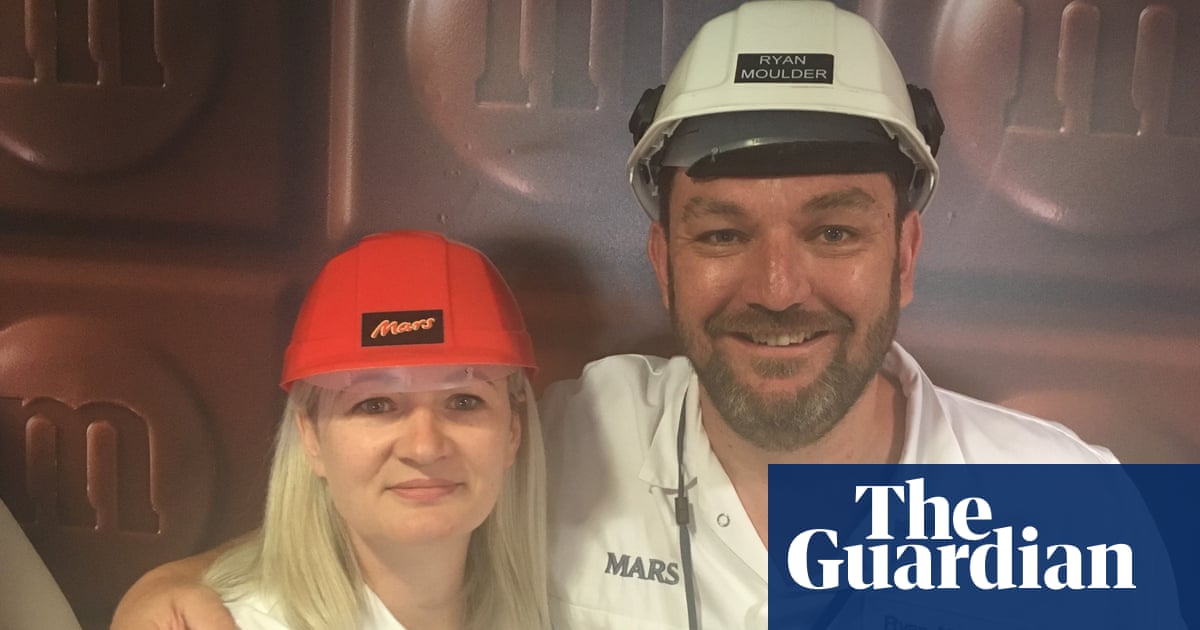 On Clare’s first day at work 22 years ago, Ryan was the first person she was introduced to. They were at the Mars confectionery company, in the wrapping area of the factory that made Twix bars. Clare was 24; Ryan was 20. “He’s 6ft 3in, dark and handsome,” she says. The head-to-toe white overalls look good on men, she adds. “I thought: ‘Wow!’ straight away. But I was at work and I thought: ‘I’m here to do a job, not find my potential husband.’”

Did Ryan notice her? “It’s a very male-dominated area, and seeing a young lady walk into the factory, and especially one so pretty, yeah, it was a big day. I remember being taken aback at how beautiful she was.”

Clare smiles. “I don’t remember you saying that.”

Although they were part of a friendly, close-knit team, the couple found it hard to get time together. Their break times rarely coincided. On top of that, Clare says her factory outfit – hairnet, hard hat, steel-toe-capped boots, white overalls – was not the most flattering. “I had to do my best every day to look as good as I possibly could,” she says. “My eyebrows would be done, although I couldn’t wear too much makeup.”

She says he was oblivious to the fact she liked him. “I would try to engineer it so we were on the same break pattern, and I’d try to organise lots of social events,” she says. Did he like her? “I did,” says Ryan. “But I’m not a very macho, chase-the-ladies sort of person.” It took about six months of Clare “being quite underhand”, she says, before they got together on a night out, and Ryan says they have been pretty much inseparable ever since.

They moved in together six months later and worked together on the factory floor for another two years. “You spend a lot of time with those people who are working the same shifts as you,” says Ryan. “It was young love and we didn’t want that space – we were quite happy spending all our time together.”