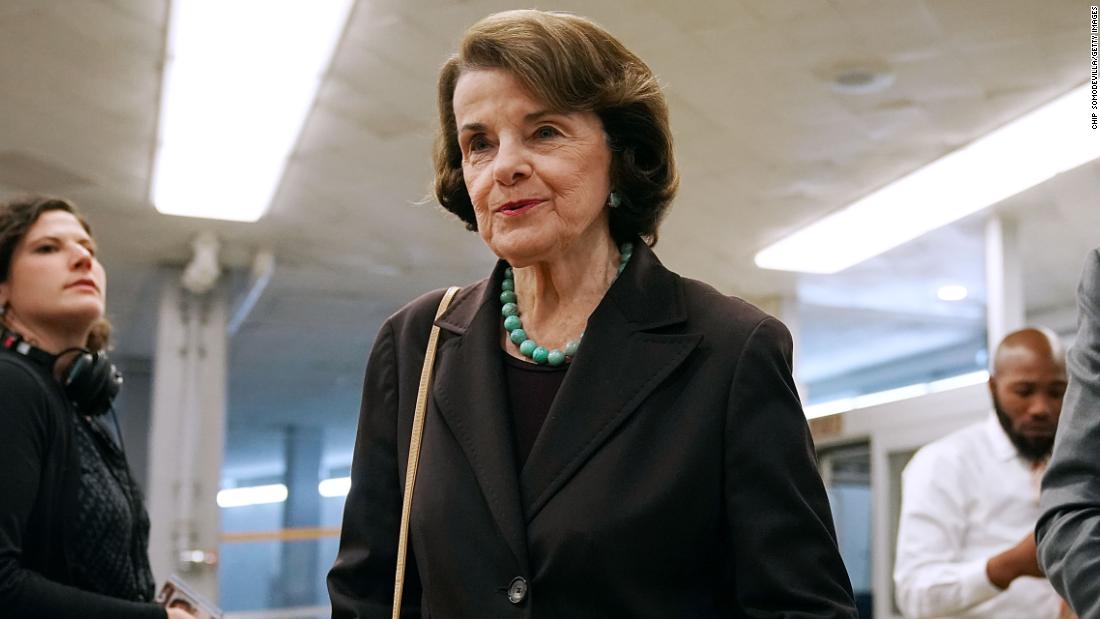 He’s also helping her win it.
Feinstein emerged this week as Trump’s chief Democratic tormenter of the moment. Just on Tuesday, she nudged Trump into a position that startled Republicans and required clarification during an immigration-focused meeting in the Oval Office. She also took the extraordinary step of releasing an important transcript from the Senate Judiciary Committee’s Russia probe without the Republican chairman’s sign-off.
For that, the President gave her something reserved for the political foes who annoy him the most: a nickname.
“The fact that Sneaky Dianne Feinstein, who has on numerous occasions stated that collusion between Trump/Russia has not been found, would release testimony in such an underhanded and possibly illegal way, totally without authorization, is a disgrace,” Trump tweeted Wednesday morning.
Speculating about Feinstein’s motivations, Trump added: “Must have tough Primary!”
“Sneaky Dianne” does in fact face a potentially tough primary challenge. Kevin de Léon, the California state Senate president, is challenging her from the left — charging that Feinstein hasn’t been aggressive enough against Trump.
The seed of de Léon’s challenge was planted in August 2017, when Feinstein said at an event at the Commonwealth Club in San Francisco that Trump could still be a “good president.”
“Look, this man is going to be president, most likely for the rest of this term,” she said then. “I just hope he has the ability to learn, and to change. And if he does, he can be a good president. And that’s my hope. I have my own personal feelings about it.”
Feinstein expressed a healthy skepticism that Trump could turn things around.
But California is an overwhelmingly Democratic state where progressives pride themselves on being at the forefront of the anti-Trump resistance, so the moment did not go over well. Tom Steyer, the billionaire megadonor who is calling for Trump’s impeachment, was publicly weighing a Senate primary challenge of his own. 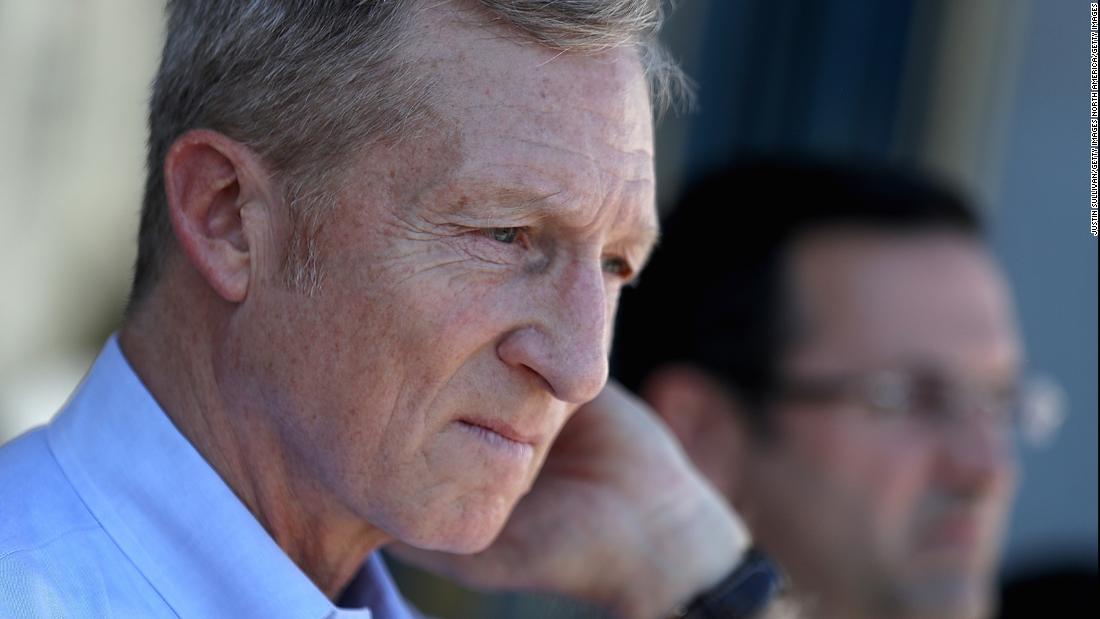 It was no surprise that Feinstein’s critics seized on her assertion that Trump “can be a good president” — and at the time, she had to quickly backtrack.
Today, though, the moment looks much different.
In August, the 2016-style divide in the Democratic Party had progressives demanding all-out opposition to Trump.
Now, the #MeToo moment dominates the political landscape on the left. And Feinstein is a powerfully placed female lawmaker with a reputation on Capitol Hill that allows her to take on Trump from a position of authority and credibility — all qualities that existed before, but have now taken on increased political importance following a cultural reckoning that called out powerful men who abused their power and sought to elevate women’s voices.
“Clearly doing something right!” tweeted House Minority Leader Nancy Pelosi, D-California, after noting that Feinstein had earned a Trump nickname.
The two events most likely to have irritated Trump occurred at almost the same time Tuesday.
During an immigration-focused meeting at the White House on Tuesday, she suggested that Congress could pass the “Dream Act” alone, providing a path to citizenship for children covered by the Deferred Action for Childhood Arrivals program — set to expire in March.
Trump seemed to agree — catching Republicans off guard and forcing House Majority Leader Kevin McCarthy, R-California, to interject that border security measures would need to be part of the package. Trump said that’s what he thought Feinstein meant, and a round of clarifications ensued.
The same day, she took the unusual step of releasing — without the Republican chairman’s sign-off — the transcript of the Senate Judiciary Committee’s August interview with the founder of the opposition research firm Fusion GPS, which commissioned a dossier detailing Trump’s alleged ties to Russia.
Speaking with reporters Wednesday, Feinstein brushed off Trump’s attacks, noting that her release of the unclassified transcript was not illegal. She was only concerned that she hadn’t notified Senate Judiciary Committee Chairman Chuck Grassley, R-Iowa, beforehand.
“I meant to tell him, and I didn’t have a chance to tell him, and that concerns me,” Feinstein said. “That transcript has become so abused that time has come for people to take a look at it.”
As for the “sneaky” label, she said, “He tends to call people names very quickly, so I’m not alone.”