The US president often closes an eye to autocrats. But there are ways to prevent him from drawing too close to leaders like Duterte 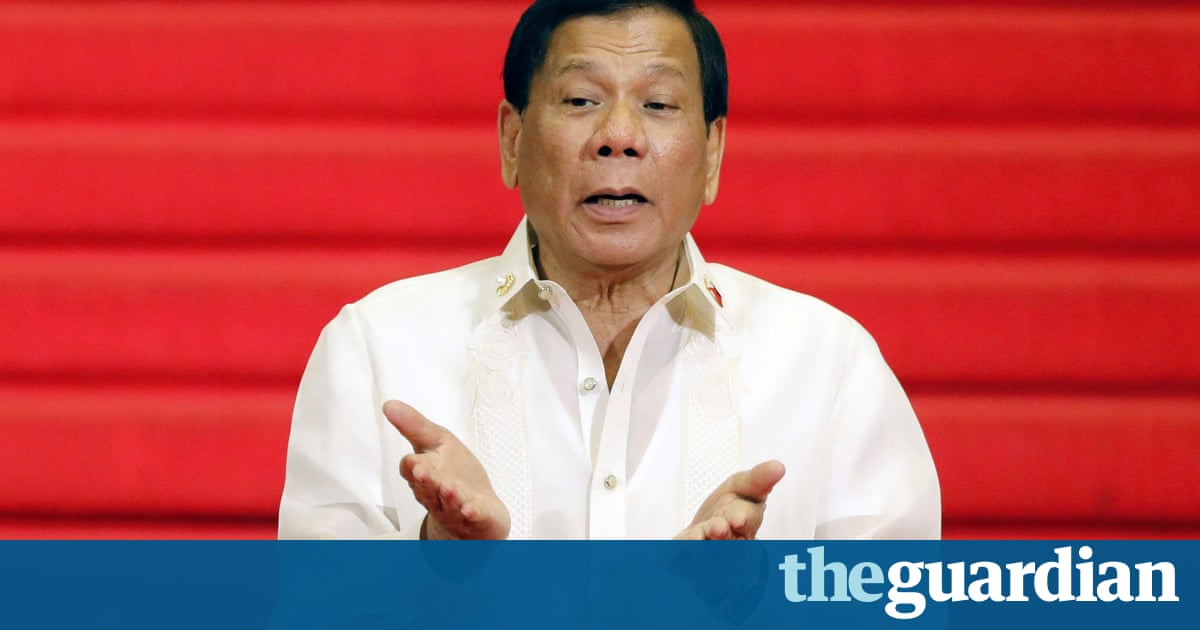 Donald Trumps invitation for Rodrigo Duterte, president of the Philippines, to visit the US further reveals his tendency to embrace authoritarian strongmen abroad. The main question, though, is not whether Duterte should be invited (he should not). Rather, the real question is how should the US under Trump who himself holds traits of the strongman deal with an allied country that has democratically elected an autocrat like Duterte?

Since taking office, Duterte has embarked on a widespread anti-drug campaign in the Philippines that has resulted in the killing of thousands of Filipinos, often carried out by the police or groups affiliated with the authorities. Human Rights Watch claims that at least 7,000 people have died as a result. A lawyer in the Philippines has accused Duterte of crimes against humanity. Duterte has bragged about personally gunning down people when he was a mayor.

But the Philippines is an important US ally in a strategically vital region. Presidents Barack Obama and Benigno Aquino III Dutertes predecessor revamped the alliance partnership in part because of growing Chinese assertiveness that threatened the Philippines and USs interests in the South China Sea. The Philippines and the US have also worked together to fight an Islamic terrorist insurgency in the southern part of the country, where US special forces have operated alongside Filipino counterparts for years.

This complicated dynamic is nothing new to the US. For decades it has tried to balance strategic interests in partnering with autocratic regimes while trying not to condone the domestic policies of those partners. This is perhaps even more complicated in a democracy like the Philippines, which elected Duterte freely and fairly, and where Duterte draws high levels of support.

Trumps election, however, has added a new twist. Trump often criticizes aspects of the American democratic system, including calling our system of checks and balances a bad thing for the country. He has twice attempted to implement his Muslim ban, and attacked judges who have intervened to block the ban. Trumps chief of staff said the administration is looking into ways to curb the medias right to criticize the president, including potentially through changes to the first amendment of the constitution.

While an average US president would set a tone across the government to downgrade engagement with the Philippines, its clear Trump is unwilling to do that. Instead, Trump is praising Dutertes violent campaign.

First, Trumps staff needs to keep the two leaders apart. The invite to the White House should not go forward. And when Trump goes to Manila in the fall for the annual Asean summit something he should do to advance important US interests in Asia the White House should avoid a bilateral portion of the visit, limiting Trump and Duterte to a short, closed-door meeting. This may be a tall order when the presidents instincts go the other direction, but its when good staff work is most necessary.

Second, the US should begin withholding certain types of assistance, and should continue the trend that the Obama administration started to move law enforcement assistance to other areas such as maritime security and human rights training for police. The US should also scrupulously enforce the Leahy law, which prohibits security cooperation with individuals and entities involved in human rights abuses.

Third, Congress must make its voice heard. If the president wants to embrace an autocratic leader like Duterte without any costs, Congress should assert its oversight authority. This means not only criticizing the Trump administration, but also potentially legislating restrictions on how the US engages with the Philippines.

Fourth, the US needs to manage alliance issues at lower levels. The importance of the US-Philippines alliance will outlast the terms of both Trump and Duterte; weathering this storm with the alliance intact is crucial. Maintaining maritime security cooperation, coordination within regional institutions and work on counterterrorism and trafficking can be done below the cabinet level. And US officials should voice concerns over human rights violations publicly and privately.

Fifth, civilians in the US and the Philippines need to speak up and act. Concerned constituents in both countries can play an important role in getting their governments to care about human rights abuses in the Philippines.

The US has dealt with leaders like Duterte before, but not when led by a president that possesses a similarly undemocratic strongman streak. The problem goes beyond the Philippines: Trump congratulated Turkish president Recep Tayyip Erdoan on his success in eroding Turkish democracy, praised Egyptian dictator Abdel Fatah al-Sisi and invited Thai coup leader Prime Minister (and general) Prayut Chan-ocha for a White House visit. Blunting Trumps worst instincts will require a motivated and savvy US bureaucracy and a vocal and active Congress.

Michael H Fuchs is a senior fellow at the Center for American Progress. From 2013 to 2016 he was a deputy assistant secretary of state for east Asian and Pacific affairs.