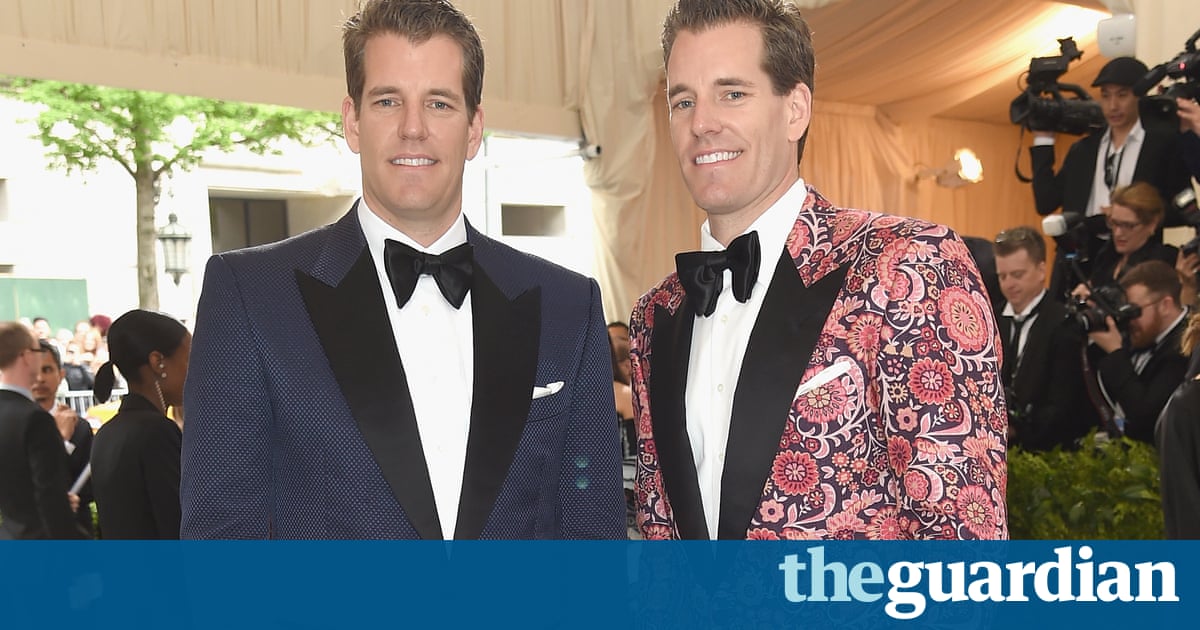 Also known as: The Winklevii.

Because they’re identical twins? Yup. You might remember them from The Social Network in 2010.

Vaguely. So they’re actors, are they? No. They’re venture capitalists and entrepreneurs. In 2008, they rowed for the US at the Beijing Olympics, finishing sixth. In the film, Armie Hammer played both of them as a kind of two-man master race. As one of them put it in a memorable line of dialogue, “I’m 6ft 5, 220 pounds and there’s two of me.”

Nice. But why make a film about them? Because they were at Harvard with Mark Zuckerberg, who they later sued, claiming he stole their idea for a website that they called Harvard Connection, but which he called the Facebook. (Dramatic music.)

And did he? Steal the idea, I mean? Oh, God, that’s just too complicated to get into. The Winklevii launched numerous lawsuits about it, and got about $65m (£48m) worth of Facebook stock, which wasn’t much at the time.

Oh, yeah. Sure. These guys probably spend $65m on lunch. In fact, they spent $11m of it on bitcoin, so they’ve probably cheered up a bit.

Bitcoin. There’s a word I don’t understand. It’s a crypto-currency.

There’s another one. Think of it as an electronic token, which can be owned and traded. Like normal money, it has value because other people consider it valuable. The number of bitcoins in circulation is strictly controlled by a clever bit of software that nobody can hack, called the blockchain.

Holy moly! That’s right. Not counting the value of their other investments, the Winklevoss twins have just become the world’s first bitcoin billionaires. Apart from Satoshi Nakamoto, bitcoin’s mysterious inventor, of course.

Please don’t explain who he is. Well, there are lots of intriguing theories …

Do say: “They’re not billionaires – they’re half a billionaire each!”

Don’t say: “Just $73bn to go and they’ll catch up with Zuckerberg.”