The campaign to cut off heroin supplies has encouraged the growth of labs producing the opioid. We need to instead embrace a public health approach, writes George Karantinos 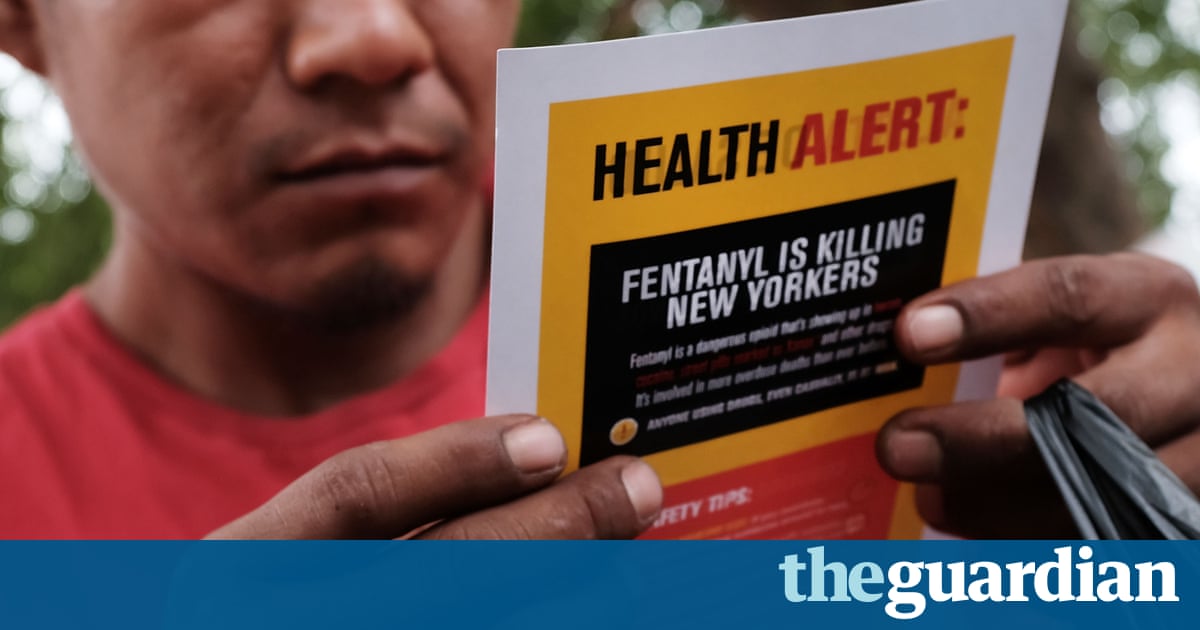 A staggering 59,000 people died of drug overdose in 2016 according to a recent New York Times analysis. Annual overdose deaths in the US have already surpassed those inflicted by Aids at its peak.

Sparked by big pharma’s criminal mismarketing of opioid painkillers, the overdose epidemic rages to new heights with the increasing street presence of illicitly manufactured fentanyl, a fully synthetic opioid 100 times more potent than heroin. Without an immediate massive investment in harm reduction and treatment, this toll will only worsen, even if the specter of carfentanil, a synthetic opioid 100 times more powerful than fentanyl, is held at bay.

As a medical student I have seen addiction wreak havoc on my patients’ lives even when it does not kill them. One of the first surgeries I assisted was for a patient whose heroin addiction had, for years, interfered with his diabetes care. Diabetes impairs healing and so when my patient ignored a misplaced snip from a toenail clipper it spiraled into a festering foot sore and then a spreading bone infection. We had to amputate at the knee to save his life.

Before medical school, I had an even closer look at addiction while, as an ethnographic researcher, I lived for more than four years on an open-air heroin selling corner in Philadelphia interviewing dealers, users and their families.

Over those years, even before the growing presence of fentanyl, dozens of people died of overdoses in the garbage-filled train tracks immediately adjacent to my block. Now those tracks have turned into a veritable mass grave as the body count in Philadelphia continues its precipitous rise, as it does across the country.

Sadly, a month ago, Paul Yabor, a friend and committed harm reduction and HIV/Aids activist, added his life to the tragic count. He was found face down among hundreds of discarded syringes, next to the same tracks that we had so many times walked by together. Struggling for decades with addiction, Paul faced historically unprecedented risk in his last relapse because of the fentanyl increasingly flooding the streets.

But there is no mystery to why fentanyl is taking over. It is the direct consequence of market pressures produced by the war on drugs. Eradication efforts targeting acres of South American poppy fields aiming to cut off the heroin supply have instead encouraged the growth of fentanyl-producing labs with much smaller footprints in China and Mexico.

A few grams of fentanyl can earn smugglers the same money as kilograms of heroin. Drugs have become stronger and more frequently synthetic because they are easier to smuggle and easier to produce. Imperfect dilutions of these ultra-concentrated synthetic opioids for street consumption lead to dramatic variability in the potency of each dose driving the grim statistics.

In the 1980s, energetic marijuana interdiction led to a repurposing of trafficking routes towards less bulky and more lucrative cocaine. Even before widespread fentanyl, the potency of street heroin had already been steadily increasing. Each pyrrhic victory of the war on drugs has left us with stronger and more harmful drugs.

A tragic irony of Paul’s death is that he was in the middle of advocating for a supervised injection facility in the neighborhood to replace the filthy, dangerous spaces where hundreds of doses of heroin are injected daily.

Supervised injection facilities are an evidence-based way to keep people alive by allowing them to inject drugs under medical supervision during this uniquely dangerous time to struggle with addiction. There are already more than 100 of these facilities in 66 cities across nine countries including Canada. None of these countries is facing the scale of the crisis that we in the US face and yet they rightly eschew moralizing for the sake of public health. A facility like this in the US would start saving lives the day it opens.

While pursuing necessary emergency measures, like supervised injection facilities, we need to also make every investment to achieve treatment on demand. Currently, only 10% of those in need of addiction treatment receive it. Buprenorphine and methadone are two evidence-based options for opioid agonist therapy that have repeatedly been shown to reduce death and support recovery and yet we drag our feet in matching access to need.

A crisis of this magnitude demands an energetic, open and scientifically-grounded consideration of every available tool at our disposal and the political will to follow where the science leads. The moralizing punitive logic of the war on drugs helped lead us into this crisis. Only a public health approach can lead us out.