Black students are far more likely to take on debt for a degree than white students. Now, Trump is making it even harder to pay those debts off 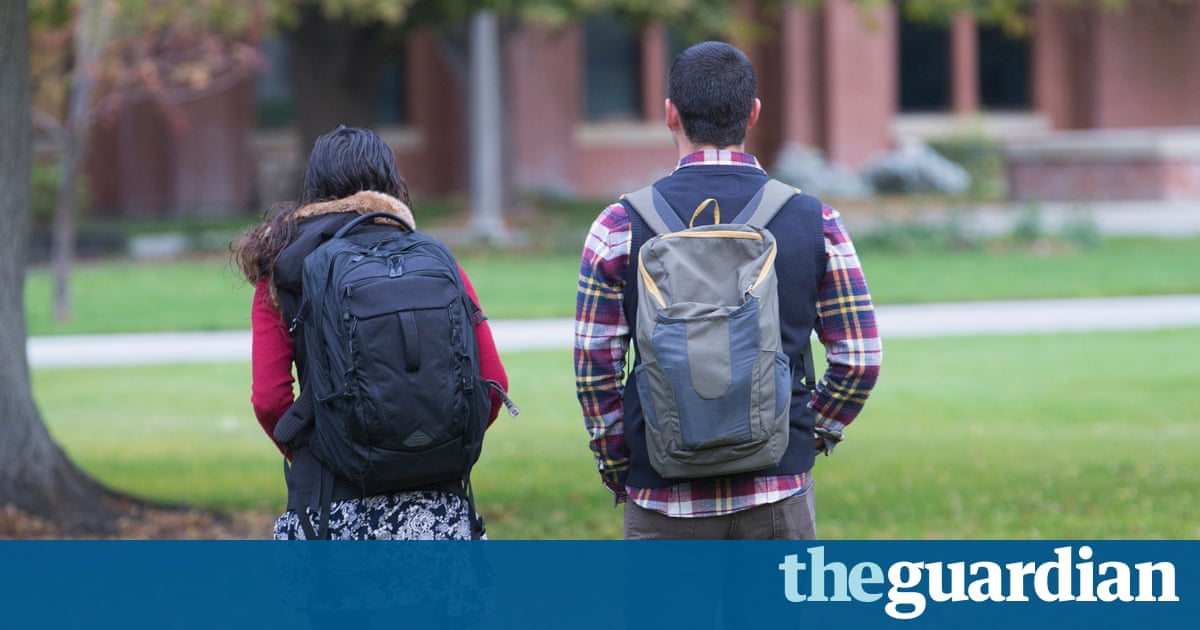 Earlier this month, led by Massachusetts Attorney General Maura Healey, 18 states and the District of Columbia filed a federal lawsuit against Education Secretary Betsy DeVos. Among other things, the suit alleges that the Trump administration illegally slow-walked a rule designed to provide an easy path to loan forgiveness for student borrowers who have been defrauded or deceived by predatory colleges and universities.

The coalition of state Attorneys General argue that this delay in implementation of this Borrower Defense to Repayment rule, places students and borrowers once again at the whims of colleges, especially for-profit colleges, that have used predatory tactics to enroll students and load them up with debt, while too often delivering very little value to show for their degrees.

Borrower Defense was written in the aftermath of the collapse of two giant for-profit college chains ITT Technical Institute and Corinthian Colleges, each with many former students who are still awaiting relief that they are entitled to under law.

So, it may seem puzzling that, of all the possible actions to take on higher education, the Trump administration would prioritize undermining a basic process for students who have been ripped off especially during an era of record-high student loan debt.

Unfortunately, this is but the latest in a series of actions by the Trump administration that will inevitably harm our nations working class students and students of color.

Besides delaying loan relief, the Trump administration and congressional Republicans have proposed deep cuts to programs that help students navigate an increasingly costly higher education system, and cut enforcement for civil rights and other basic consumer protections for students and borrowers.

This hostility against students of color was not a foregone conclusion in the early days of the Trump administration. In late February, President Trump signed an executive order that, while more symbolic than substantive, announced his new administrations commitment to Historically Black Colleges and Universities (HBCUs) and hinted that they may be in for more federal support.

Yet this overture was short-lived.

In addition to suspending the Borrower Defense rule, DeVos announced that pieces of another rule, known as Gainful Employment, would also be delayed and eventually be rewritten. Gainful Employment, carefully negotiated over several years during the Obama administration, cuts taxpayer subsidies (such as Pell Grants and federal student loans) to college career programs whose former students debt burdens and income levels are consistently out of whack.

Faced with a toxic combination of dismal graduation rates, exceedingly high prices, and billions in taxpayer funding through loans, grants, and veterans benefit, the Obama administration created these rules with the express purpose of shielding students from colleges that provide little value in the labor market. Under the Trump administration, those programs may once again be exempt from consequences.

Besides retaining basic consumer protections, a forward-thinking administration would make smart investments in the students who have the greatest trouble accessing and affording high-quality programs. But the Trump administrations budget proposal would also slash higher education programs across the board.

Cuts to and Medicaid would also put up to 5.6 million students at risk of losing health coverage. Finally, giving the lie to the hype of Trumps February summit with HBCU presidents, funding for HBCUs would remain flat. Taken together, this agenda makes it more likely students will need to borrow while in college and less likely that theyll receive the services many desperately need in order to graduate and get a good job.

To understand why the Trump-Devos deregulatory agenda, and the austerity that accompanies it in the Republican legislative agenda, most hurts working-class, as well as black and brown students, its important to understand how our current system of postsecondary education reflects, and often perpetuates, racial and economic inequality in American society.

Black students are far more likely to take on debt for a degree than white students, and young black households have more student debt despite fewer educational opportunities and a more uncertain payoff in the job market. For-profit programs enroll a disproportionate share of working class students, veterans, and students of color and account for an outsized share of loan borrowing, defaults, and delinquencies.

Black and Latino students are more likely to take on debt but not complete a degree at for-profit colleges, leaving them with debt to repay and without a credential that could give them a fighting chance at the middle class.

Further, cuts to job training programs, food assistance, and Medicaid would leave much of the vaunted white working class, with fewer opportunities and greater financial uncertainty, making them more likely to take on debt, enroll in a low-quality program, or avoid furthering their education and skill-building altogether.

One would have hoped that, in an age when some postsecondary education and training is more or less essential for financial security, an administration that has focused so much rhetoric on the forgotten working class would make critical investments to help them find some foothold in the middle class.

Instead, they have run a scorched-earth campaign that would decimate programs that help students get to and through college, and created an environment in which predatory actors will face fewer consequences.

Last year on the stump, candidate Trump requested communities of color for their vote, asking pointedly, what do you have to lose? With his Education Secretary allowing predatory actors to thrive, delaying loan relief, and showing little interest in investing in the most diverse generation of students and workers in American history, the answer seems to be quite a bit.