Ten years ago, Kim and co were widely agreed to look ridiculous now their ludicrous get-up has gone global 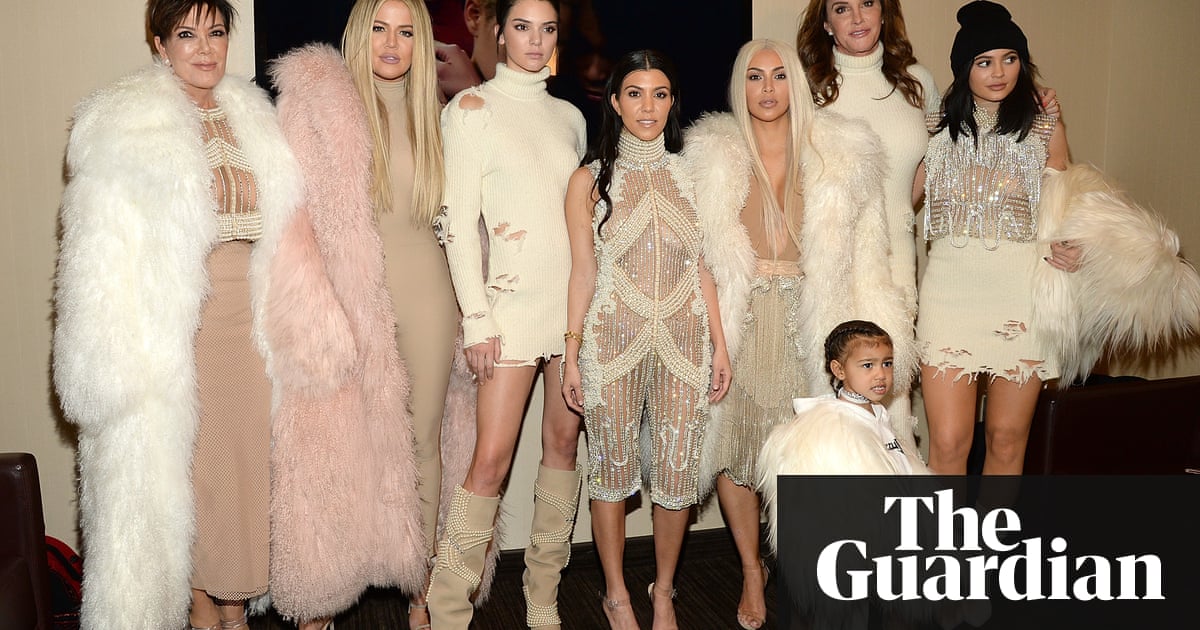 I think I’m being stalked by the Kardashians. Everywhere I go I see them. Are they just really busy or am I losing my mind?
Steven, by email

Both. I may not have any actual qualifications to diagnose mental disorders, being only accredited by the Royal College of Banging on About Clothes. But then, neither did Lucy van Pelt and I consider the wisdom she dispensed from her psychiatrist booth (sample quote: “Maybe you’re normal and maybe you’re not”) to be some of the wisest words ever uttered by a medical professional. So what I’m saying is: the doctor is in!

But in truth, Steven, while you may be losing your mind, and the Kardashians are undoubtedly extremely busy advertising sweets that claim to suppress one’s appetite and talking about their post-baby diets (and people dare to say these women aren’t amazing female role models), that is not why you are seeing them everywhere. The fact is, we are now living in a Kardashian world and there is no point in fighting it any more.

There was a point when the Kardashians were widely agreed to look ridiculous, and that was sort of their point. So absurdly over-made-up, so untouchably synthetic, so Barbie-ish – that wasn’t how young women wanted to look! They wanted to look wholesome and sexy, like Miranda Kerr or the Hadid sisters or Karlie Kloss. Not like a terrifying sex glamazon.

But if there’s one thing the Kardashians have taught us, it’s that they are not to be underestimated. Their ridiculous faux-reality show is, unbelievably, still going, and while most of the men in their various lives have fallen away in rather dramatic fashions, the Kardashian women just keep on trucking, like Terminator cyborgs marching ever forward, utterly unfazed by the bodies they leave in their wake. (To recap: Rob Kardashian put on weight and went into semi-seclusion; Lamar Odom had extreme substance-abuse problems; Caitlyn Jenner came out as trans; Scott Disick was last seen dating a teenager.)

So I guess it shouldn’t be that much of a surprise that they have managed to convince the world that their ludicrous get-up – all lip gloss and dead eyes and Lycra – is the best look, but, indeed, they have, and it has gone fully global. Makeup companies still openly boast about their “contouring kits” – a classic Kardashian look – and just look, next time you’re in a train station, at all the adverts for women’s high street clothing stores and marvel how in every one the models look like Kardashians. The models in adverts for labels such as Quiz Clothing and Boohoo all look like cutprice Kims and Kylies and, boy, is it working: the former’s online sales were up by a third last year while the latter’s sales doubled over Christmas.

Nor are other celebrities immune to the brainwashing-I-mean-influence. Ariana Grande and Selena Gomez, both of whom have grown up in the Age of Kardashian, have become notably more Kardashianised of late. Even Jenner looks astonishingly Kardashianised; she was able to make the leap to expressing herself as a woman, but could only imagine one type of woman. Winnie Harlow recently gushed on Instagram that Kim is: “One of the realist [sic, on multiple levels] and most down-to-earth people in any industry I’ve ever been around … Keep inspiring women around the world to be themselves.” Kim inspires women to be themselves? She doesn’t even inspire herself to be herself, as all of us who remember how she used to look when she was Paris Hilton’s lapdog know. Well done, Kim: your reprogramming of Harlow was especially thorough. (The eminently sensible Adwoa Aboah replied in the comments: “Is this a joke babe … In what world has she inspired women to be themselves?” Let the record show that this column loves Aboah.)

So there we are, Steven. The world has been taken over by the Kardashians as surely as New York was taken over by the Stay Puft Marshmallow Man, but, instead of being covered with gelatinous white gunk, we are drowning in images of pouting young women soaked in fake tan – and not even the Ghostbusters can help us. I would say not to worry, this is just a fad, but this is the Kardashians, so maybe it will last for ever. Truly, this is the bad place.