In liberal media, Comey delivered a telling blow to the president but among conservatives, the FBI directors testimony merely vindicated Trumps story 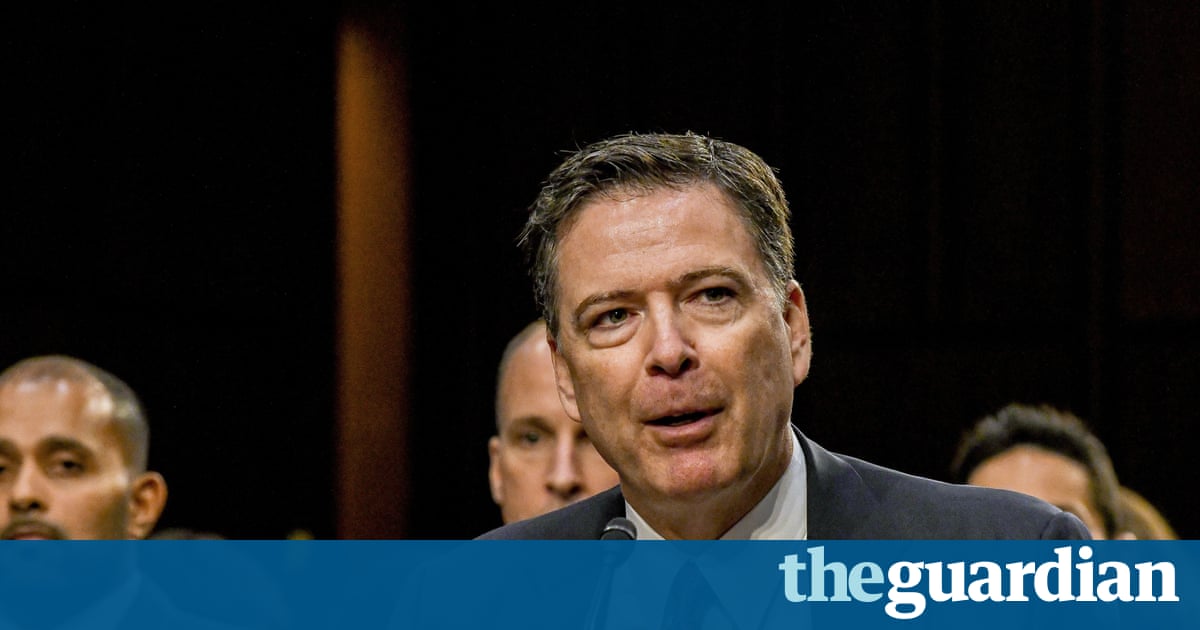 The fallout from James Comeys testimony to the Senate intelligence committee on Thursday is a perfect illustration of the nature of the bubbles we aim in this column to burst. In liberal media, the story Comey told has been characterized as damning, a bombshell, a telling blow. In conservative media it has been widely characterized as a victory for Donald Trump. (This morning, Trump himself described it as total and complete vindication on Twitter, suggesting he might have been checking in on these assessments.)

From a messy and strange situation brought about in large part by Trumps sheer ignorance of protocols and his impulsive tweeting the right has found reasons to wave aside concerns about the way he approached, and cajoled the FBI director. The trouble is, they may be on to something if Trump has not redeemed himself with his skeptics, he was not struck a killer blow.

Why you should listen: A recent documentary, Get Me Roger Stone, portrays its subject as the embodiment of Washington sleaze, a portrayal that Stone has no problem with. Hes become a de facto co-host on the Alex Jones Show, after cultivating Jones as a vector for pro-Trump messages last year. It was reported early on that he may have had a hand in persuading Trump to fire Comey. Listen to Jones and him kick back and, incredibly, mock other people as conspiracy theorists.

Extract: From 4:07 you get a patented Jones rant and a self-satisfied Stone performance that carries a whiff of sulphur.

Trump was ham-fisted with Comey. But is that criminal?

Author: Matt Welch is editor-at-large for libertarian mothership Reason, and used to be its editor-in-chief. He has placed libertarian opinion in a range of newspapers at the quality end of the market, including the LA Times.

Why you should read: The hype around Comeys testimony, and the expectation of some that he would deliver an impeachment smoking gun, makes assessments like Welchs possible. He asks: if Trumps actions dont add up to obstruction of justice, can we really impeach him for being clueless? What if there is no there there? What if he is just an ignoramus and not, probably, a crook?

Extract: But in the meantime, and in the absence of potentially damning information about, say, Trumps financial relationships with Russian entities, we may be blundering into a kind of worst-case scenario. What if under all that smoke theres just smoke? What if the presidents misbehavior is due to incompetence and boorishness, not corruption and collusion? Are we really prepared to impeach a guy over a tweet?

The six most important revelations from the Comey hearing

Author: Colin Madine is one of the many reporters who flutter around the troubled alt-right website, cranking out pro-Trump talking points and fanning conspiracy theories.

Why you should read: Breitbart is your go-to for the snappiest presentation of what pro-Trump media is taking away from Comeys testimony. The six things they list are either exculpatory of Trump, or damning of his enemies such as Comey and the New York Times. Youll hear versions of the same list repeated relentlessly on talk radio in coming days. Youll also notice how popular little Marco Rubio has suddenly become among the presidents supporters after his grilling of the former FBI director.

Extract When questioned by Rubio, Comey answered that Trump was not under investigation by the FBI. It was also revealed that congressional leaders had previously been briefed on this fact. This morning Judicial Watch president Tom Fitton joined Breitbart News Daily and predicted this fact. Fitton called allegations against Trump gossip and a nothing burger.

Author: The editors aka the voice of movement conservatism

Why you should read: National Review has had its problems with Trump, and why not? His rise signaled that movement conservatives power of the Republican party has drastically waned. But at the end of the day they will always hate liberals and Democrats more. Watch them grudgingly argue that Comeys testimony has cleared Trump of any impeachable offence.

Extract: In other words, Comeys testimony largely backed up what has seemed to be the case for a while: The president, hypersensitive to unfriendly press coverage, behaved irresponsibly by badgering his FBI director about an ongoing investigation and creating yet another situation in which James Comey would have to choose one side of a partisan divide not unlike the situation into which he was put by Loretta Lynch during the Clinton email investigation. Given his legal power over the FBI director he has the authority to end any investigation, provided the motivation for doing so is not corrupt, and he has the authority to fire the FBI director at will it is incumbent upon the president to avoid creating any impression of a conflict of interest. Donald Trump did not do that. However, this is still a far cry from obstruction of justice, as defined by law.

Author: Stephen F Hayes is editor in chief of neocon magazine the Weekly Standard, which still nurtures the #nevertrump scepticism it forwarded during the primaries and the campaign.

Why you should read: Hayes makes the obvious point that Trump got himself into this mess with reckless and undisciplined use of social media. Its not just himself hes hurting of course other recent Trump tweets may have poured gasoline on a simmering situation in the Gulf. How do we get him to limit his scree time?

Extract: But there is no doubt that his tweeting as president has done extraordinary damage to his presidency including, but not limited to, directly leading to the naming of a special counsel. … The prospect of their conversations having been taped never occurred to me until the presidents tweet, Comey testified later. Im not being facetious. I hope there are and Ill consent to their release.