From Gail Porter being beamed on to parliament to #refugeeswelcome lighting up the cliffs of Dover, this nifty visual trick has become a go-to viral hit for activists. As Twitter boss Jack Dorsey can confirm, its simple, eye-catching and you cant rub it off 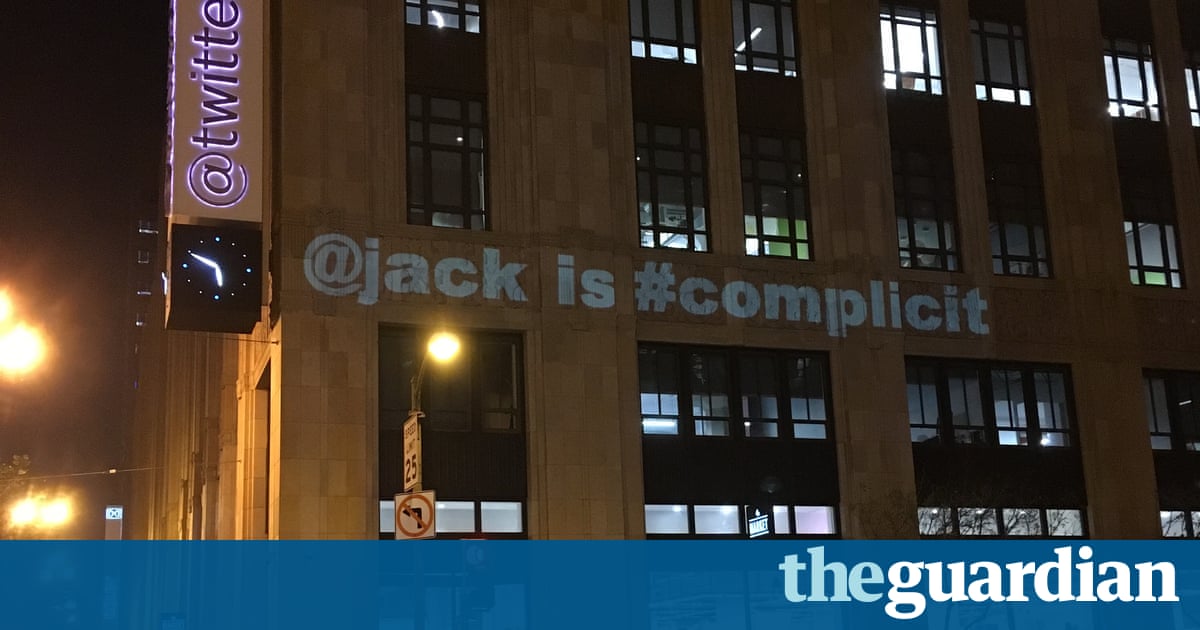 By the standards of a guerrilla artform with unlikely roots in Cool Britannia, the latest example was modest, if direct. On Tuesday night, an activist group in San Francisco projected a brief message on to the walls of Twitter’s headquarters: “@jack is #complicit”.

As photos of the projection went viral (on Twitter, naturally), Resistance SF explained on its Facebook page that it was accusing Twitter co-founder and CEO Jack Dorsey of “amplifying a madman” and “endangering the world” by maintaining a platform for Donald Trump.