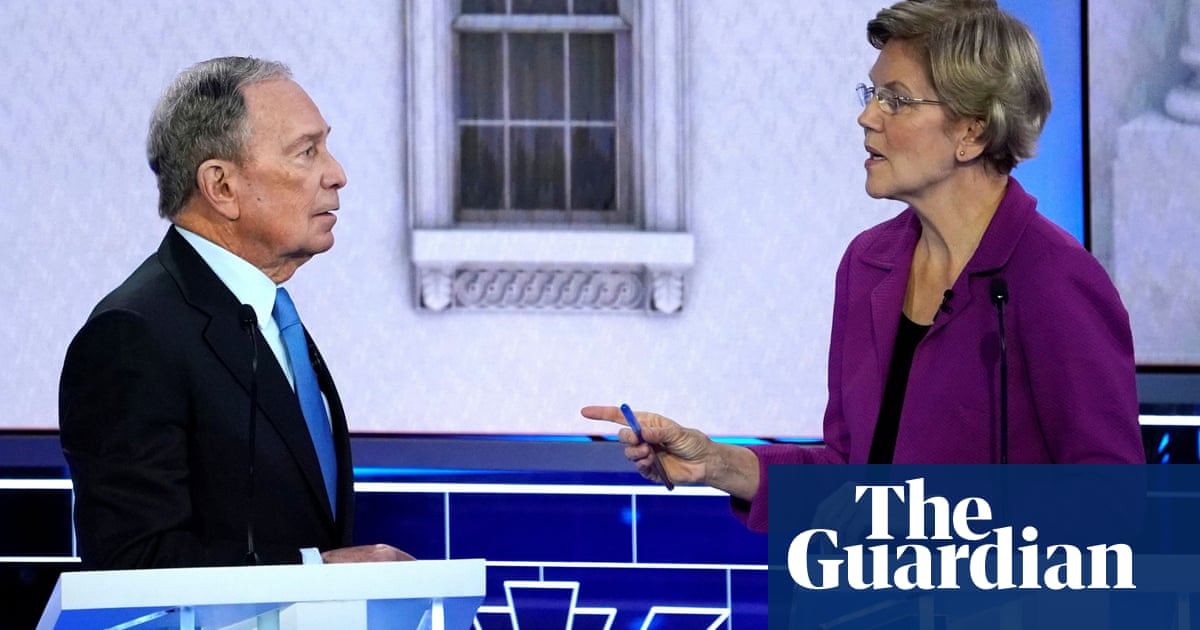 Mike Bloomberg announced he was ending his presidential campaign on Wednesday after a dismal Super Tuesday run. But the former New York mayor’s bid for the White House really ended two weeks ago, when Elizabeth Warren destroyed him on the debate stage.

The ninth debate in the Democratic primary series was the first one Bloomberg had qualified for, having spent $400m to help reach the threshold he needed in a series of national polls. But little did he know what would happen. Or that Warren was lying in wait.

Barely two minutes into the debate in Las Vegas on 19 February, and ignoring a moderator’s question, Warren turned to Bloomberg.

“I’d like to talk about who we’re running against – a billionaire who calls women ‘fat broads’ and ‘horse-faced lesbians’,” she started off. “And no, I’m not talking about Donald Trump. I’m talking about Mayor Bloomberg.”

And she wasn’t done there. Warren went on to eviscerate his record on his less-than-transparent tax returns; on harassing women; on the racist legacies of his stop-and-frisk policing program in New York; and on redlining poor neighborhoods.

The whole thing lasted for less than a minute, but reframed Bloomberg as not just a billionaire trying to self-fund his way to the top, but someone who shared Trump’s moral failings.

The next two hours only got more heated, with the rest of the presidential candidates following Warren’s lead. Later in the debate, Warren returned to the topic of Bloomberg having requested female employees to sign non-disclosure agreements (NDAs) relating to sexual harassment and gender discrimination in his company’s workplace.

In the days after, Bloomberg, who had seen some minor polling traction in states such as Florida and Tennessee, never seemed to recover. More of the mayor’s controversial statements and decisions surfaced, like the the mass surveillance of Muslim communities in New York after 9/11 (which he defended), and a flippant 2018 comment against restoring the right to vote to people with felony convictions.

He was met with protests wherever he went: people turned their back to him in a historic black church in Selma, and flooded a town hall on Monday, demanding he release his NDAs, which supposedly protect him from a slew of allegations.

And on Super Tuesday, it reached its crescendo: after $500m in spending, Bloomberg failed to win any of the 14 states in the primary election, grabbing only seven delegates from American Samoa.

On Wednesday, in the wake of Bloomberg’s failure to attract any significant support during Super Tuesday, the mayor finally made the official call and dropped out of the race. But while Warren is also unlikely to succeed, she has clearly won something: full credit for ending Bloomberg’s campaign, and exposing his regressive record, otherwise camouflaged by millions of dollars of ads.