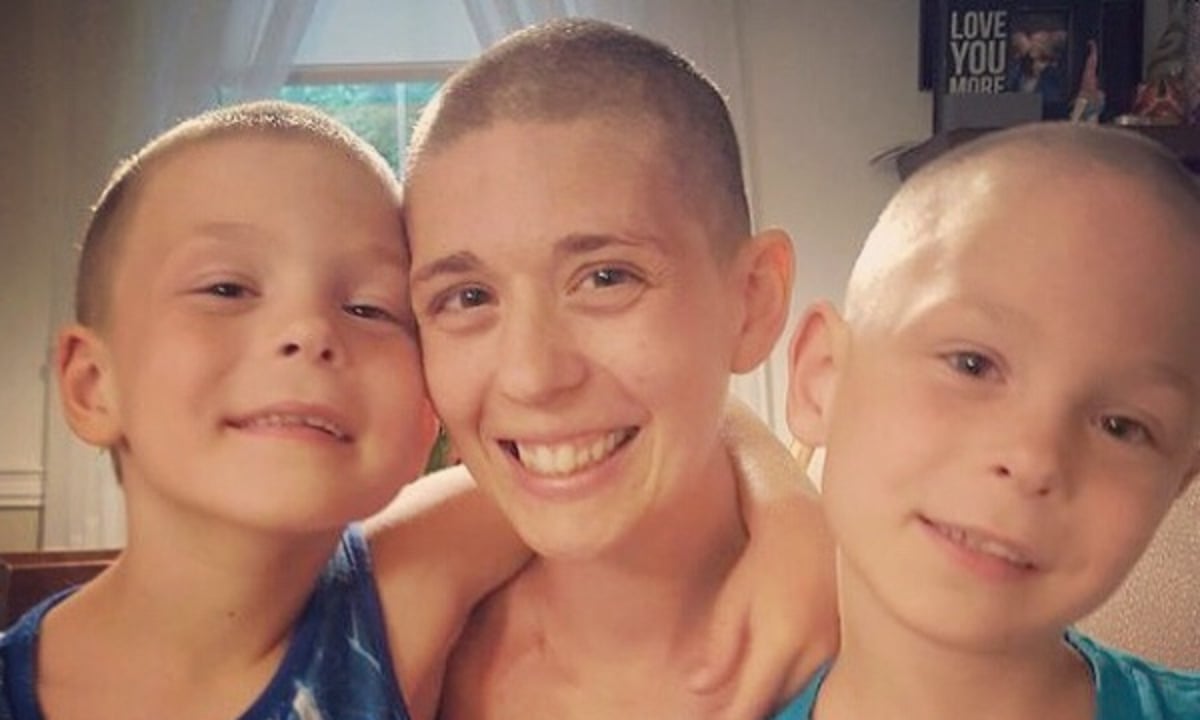 We did not want to go into problems with our house and credit, says Lisa Salo, a kindergarten teacher from Suwanee, Georgia. But Salos chemotherapy treatments for breast cancer were already costing her $4,000, and she knew she would owe another $4,000 in January.

When Salo and her husband could not pay the first bill right away, the collection agencies started calling. Salo and her husband had never been late with any bills before her illness, but all the money they earn goes toward their mortgage and their two children. They had no idea how to come up with the money, and they were embarrassed to ask for help.

A parent of one of Salos former students, Hahnee Kang Oh, noticed something was wrong and set up a GoFundMe page to raise money for Salos treatment. In the past three weeks, 113 people have donated, raising $6,855. The outpouring of support has been overwhelming for Salo. She considers herself one of the lucky ones with a good insurance policy that does not require a co-pay for each treatment. She felt embarrassed that her family needed help paying her medical bills, but knew she could not turn the money down.

Medications in the US are some of the most expensive in the world. Nowhere is that more clear than in the high cost of life-saving cancer treatments. New cancer treatments are priced on average at $120,000 per year, and the overall price of cancer medication has grown 100-fold when adjusted for inflation since 1965.

While concerned physicians have tried to push back on drug manufacturers through op-eds and a Change.org petition calling for reforms that would lead to lower cancer medication prices, patients unable to afford the treatment costs have had to turn to crowdfunding sites to help pay for care.

Crowdfunding usually gets attention in the press as the source of seed money for cutting edge inventions and cool art projects. Crowdfunding paid for a Veronica Mars movie, the development of the virtual reality headset Oculus Rift and a lot of potato salad for one lucky man. Increasingly it is also being used as a lifeline for people battling cancer who cant afford the high financial burden of out of pocket costs and deductibles for treatments that cost hundreds of thousands of dollars.

People are abandoning treatment. People are scared they will go bankrupt and they will take away from family necessities and have to choose between treatment to prolong life or spend money on their family, says Hagop Kantarjian, chairman of the leukemia department at the MD Anderson Cancer Center in Houston and a vocal advocate for lower cancer drug pricing. Kantarjians Change.org petition calls for a number of changes to lower cancer drug prices, among them the right to import lower cost cancer drugs from Canada for personal use for patients who cant afford US prices and allowing Medicare to negotiate drug prices.

A soft-spoken woman whose every sentence ends with honey or sweetheart, Terry Fusco is not someone likely to complain or ask for help. But when the bills for Fuscos breast cancer surgery and chemotherapy started to pile up, her daughter, Nicole Fusco, started looking for alternatives.

Fusco has had five chemotherapy sessions so far, for which she owes $1,700. Fusco is a grandmother, home on disability because of the cancer after a lifetime of working two jobs to support her family. Her insurance coverage is through Medicare, which requires her to pay 20% of all her medical bills. She will start chemotherapy and radiation again soon and is scared to ask how much she will owe for the next round.

Fusco tried to find alternatives to help pay for her care. Her hospital gave her a book of charities that help cancer patients pay for chemotherapy treatments. She called the numbers but the charities said they were unable to help her. When the charities turned her down, Fusco tried to Google financial help for people with cancer in her home state of Pennsylvania. But that was a dead end too. The organizations she could find that would offer assistance required her to have life insurance, which she cant afford.

With no other avenues left to explore and bills piling up, Nicole Fusco started a crowdfunding campaign to pay for her mothers treatment. Since May, 30 people have donated, raising a collective $1,210, which helps but does not begin to cover Fuscos mounting bills. Fusco has not had the gumption to add up what she now owes, afraid of the total number.

Having to deal with that financial burden while sick is one of the issues that seems to outrage Kantarjian the most. Patients should not have to deal with a lot of anxiety when they should be focused on fighting cancer, says Kantarjian.

Sherie Drees was diagnosed with breast cancer the day after Mothers Day, on 11 May. Sherie, an art teacher and mother of twin seven-year-old boys, is insured through the exchanges created by the Affordable Care Act. While her husband Dustin Drees says having insurance through the Affordable Care Act has meant a lot less hassle and unknowns, medical bills for his family are still going to exceed $10,000. And thats a lot of stress to know that you have to go through this hellish journey and be working to deal with these debts all the while, Drees says.

Dustin Drees considers his family lucky, because his insurance has out-of-pocket maximums, so he knows his bills cant go above a certain point no matter the treatment. So he felt bad when friends offered to set up a funding campaign to cover those maximums.

A family friend, Amy Duffey, set up a GoFundMe campaign for Sherie Drees to try to help ease the stress on the family. The Drees had no idea what to expect and when, in 15 days the campaign raised $15,885 from 208 people, they were awed. People are amazing, they really are, says Dustin Drees.

Healthcare is a human right, it is not a charity or a gift

Peruse the medical section of any crowdfunding website and you will find many similar stories, and countless ones that were less fortunate and never raised enough to cover even one bill.

Patients should never have to depend on the generosity of their communities for care, Kantarjian says. Healthcare is a human right, it is not a charity or a gift. People who have cancer should not have to beg for money and beg for drugs. All patients have the right to have access to healthcare 100% of their lives.

That view is increasingly being echoed by politicians on the campaign trail and in calls for drug pricing justification and reforms. Just this month the New York Times editorial board published an op-ed calling out pharmaceutical companies for inflating the cost of treatments with no justification, in particular those for cancer.

But even with public backlash, newer treatments for cancer are still being priced increasingly higher, and the strain on patients seems to be getting worse. It has only become more difficult as newer and more effective chemotherapy drugs come with exorbitant prices, says Wendy Stock, professor of medicine and director of the leukemia program at the University of Chicago.

Stock, like Kantarjian, is one of the signers of the joint op-ed by leading oncologists calling for lower cancer drug costs in the Mayo Clinic Proceedings. Her practice has had to spend a huge amount of time trying to get these drugs paid for by other mechanisms for patients. Charities exist that help pay some of the costs, but the charities are limited in what they can do to help, and often only assist those with the most dire financial circumstances.

Many patients earn just enough money not to qualify for help from charities, says Stock, but still cant afford the co-pays. Stock recommends the best treatment possible for her patients, but says that sometimes we do have to make compromises, that weigh the cost for patients against the effectiveness of the medication.

Kantarjian laments that the pharmaceutical industry has lost its moral compass in pursuit of increased profits. But he sees reason to be hopeful that drug companies may be responsive if enough pressure is applied.

In 2012, Memorial Sloan Kettering, a prominent cancer care hospital, refused to prescribe a newly approved cancer treatment, Zaltrap, because of its extremely high price tag coupled with lack of evidence that the drug was much better than other available treatments. The manufacture of the drug, sanofi-aventis, ended up cutting the price in half because of the push back. Drug companies need to put patients before investors, says Kantarjian, who hopes increased push back from patients and their families will finally turn the tide. People think cancer will not affect you, but it affects all of us, he explains.