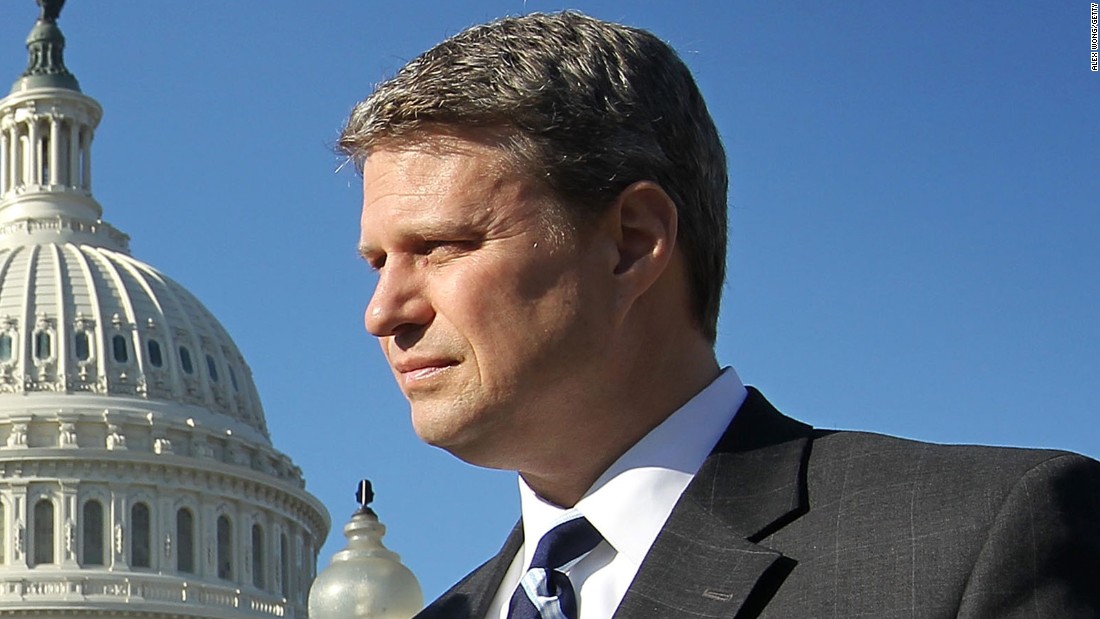 (CNN)Congress is preparing this week to start the process of rolling back multiple regulations, one of which is a bipartisan rule that requires extractive industry corporations, like oil, gas and mining companies to disclose payments they make to foreign governments for access to natural resources.

The rule, the Cardin-Lugar Amendment, became law in 2010 as Section 1504 of the Dodd-Frank Act. After delays by court challenges by some in the oil and gas industry, the Securities and Exchange Commission implemented the rule, saying that all foreign and domestic companies listed on US stock exchanges and involved in oil, gas and mineral resource extraction must publish payments they make to foreign countries in which they operate.
Michigan Republican Rep. Bill Huizenga is leading the charge for the rule’s repeal, which is scheduled for a vote in the House Wednesday. The Senate also will need to vote on this measure, with 51 votes needed to overturn the rule.
“In reality, this very flawed rule is diverting precious resources not only from the SEC, but more importantly resources from American companies that could otherwise be used to create jobs,” his office told CNN in a statement.
The congressman suggested the SEC is guilty of overreach.
“Despite being instructed in federal court, the SEC continues to propose a resource extraction rule that is overly burdensome, puts US companies at a competitive disadvantage and fails to provide investors with useful information,” Huizenga said.
His opponents say he is acting on behalf of an industry with a strong lobby. According to OpenSecrets.org, Huizenga’s campaign received $46,050 from oil and gas interests.
Rep. Maxine Waters, D-California, ranking member of the House Committee on Financial Services, responded to Huizenga’s resolution, saying in a statement, “the American people have a right to know where Big Oil is drilling and who they’re paying, especially if it involves countries that have been hostile to the United States.”
Waters specifically said companies like ExxonMobil would benefit, citing the company’s former CEO, Rex Tillerson, who is President Donald Trump’s nominee for secretary of state.
“Striking Section 1504 would mean that Big Oil companies like ExxonMobil would be able to continue their questionable dealings with corrupt parties such as Vladimir Putin and Russia,” Waters said.
Critics say Wednesday’s House vote will be on the heels of the backlash Republicans received after planning to gut the Office of Congressional Ethics, a nonpartisan congressional watchdog, with a vote to strip the agency of its powers. House Republicans eventually pulled their plans to gut the agency.
The rule is finalized and has legal standing but it has a phase-in period so companies do not have to disclose those government payments to the SEC until 2019.
Jodi Vittori, a retired Air Force lieutenant colonel who also teaches courses in terrorism finance at Georgetown University and worked on counter-corruption efforts for NATO, said repealing this rule could impact US national security.
Vittori said “a lot” of the money the gas and oil industry pays to many poor or fragile countries for access to their natural resources “gets diverted to other places out of these slush funds they can be going to hackers that are hacking political parties. It could be going to terrorists, insurgents, warlords, criminals, wherever these authoritarian governments or the cronies who have access to their money choose to divert it. “
But the American Petroleum Institute, a top lobbyist for the oil industry, said the SEC’s recent rule “undermines global payment transparency efforts” and the oil and natural gas industry “has been an advocate of greater revenue transparency for decades.”
Exxon said the rule “likely will adversely affect the ability of publicly traded companies to compete globally,” though other oil giants, including Shell and BP, have supported it.
Isabel Munilla, a policy adviser of Oxfam, an international confederation of charitable organizations focused on the alleviation of global poverty, said the rule helps the citizens of fragile countries and American taxpayers follow the money.
“At a time when terror groups like ISIS’ largest source of revenue is from oil, we deserve to know where oil companies’ payments to foreign governments are going,” she said.
Munilla added, “What does Exxon and Chevron have to hide? How does these payment disclosures put you at a competitive risk if your competitors are disclosing the same information? These oil companies are not being asked to disclose proprietary information.”
API argues more than 90% of the world’s oil reserves are owned or controlled by state-owned oil companies, many of which are not subject to either the SEC’s jurisdiction or disclosure requirements. Competitors could examine the disclosures of US companies to discern commercially sensitive information, and countries wishing to avoid disclosure could divert their business to foreign competitors not subject to the US disclosure rule, the institute said.