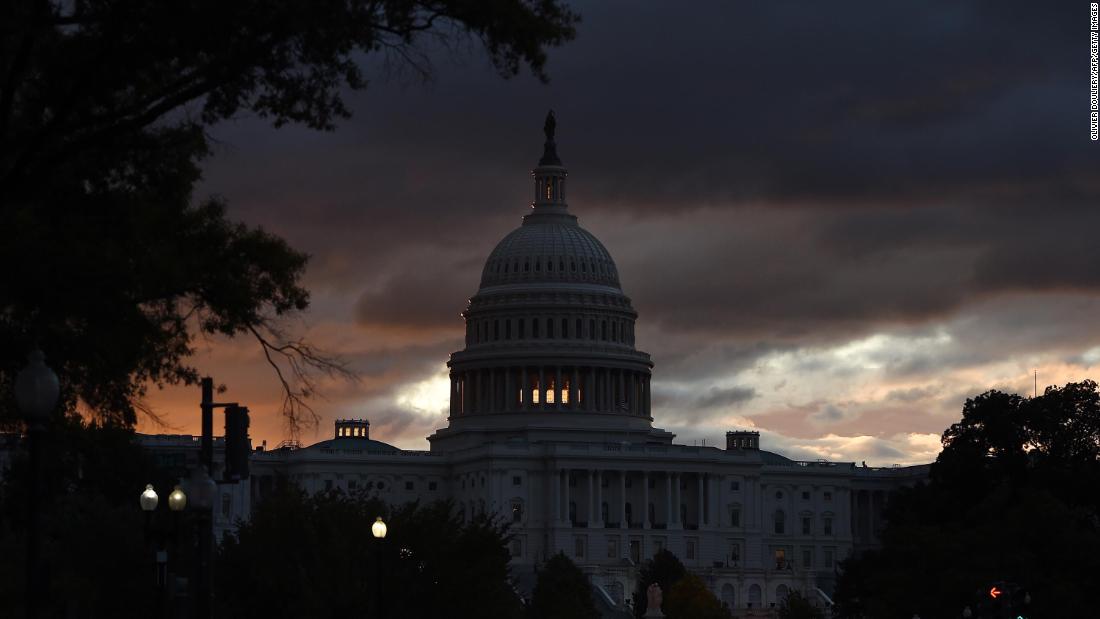 (CNN)A version of this story first appeared in CNN’s Impeachment Watch newsletter. To get it in your inbox, sign up for free here.

Get caught up here:

Lt. Col. Alexander Vindman is the National Security Council staffer in charge of Ukraine. He attended the inauguration of Ukraine President Volodymyr Zelensky as a member of the delegation led by Energy Secretary Rick Perry. And he plans to tell House impeachment investigators on Tuesday that he was so troubled by Trump’s July phone call with Ukraine’s President that he reported his concerns to a superior, according to a copy of his opening statement obtained by CNN.
Vindman says he was on the July 25 call between Trump and Zelensky and he felt an investigation into Vice President Joe Biden and the Ukrainian natural gas company connected to Biden’s son, Hunter, would undermine US national security. Trump pressed Zelensky for such an investigation multiple times during that July 25 call.
“I was concerned by the call. I did not think it was proper to demand that a foreign government investigate a U.S. citizen, and I was worried about the implications for the U.S. government’s support of Ukraine,” Vindman plans to tell lawmakers, according to his opening statement. “I realized that if Ukraine pursued an investigation into the Bidens and Burisma, it would likely be interpreted as a partisan play which would undoubtedly result in Ukraine losing the bipartisan support it has thus far maintained.”
“This would all undermine U.S. national security. Following the call, I again reported my concerns to NSC’s lead counsel.”
Read his full opening statement here

Democrats will push a resolution outlining procedures for the impeachment inquiry through the rules committee, setting up the first vote on impeachment in the full House this week.

House Speaker Nancy Pelosi has been adamant that there is no requirement for the House to hold any sort of vote to authorize or outline the impeachment inquiry. That the House will now hold a vote — albeit on procedures — is at least tacit acknowledgement that Republicans’ unanimous and repeated complaints about the impeachment inquiry process are resonating.
By holding the vote on the process of the inquiry rather than authorizing the inquiry, Pelosi can offer some small amount of cover to members in moderate districts less sold on impeachment. But make no mistake — holding this vote is a retreat for a speaker who does not like to retreat.
Here’s the key passage in a “Dear Colleague” letter she sent fellow Democrats:
This resolution establishes the procedure for hearings that are open to the American people, authorizes the disclosure of deposition transcripts, outlines procedures to transfer evidence to the Judiciary Committee as it considers potential articles of impeachment, and sets forth due process rights for the President and his Counsel.

Manu Raju also reports from Capitol Hill that regardless of the new vote on the process for the impeachment inquiry the three committees running the impeachment inquiry — Intelligence, Oversight and Judiciary — have closed depositions this week and are likely to have them next week too. So there could theoretically be public hearings the following week.
But Intel Committee Chairman Adam Schiff told Raju he didn’t want to “commit to a specific timeframe” but they are moving “expeditiously.”

Not good enough for some Republicans

Rep. Mark Meadows, a conservative ally of Trump’s, said authorizing the process isn’t the same as authorizing the probe.
“Unless you have a vote of inquiry on the House floor, a rule vote is certainly not the same thing. … You know it’s not the same thing unless it’s an impeachment inquiry vote.”
What’s not clear is whether everyday Americans responding to the idea that the Democrats’ process has so far been closed will be enough in the weeks to understand or care about Meadows’ distinction.

You don’t need to go to a fancy school to learn all about complex constitutional arguments.
I guest-hosted David Chalian’s Impeachment Watch podcast today and we talked to Michael Zeldin, the CNN legal analyst and former DOJ official about what exactly Charles Kupperman (and maybe John Bolton through their shared lawyer) are up to. Kupperman refused to comply with a congressional subpoena to testify Monday and has asked the courts whether he must listen to Congress and its subpoena or the instructions of the White House, which has told him not to cooperate.
A lot of it hinges on the very old idea of constitutional immunity and how Congress’s constitutional role of oversight comports with the President’s role of being the executive. Zeldin came armed with Bush-era court decisions and letters that date back to the 1950s.
Listen here
These are the questions we tried to answer:

Kupperman is important because of his proximity to Trump specifically on Ukraine, but also because of what his legal strategy could mean for the impeachment inquiry.
Read more from CNN’s Zachary Cohen

Read this letter that moderate Pennsylvania Republican, former congressman and current CNN political commentator Charlie Dent, wrote to his colleagues still in office.
To my Republican congressional colleagues and dear friends with whom I served until last year: President Trump takes your loyalty for granted and mocks your support. It’s time to stand up, reclaim your institutional prerogatives, protect your legacy and do what is best for our country.
Good people can disagree on impeachment and removal from office under the circumstances as we currently understand them; overturning an election outcome must never be taken lightly or haphazardly. Members of Congress should refrain from declaring their positions and passing judgment on impeachment before all the facts relating to the President’s conduct are gathered.

CNN’s Katelyn Polantz is busy tracking the Trump administration’s appeals to recent legal decisions.
Mueller materials — DOJ asked a federal judge to put on hold an order requiring the disclosure of grand jury information redacted from special counsel Robert Mueller’s report to the House Judiciary Committee while it files an appeal. Last week the judge ruled the documents must be turned over by Wednesday, and in her opinion legally endorse the House impeachment inquiry.
Emoluments — Trump has asked a federal appeals court to reconsider the decision it made to revive a case questioning his compliance with the Constitution’s emoluments clause. This is one of three cases about the emoluments clause of the Constitution alive in federal appeals courts. (Here’s what emoluments are.)
Polantz notes there are other federal court cases of interest this week, too, that may relate back to the impeachment case — and specifically on whether the White House can stop witnesses by claiming they are immune.

Trump compares the Democratic inquiry to the Jussie Smollett case

Speaking in Chicago to police chiefs, Trump said, “Then you have the case of this wise guy, Jussie Smollett who beat up himself. And he said MAGA country did it — MAGA country … That’s a hate crime and it’s a scam. It’s a real big scam just like the impeachment of your President is a scam.”

Attorney General William Barr told Fox News that he spoke with foreign officials about the inquiry into the beginnings of the Russia probe being run by US Attorney John Durham and said the conversations gave Durham a channel to “obtain assistance.”
He rejected the idea that he’s using the DOJ to act as Trump’s personal lawyer. “That’s completely wrong and there is no basis for it, and I act on behalf of the United States,” Barr said.

What are we doing here?

The President has invited foreign powers to interfere in the US presidential election.
Democrats want to impeach him for it.
It is a crossroads for the American system of government as the President tries to change what’s acceptable for US politicians. This newsletter will focus on this consequential moment in US history.