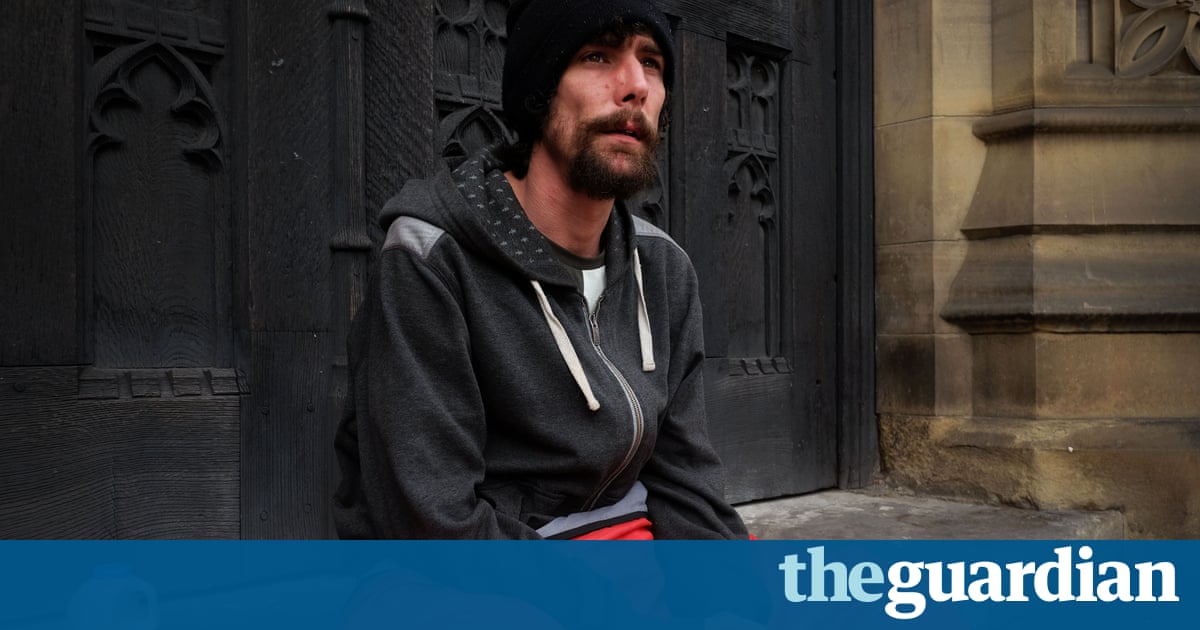 A homeless man hailed as a hero after the Manchester Arena bombing has admitted stealing from victims of the attack.

Chris Parker, 33, pleaded guilty at Manchester crown court on Wednesday and was told by the judge to expect a prison sentence.

Parker admitted two counts of theft and one count of fraud. He stole a purse belonging to Pauline Healey, who was seriously injured in the blast, and then used her bank card at a McDonald’s in Manchester in the following days.

Healey’s 14-year-old granddaughter Sorrell Leczkowski died in the attack on 22 May.

Parker also admitted stealing a mobile phone belonging to a teenage girl caught up in the attack, who cannot be named.

More than £50,000 was raised for him as part of a crowdfunding effort following the attack after he told journalists he had rushed to help the victims.

But CCTV showed him rifling through Healey’s bag as her granddaughter lay dying. He never received the money raised for him.

Parker had been due to stand trial on Tuesday but failed to show up. The court heard he had not been seen since shortly after Christmas when he was discharged from Calderdale hospital in West Yorkshire. His electronic tag was found in an empty soup tin outside his bail hostel in Halifax and a warrant was issued for his arrest.

Early on Wednesday morning he was found by police hiding in a loft in Halifax and was brought to court, where he changed his plea to guilty.

The court heard that Parker had failed to answer bail on a number of occasions over the past month and had sent text messages to his mother and ex-partner saying he intended to avoid going to court.

At earlier court hearings, Parker loudly protested his innocence and insisted he had done nothing wrong. But he had a change of heart on Wednesday.

Had his case gone to trial the jury would have seen CCTV footage of Parker at the Arena shortly after the bomb went off. Wearing a woolly hat and carrying a rucksack, he could be seen circling the victims, who were scattered across the foyer and lying in pools of blood.

At one point he appeared to kick a handbag across the floor and then go and look into it. He could also be seen looking through a coat left on a staircase.

The jury would also have seen photographs Parker took on his own mobile phone and subsequently tried to sell to the media. They included a shot of Healey next to Sorrell and Sorrell’s mother, Samantha, who was also injured. Another photograph showed what appeared to be a nail, which may have been used as shrapnel in the bomb which killed 22 people.

The family, from Leeds, had not attended the concert but had come to pick up others who had.

Parker faced eight counts in total but denied five offences, including attempting to steal a coat and a bag and using Healey’s Yorkshire Bank card at Tesco on Deansgate in Manchester and to buy a public transport ticket.

The prosecution decided to accept Parker’s three guilty pleas and not to proceed to trial on the other five counts.

Parker was widely hailed in the media as a hero in the aftermath of the bombing after he described cradling a dying woman.

The day after the bombing, Parker gave an interview to the Press Association saying he had been begging in the foyer area of the arena at the time of the blast. He said: “It knocked me to the floor and then I got up and instead of running away, my gut instinct was to run back and try and help.”

A total of 3,799 people pledged £52,589 for Parker in the days after the attack via a crowdfunding campaign. Michael Johns, who started the GoFundMe campaign, invited members of the public to donate money in “an effort to help one of our most vulnerable in society who showed great selflessness and courage”.

After Parker was charged, Johns told the Guardian he had yet to receive the money, and that the fund would “likely to be rolled up within a matter of hours in the event of a guilty verdict/plea”.

Parker will be sentenced on 30 January. The judge, David Hernandez, said: “A custodial sentence is most likely in this case.”

The court heard Parker has an extensive criminal record dating back to 2000 and has been convicted of offences including shoplifting, theft and criminal damage. In January 2016 he was found guilty of battery and theft from a dwelling and made the subject of a restraining order.

In July another man, Michael Popik, 24, was jailed after being caught using bank cards stolen from Healey. He did not steal the cards but was captured on CCTV using them at several outlets in the weeks following the attack.