Matthew Hay-Chapman alerted police after he regonized two Orange County jail escapees and their stolen vehicle, leading to their capture 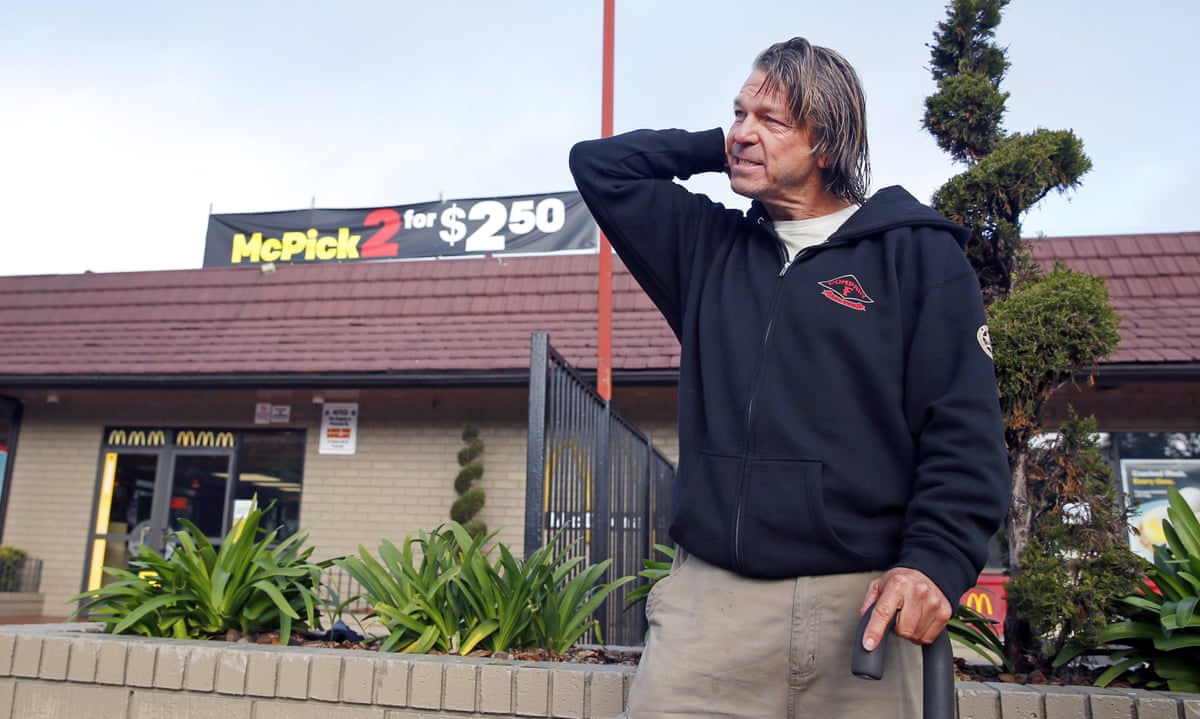 A homeless man from San Francisco who pointed police toward two Orange County inmates who had escaped from jail will get the lions share of a $150,000 reward, the Orange County board of supervisors voted Tuesday.

Two Target employees and a man whose van was stolen by the escapees will split the remaining $50,000.

Hossein Nayeri, Jonathan Tieu and Bac Duong escaped from Central Mens Jail in Santa Ana on 22 January and were the subject of a statewide manhunt for days.

Hay-Chapman spotted Nayeri and Tieu on 28 January in San Francisco and recognized their stolen white GMC van from news reports. He pointed them out to police officers in the area, leading to their arrest.

The third fugitive, Bac Duong, had surrendered to police in Orange County the day before.

The owner of the stolen van will receive $20,000, officials said.

Armando Damian, of Los Angeles, called police to say that a man responding to a Craigslist ad had taken it for a test drive on 23 January and not returned.

A Target store manager and a loss prevention officer will each receive $15,000.

Manager Hazel Javier noticed two men acting suspiciously on surveillance footage on the night of 22 January. She showed the video to loss prevention officer Jeffrey Arana and called police because he thought the men might be the fugitives.

A cab driver who was held hostage for a week by the three men did not receive any of the reward money.