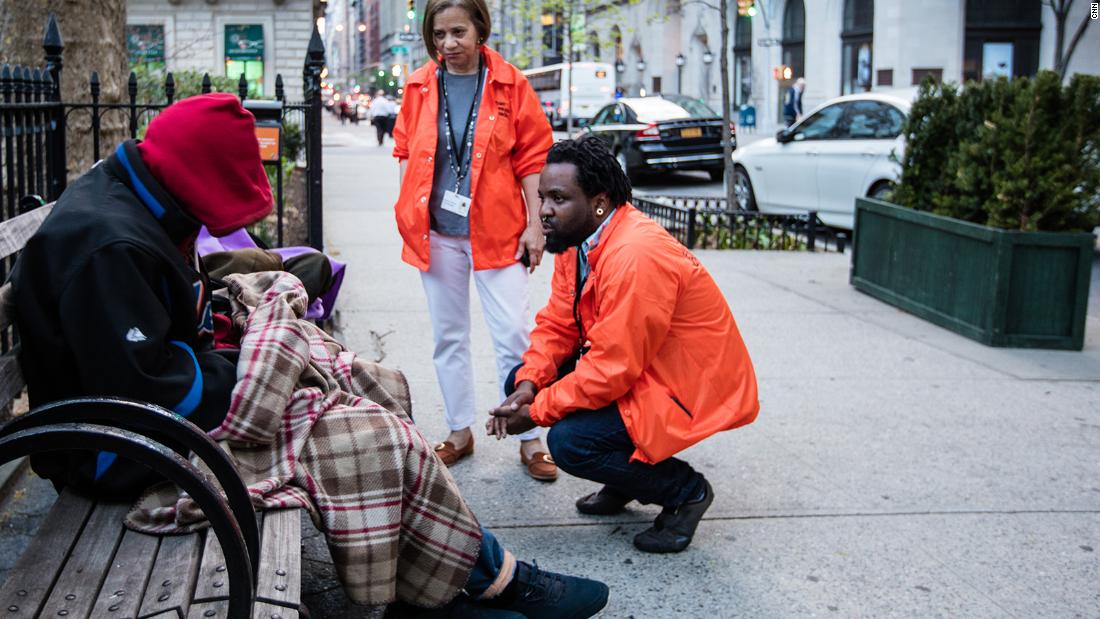 (CNN)James Walker has been homeless since his mother died in 2010.

He was visiting a cousin in Brooklyn last week when he saw a segment on CNN about Urban Pathways, a New York-based charity that works to get people off the streets and into housing of their own.
“I called them immediately,” Walker told CNN.
“My cousin gave me the money for a Metro ticket, and I got straight on a train to meet with them.”
Walker is now working with Urban Pathways to get an apartment.
Founded in 1975, the nonprofit aims to move homeless people and addicts into affordable apartments of their own, increasing their odds of recoverywhile lowering the financial burden on society.
Bill Weir profiled the organization as part of CNN’s Champions for Change, a series that highlights social initiatives with which the network’s correspondents are actively involved.
Solving homelessness: Looking for a way to stop looking away
“People who have a family member who is missing have called us — hoping that we might have seen their brother, sister, child or other loved one on the street recently and know their whereabouts,” Hilton Douglas, a housing specialist at Urban Pathways, told CNN.
One of those is a Pennsylvania woman who’d like to remain anonymous. The father of her children has a mental illness and lives on the streets of New York, she said.
She called the center on June 21 after seeing the CNN segment.
She told CNN that her children’s father, in his mid-50s, was evicted from his one-bedroom apartment in the Bronx about four months ago.
“He’s ill. He has diabetes and doesn’t have a place where he can cook the food he needs,” she said.
Urban Pathways said it has spoken with him since and arranged a meeting.

For more about inspiring people and causes, including how CNN anchors and correspondents are getting involved, go to CNN.com/Champions.

The charity deals only with people in New York, but there are hopes that could change one day.
“We have been speaking with people from cities like Omaha, Gainesville, Minneapolis and Los Angeles who are interested in offering similar programs for homeless men and women or other ways they can help the homeless in their communities,” said Lillian Rountree, director of development and communications for Urban Pathways.
Lisa Lombardi, who’s in charge of the nonprofit’s outreach services, added, “People who saw the CNN story and who are homeless saw the commitment we have to help people like them get off the streets.
“If they are afraid to go into a shelter, we can work to get them into transitional housing while we help them with the process of finding a permanent home. That’s what we do — it’s more than just getting people off the streets. It’s helping people find their new home. And beyond that it’s really about building a trusting relationship.”