As the Citizens United chair takes a major role in Trumps campaign, we look back at the film that opened the floodgates for political spending by corporations and ask which of its attacks on the Democratic nominee could be reused today 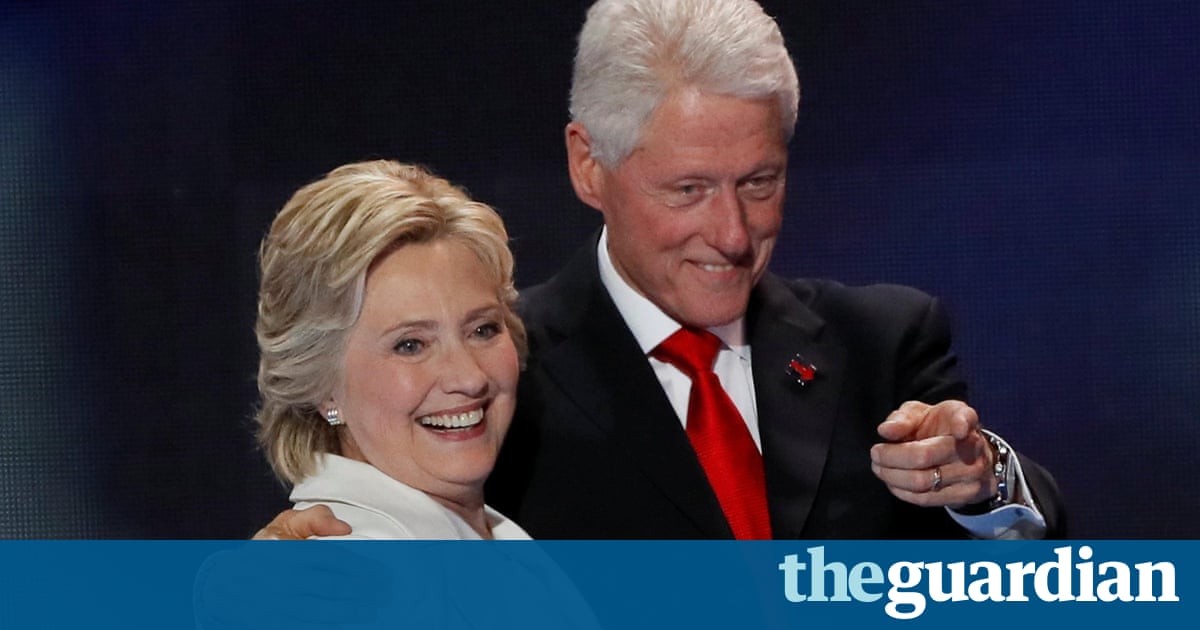 David Bossie, the new deputy campaign manager for Donald Trump, was probably hoping at best that his 2008 anti-Hillary Clinton campaign commercial-cum-documentary Hillary: The Movie would put a fork in Clintons political ambitions.

Little did he know it would result in a major US supreme court ruling that would overturn years of campaign finance law, usher in an age of unlimited and undisclosed campaign spending and ultimately become a wedge issue between Clinton, during her second campaign, and the candidate running for the Democratic nomination to her left. (Or that the 2016 Republican nominee and his eventual boss would also rail against the Super Pacs it helped spawn.)

The movie itself, however, was largely ignored during its initial release, in part because of its amateurish production values, its line-up of mostly obscure conservative talking heads and its lightly factual, non-chronological look through the scandals of the Clinton years (some of which didnt even involve Hillary Clinton) that many Americans had tired of years before.

But as former press secretary for Newt Gingrich turned Washington Times editorial page editor Tony Blankley (who died in 2012) noted in the movie, some politicians say what you need to say at any given moment, and rely on the lack of memory of the American public and the support of the mainstream media to support that lack of memory. Though Blankley, of course, was referring to the Clintons, similar criticisms have been leveled at her Republican opponent and film-maker Bossies new employer.

So what could Bossie pull out of his hat that hasnt yet been thrown at Clinton during this campaign?

Its perhaps easier to look first at what has been ineffective in 2016. Calling her one of the most divisive figures in America, as the voiceover in the film does, is certainly not an effective criticism when her opponent is the equally divisive Donald Trump. Nor is Ann Coulters assertion that any Republican with those numbers of character flaws, with that sort of behavioral problem and psychopathic psychology could not run or be elected dog catcher if it were a Republican.

Attacking her problems, or Bill Clintons problems, with ineligible or unethical campaign donors and the potential ties to a foreign power, such as China, seeking to influence the US election is certain to raise too many uncomfortable questions, given the appearance of a cozy relationship between parts of the Trump campaign and Russia, and some of the people (like white supremacists) supporting him. Dick Morriss assertion that Clinton didnt pass enough far-reaching legislation during her tenure in the Senate isnt useful when your candidate is a political neophyte whos never been elected to office and makes that part of his supposed allure.

Travelgate, which gets extensive if slightly inaccurate treatment in the film, is likely too obscure a scandal for most people in 2016; Hillarycare, though still a conservative bugaboo, is now the law of the land and about as many people approve as disapprove it. And although the film criticizes her for her lack of support for the Iraq war, particularly in its later years, Trump has criticized her for supporting it at all (although he reserves the right to change his own mind).

More effective and more dirty are assertions about the Clintons marriage, included unsubstantiated but continuing allegations that she personally hired private investigators to dig up dirt on and intimidate women who had had contact with Bill Clinton and accused him of affairs or assault. (The Clintons have long denied these claims.) Given Trumps willingness to invite questions about his own less-than-squeaky-clean marital history by alleging that its fair to ask Hillary Clinton questions about Bill Clintons behavior, it seems likely that Bossies background with Clinton accuser Kathleen Willey who alleged that Bill Clinton groped her in the Oval Office and that Hillary Clinton had her pet cat killed and Jared K Stern the private investigator who says he was hired to follow Willey in 1998 will come into play before the election season is over.

Most interesting, though, is the last major anecdote of the Bossie film: he uses the story of Joe Connor whose father, Frank, was killed in the Puerto Rican separatist group FALNs bombing of the Fraunces Tavern in New York City in 1974 to highlight Bill Clintons granting clemency to 12 members of the organization in 1999. Though the man allegedly responsible for the bombing remains in exile in Cuba, 10 of the members granted clemency were convicted of charges related to a series of bombings in Illinois, and the others were convicted in relationship to the hold-up of an armored car in Connecticut.

The Senate opposed the granting of clemency 95-2 and Hillary Clinton, who was then running for the New York Senate seat, eventually opposed the offer and said shed had no prior knowledge of it. Still, the move by the White House was widely seen as an attempt to help her curry favor with the large (and voter-rich) Puerto Rican community in New York City though her subsequent denouncement of the offer did her no favors.

Connor is an occasional Fox News guest and a columnist on the conservative site TownHall, where he has inveighed against electing Hillary Clinton. But in Bossies documentary he came across as genuine, still hurting from his fathers death, and very, very likable. Its unlikely Bossies forgotten him in the intervening years and more likely that he and the rest of the Trump campaign are just waiting for the right moment to bring him up again.