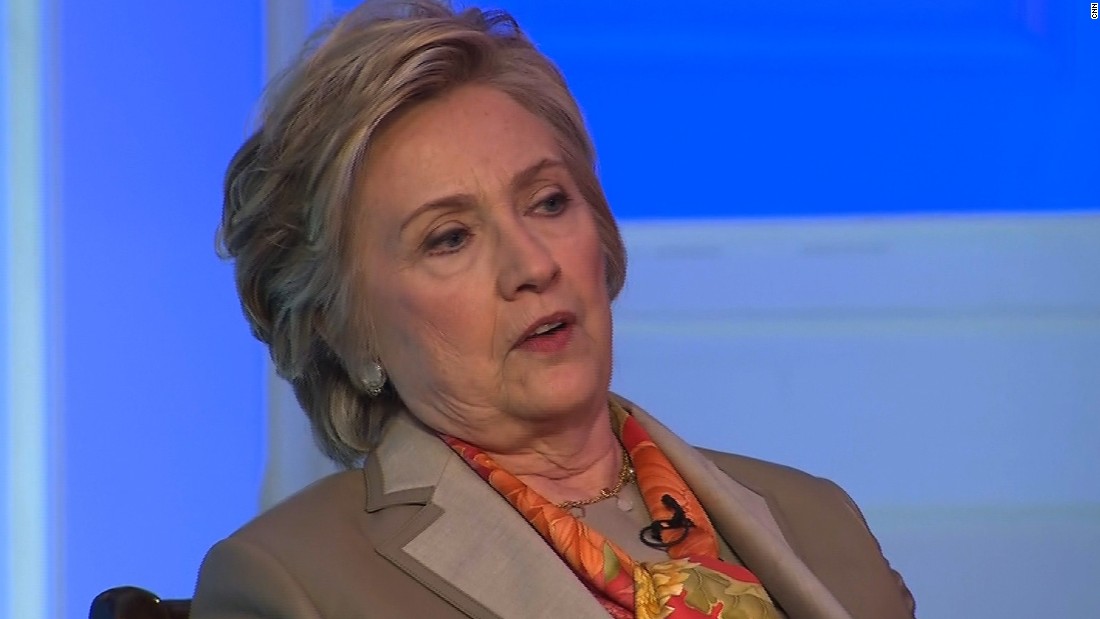 (CNN)Her critics have long called her defensive, unaccountable and entitled. They’ve insisted she is incapable of taking responsibility and acknowledging her own shortcomings. They’ve accused her of blaming everyone else.

But in a lengthy and candid interview with CNN’s Christiane Amanpour, Hillary Clinton had one message Tuesday for those critics: I am a totally changed woman.
It’s true. Don’t believe me? Just listen to the following “blockbuster” admissions you never would have heard from the old Hillary Clinton.
Of her losing presidential election race against Donald Trump, “I was the candidate,” she said, finally acknowledging what we all had suspected for a while — that she was, in fact, the candidate. 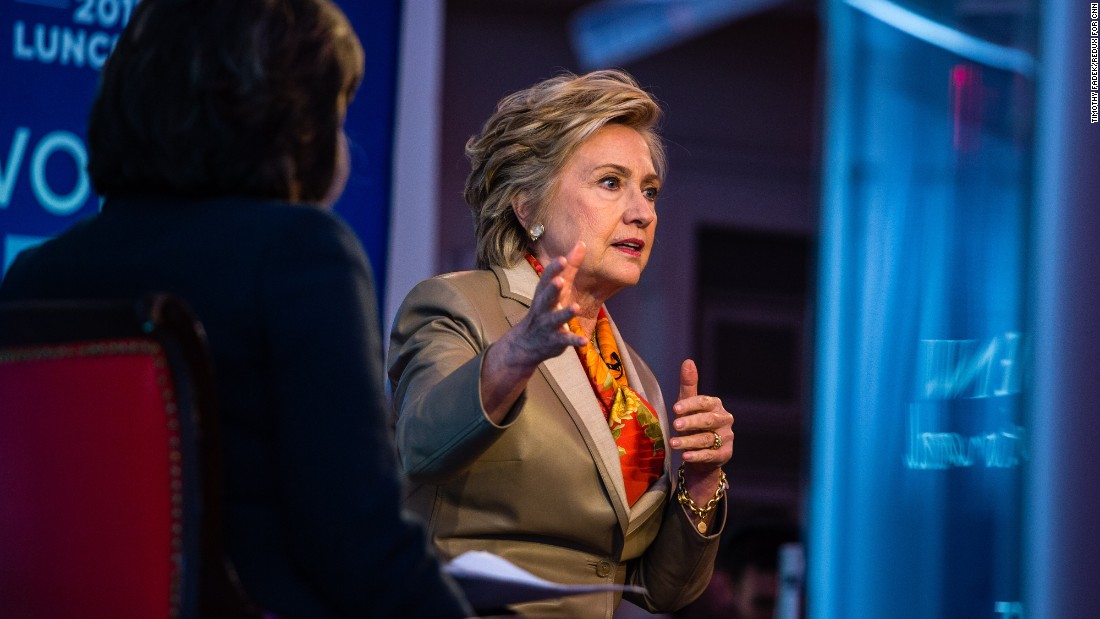 Taking it even one step further, “I was the person who was on the ballot,” she said, revealing that she doesn’t believe anyone else’s name was on the final ballot but hers.I know!!
In the biggest revelation yet, though, she asks and answers the question: “Did I make mistakes? Oh my gosh, yes.” That is huge. We can’t know for sure if by mistakes she means nibbling on that questionable, shellfish platter at the Polk County meet-and-greet — or not going to Wisconsin and Michigan to campaign.
But, as she said following up that admission, and with zero air of that old Clinton condescension, “you’ll read my confession and my request for absolution,” in her forthcoming book.
There’s no more blame game from this gal. I mean, sure misogyny “played a role” — obviously. And of course there was “unprecedented interference, including from a foreign power whose leader is not a member of my fan club.” I don’t know who she means there, but she’s definitely not blaming him, per se. 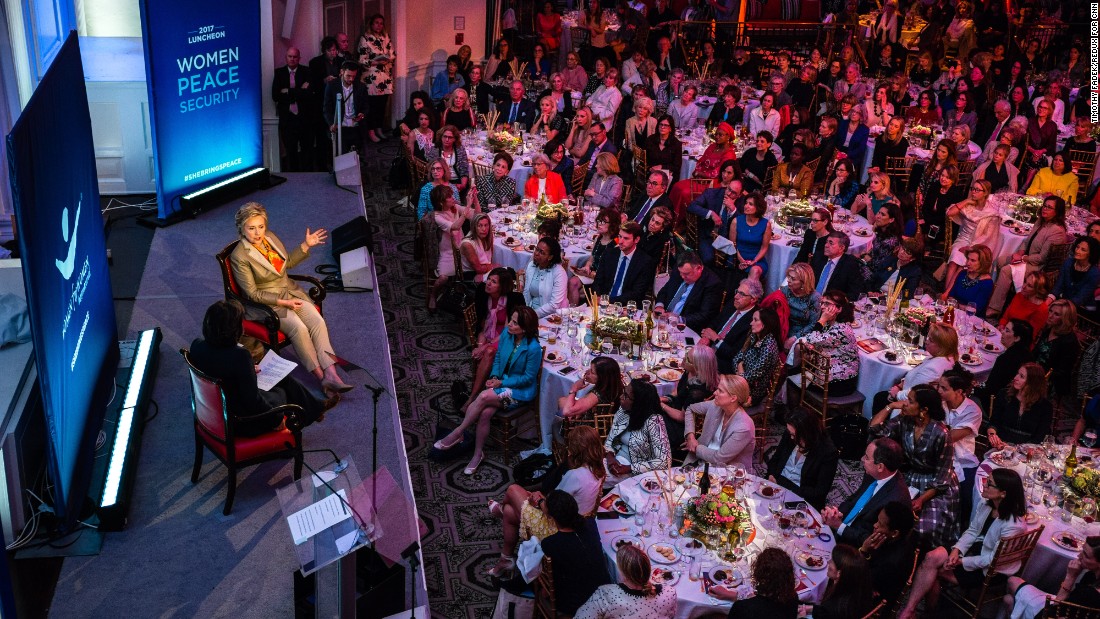 Clinton: Back to being part of the resistance

Remember, she takes “absolute personal responsibility.” But … who could argue that “it’s very difficult to succeed a two-term president of your own party?” Seriously, “Democrats haven’t done it since, Lord knows, like the 1820s or ’30s,” so she’s not making excuses but, you guys, take her word for it: it was basically impossible for her to win.
The new Hillary is totally over the fact that she was “on the way to winning until a combination of Jim Comey’s letter on the 28th and Russian WikiLeaks raised doubts in the minds of people who were inclined to vote for me but got scared off. “But that’s all in the past, guys. (Even though, she allows “the evidence for that intervening event is I think compelling and persuasive.”)
Let’s finally take her at her word. She is “very aware of, you know, the challenges, the problems, the shortfalls that we had.” Well, no, that whole email server thing that dogged her campaign for months, didn’t come up. The “basket of deplorables” comment? Also no.

Campaigning primarily for Obama voters instead of the rest of the country? Now you’re being ridiculous. But she did mention the “enormous barrage of negativity, of false equivalency, and so much else” that her campaign confronted. See? She gets it.
Remember how the old Hillary was constantly reading you her resume, insisting her “experience” made her more qualified or something? With months to reflect, it’s clear she’s learned that voters weren’t interested in electing a professional politician.
Just because she reminded viewers yesterday that she’s “spent decades learning about what it would take to move our country forward … to try to make sure we dealt with a lot of these hard issues that are right around the corner, like robotics and artificial intelligence and things that are really going to be upending the economy,” doesn’t mean she thinks she knows more than they do. At all.
Gone, too, were the vast right-wing conspiracy theories that the old Hillary Clinton used to lean on to explain all her detractors. But she did suggest helpfully, “ask yourself this: within an hour or two of the ‘Access Hollywood’ tape being made public, the Russian theft of John Podesta’s emails hit WikiLeaks. What a coincidence.”
She added, “if you chart my opponent and his campaign statements, they quite coordinated with the goals that that leader, who shall remain nameless, had.”
To be fair, no one said left-wing conspiracy theories were off the table.
Finally, wasn’t it so refreshing to see someone letting go? I mean, all Trump does is talk about the election results from six months ago, so when Clinton said “remember, I did win more than 3 million votes than my opponent” it was a real breath of fresh air.
It’s inarguable, Hillary Clinton is reformed. She’s accountable, humble, and totally ready to move on to the next chapter of her life, as an important voice for the future of the Democratic Party. She takes responsibility.
(“But the reason why I believe we lost were the intervening events in the last ten days.”) Or not.