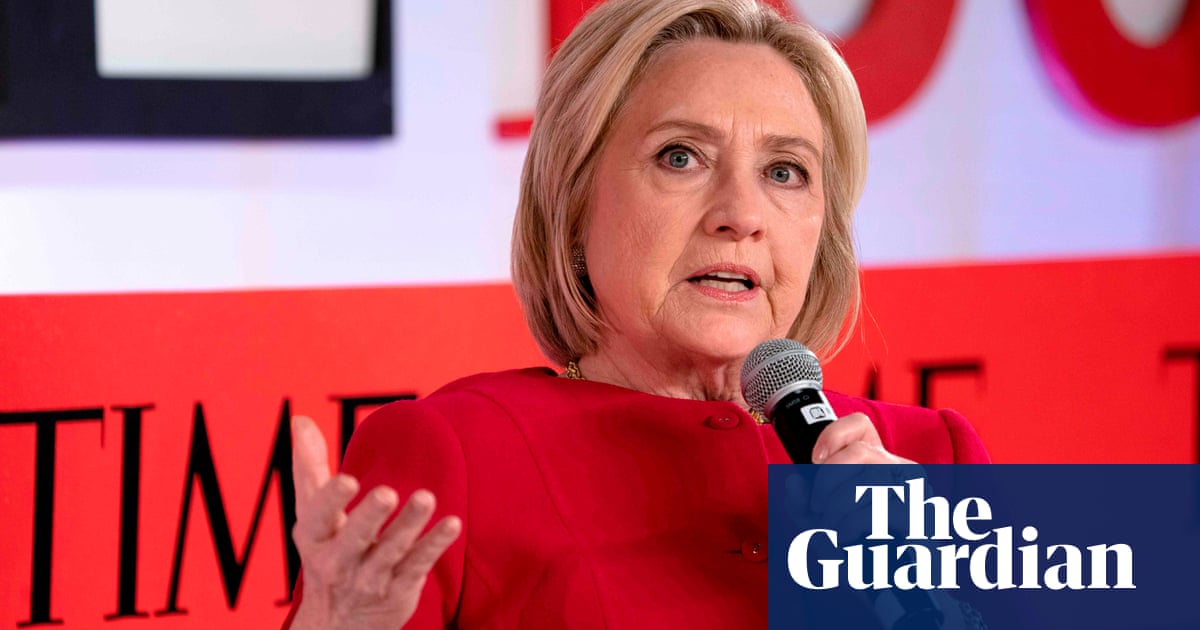 Hillary Clinton has said Russia, which interfered in the US election she lost in 2016, is “grooming” a Democratic candidate for a third-party run next year, signalling she believes congresswoman Tulsi Gabbard could fill the role.

The goal of this would essentially be to divide the US electorate and help Donald Trump win re-election, Clinton said. In the interview, Clinton also said she believes Russia had compromising information, or kompromat, on Trump.

“I’m not making any predictions but I think they’ve got their eye on somebody who’s currently in the Democratic primary, and they’re grooming her to be the third-party candidate,” the former secretary of state told David Plouffe in his “Campaign HQ” podcast without providing evidence.

“She’s the favorite of the Russians. They have a bunch of sites and bots and other ways of supporting her so far.”

Clinton, speaking on the podcast which first aired on Thursday, did not name Gabbard, but her comments appeared aimed at the Hawaii congresswoman.

When asked if the former secretary of state was referring to Gabbard, Clinton’s spokesman said: “If the nesting doll fits.”

“This is not some outlandish claim,” Clinton spokesman Nick Merrill added. “This is reality.”

Gabbard later responded on Twitter, accusing Clinton of trying to destroy her reputation.

“Great! Thank you @HillaryClinton. You, the queen of warmongers, embodiment of corruption, and personification of the rot that has sickened the Democratic Party for so long, have finally come out from behind the curtain.”

Clinton also said she thought Jill Stein, the Green Party’s 2016 presidential nominee, was a Russian asset: “Yeah, she’s a Russian asset – I mean, totally. They know they can’t win without a third-party candidate. So I don’t know who it’s going to be, but I will guarantee you they will have a vigorous third-party challenge in the key states that they most needed.”

In 2016, Stein won more votes than Trump’s margin of victory in Michigan, Wisconsin and Pennsylvania, three states that would have secured the presidency for Clinton had she won them.

US media analysis has shown that sites tied to Russia have celebrated Gabbard’s campaign launch, defended her controversial 2017 meeting with the Syrian president, Bashar al-Assad, and attacked people who have suggested Gabbard is a pawn for Moscow.

There is a significant difference between being supported by Russian online bots and trolls, and “grooming”, however.

Gabbard has rejected some of the support from rightwing or white nationalist sources, and during last week’s Democratic debate she chastised the Times for publishing “smears” and said television commentators calling her a Russian asset were “completely despicable”.

Gabbard has said she would not launch an independent presidential bid if she lost the Democratic nomination.

The US intelligence community has concluded that Russia interfered in the 2016 election in order to help boost the Republican Trump’s chances of winning the presidency.

Clinton said it was clear Russia was laying the groundwork for similar interference in 2020, and that they will probably press for a third-party candidate to help divide America’s electorate.