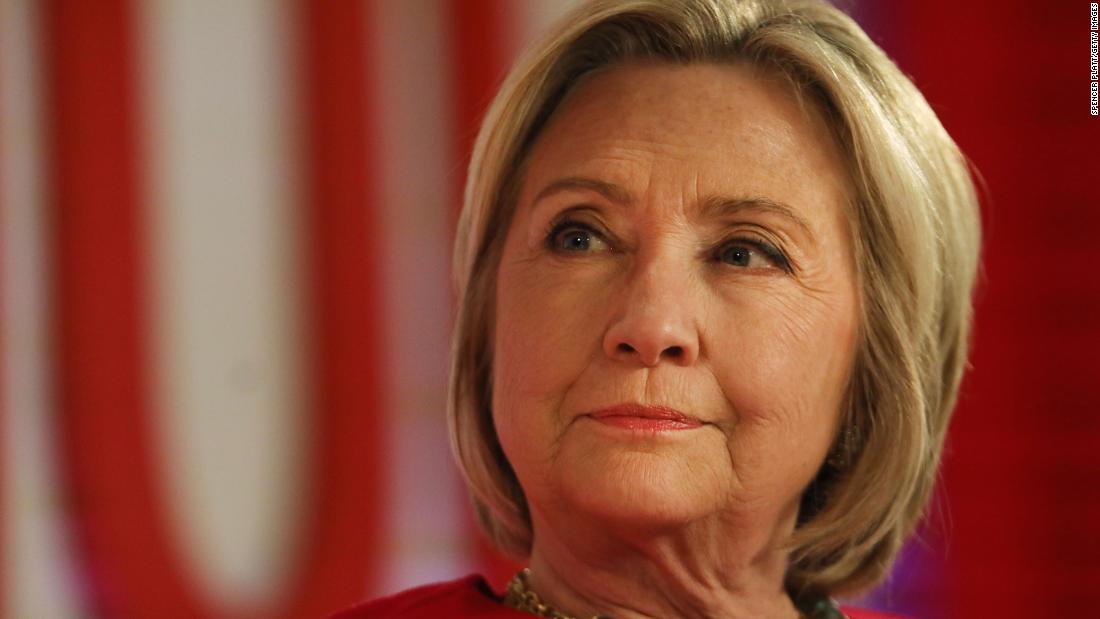 Clinton pointed to the “many unanswered questions” in the Mueller report and Attorney General William Barr’s redactions, calling on both Republicans and Democrats to pursue the answers using the report as a “road map.”
“Whether they like it or not, Republicans in Congress share the constitutional responsibility to protect the country,” she wrote, adding, “It’s up to members of both parties to see where that road map leads — to the eventual filing of articles of impeachment, or not. Either way, the nation’s interests will be best served by putting party and political considerations aside and being deliberate, fair and fearless.”
This should take the form of Congress holding “substantive hearings that build on the Mueller report and fill in its gaps” featuring key players such as Mueller and former White House counsel Don McGahn, Clinton added.
On Tuesday, CNN reported that the White House may try to keep McGahn from complying with a subpoena to testify before the House Judiciary Committee. Later that day, Trump said that he did not wants current or former aides talking to House investigators because “there is no reason to go any further” after the Mueller report.
Clinton’s op-ed also highlights the implications of the Mueller report’s findings of extensive Russian meddling on national security, calling for a bipartisan commission similar to that which was established after the 9/11 attacks.
“This is necessary because the president of the United States has proved himself unwilling to defend our nation from a clear and present danger,” Clinton wrote, arguing that Trump’s administration “refuses to take even the most minimal, common-sense steps to prevent future attacks and counter ongoing threats to our nation.”
Clinton also called it “essential” for House Democrats to simultaneously “stay focused on the sensible agenda that voters demanded in the midterms, from protecting health care to investing in infrastructure.” Despite resistance from the Republican-led “do-nothing Senate,” she wrote, “it’s critical to remind the American people that Democrats are in the solutions business and can walk and chew gum at the same time.”
Lastly, Clinton warned that left unchecked, “Russia will interfere in the 2020 election as well” and “the president may show even more disregard for the laws of the land and the obligations of his office.”
Still, Hillary Clinton’s warning to Democrats against the rush to impeachment is not the beginning of a more visible or sustained response to the Mueller report and Congressional investigations, a person close to Clinton tells CNN, but rather should be seen as a more of a one-off.
“She thought she had unique viewpoint to share at this particular moment,” a person close to Clinton said.
Yet the Op-Ed in the Washington Post, on the heels of a Time 100 summit on Tuesday, is her most visible moment so far since the release of the Mueller report and much of the investigation.
Clinton made similar comments Tuesday, arguing that Trump would have been indicted in the Mueller investigation if not for a long-standing Department of Justice shielding sitting presidents and that Congress was obligated to address Mueller’s findings.