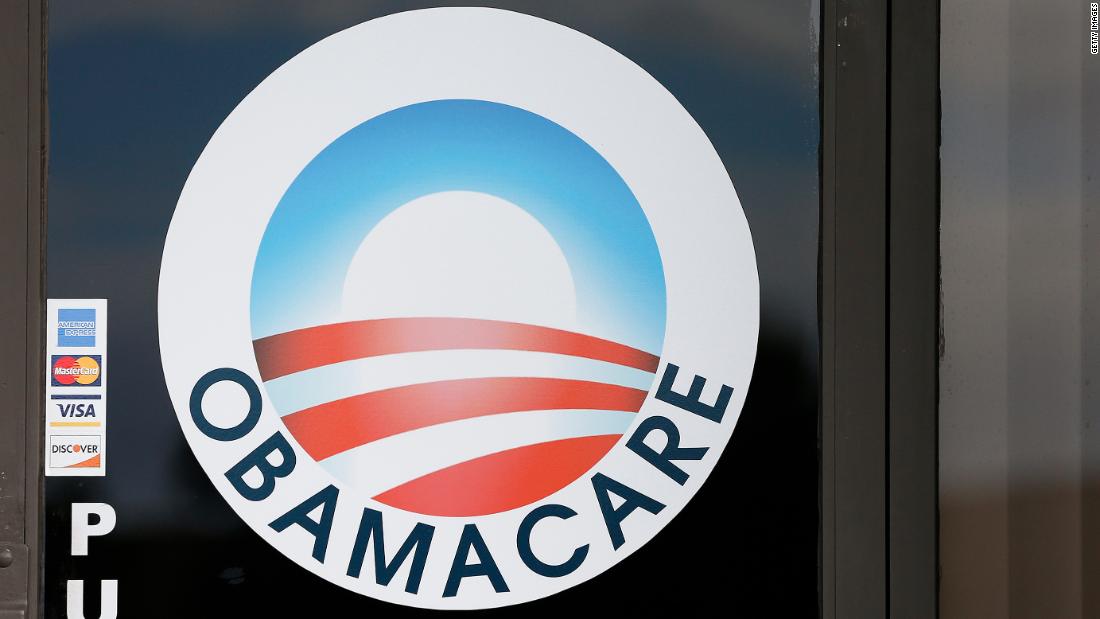 (CNN)Whether you know it or not, Obamacare has affected nearly every American.

It saves senior citizens money on their Medicare coverage and prescription drugs. It lets many Americans obtain free birth control, mammograms and cholesterol tests. It requires many restaurants to post the calorie counts of their menu items. And it allows children to stay on their parents’ health insurance plans until they turn 26. 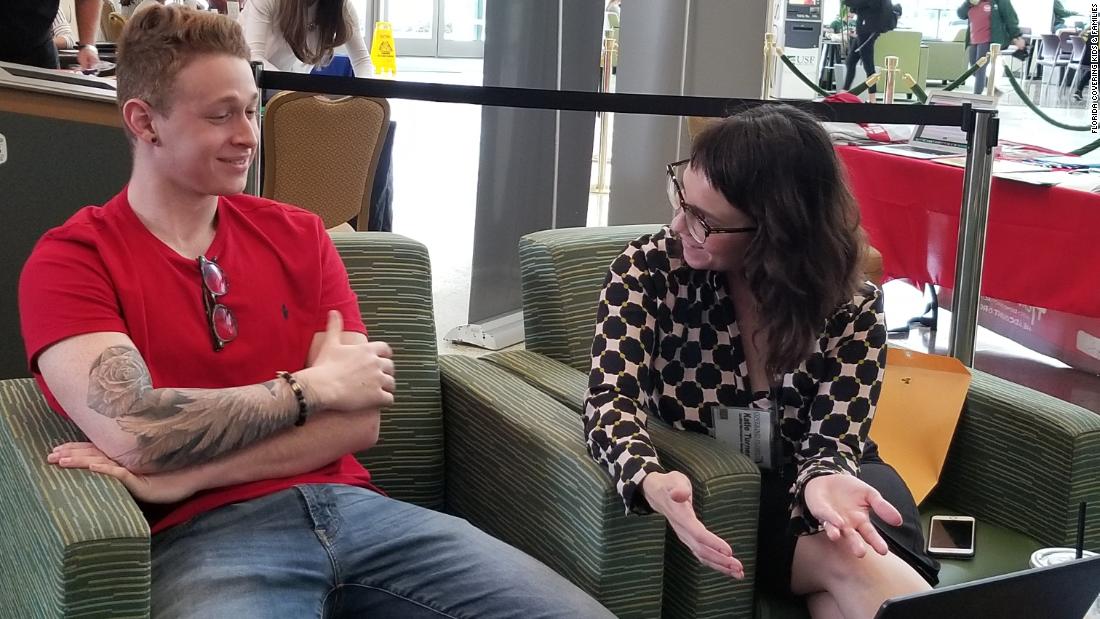 Even the Trump administration is using the landmark health reform law to try to lower prescription drug prices.
And most importantly for many folks, Obamacare prevents insurers from turning away or charging more to those with pre-existing conditions. This provision proved so popular that even Republican candidates found themselves promising to defend it in the recent midterm election in an unsuccessful bid to retain their majority in the House. Some 52 million people, or 27% of non-elderly adults, have a pre-existing condition that would have prevented them from getting coverage prior to Obamacare, according to the Kaiser Family Foundation.
“You’d be hard pressed to find a part of the health care system that was not touched by the ACA,” said Larry Levitt, the foundation’s senior vice president, of the Affordable Care Act. 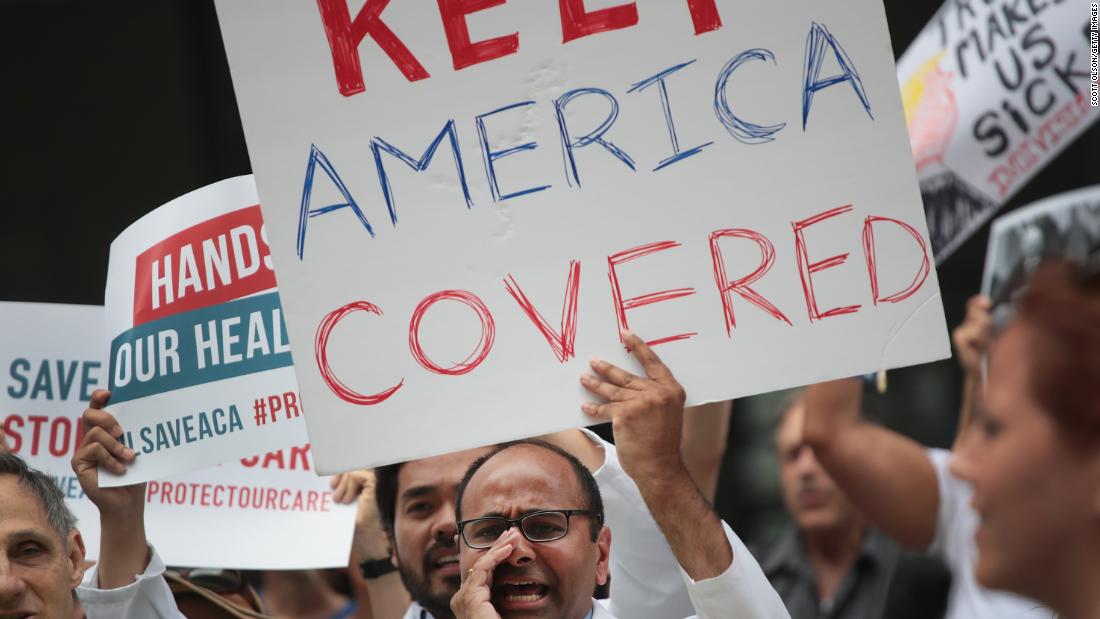 All this, however, could be swept away by a US District Court judge in Texas, who ruled Friday that the Affordable Care Act’s individual coverage mandate is unconstitutional and that the rest of the law therefore cannot stand. It seeks to accomplish what Republicans have tried to do for years: repeal Obamacare.
The decision, which is expected to be appealed, doesn’t immediately affect Americans’ coverage. But if it’s upheld by higher courts, it could turn back the clock on the nation’s health care system to before Obamacare became the law of the land in 2010, when the uninsured rate for non-elderly adults was 18.2%. It’s now 10.3%.
Here’s what’s at risk:

Obamacare has meant lower premiums, deductibles and cost-sharing for the roughly 60 million senior citizens and disabled Americans enrolled in the program.
The health reform law made many changes to Medicare. It slowed the growth of payment rates to hospitals and other providers, reduced payments to Medicare Advantage plans and improved benefits for enrollees. The Obama administration estimated that the typical Medicare beneficiary pays about $700 less in premiums and cost sharing thanks to the Affordable Care Act. 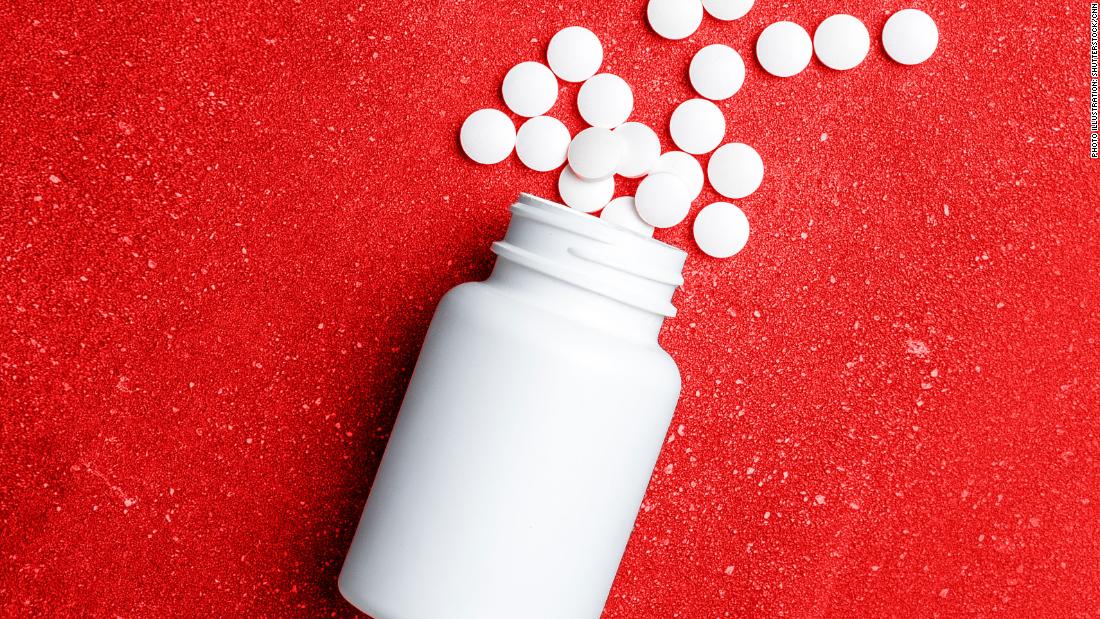 Under Obamacare, Medicare enrollees also receive free preventative benefits, such as screenings for breast and colorectal cancer, heart disease and diabetes.
And Obamacare helped close the gap in Medicare’s drug coverage and was on track to completely eliminate it by 2020. Senior citizens have to pay more for drugs while they are in the donut hole, which lies between the initial coverage and catastrophic coverage phases. (The Bipartisan Budget Act of 2018 accelerated the closing of the coverage gap to 2019.)
But Obamacare does mean higher costs for more affluent beneficiaries. The law froze the threshold for the Medicare premium surcharge at $85,000 for individuals and $170,000 for couples, so more people have become subject to it. The Affordable Care Act also added a premium surcharge on drug coverage for higher-income enrollees.

Obamacare requires that companies with at least 50 employees provide affordable insurance to their staffers who work more than 30 hours a week.
This mandate didn’t have a major impact on the 150 million workers who are insured through their jobs. Most larger employers already offer coverage for full-time workers. However, setting the bar at 30 hours a week prompted some employers to extend coverage to more of their staff, since many companies had considered that threshold to be part-time.
Also, the law allows children to remain on their parents’ plans until they turn 26. This has proven to be one of the more popular Obamacare provisions and has helped lower the uninsured rate of this age group.
Workers also no longer have to pay for contraceptives and preventative screenings, such as colonoscopies and mammograms. Obamacare requires these be provided free of charge.
The ACA also prohibits employers from imposing annual or lifetime limits on benefits and caps out-of-pocket spending.
Obamacare also had an impact on employees who work at companies with fewer than 50 workers. Insurers can no longer ban workers with pre-existing conditions or ask them to pay more. The law requires plans to cover an array of benefits, including maternity, mental health and prescription drugs. And it limits insurers from charging older workers premiums more than three times those of younger workers.
However, this more comprehensive coverage has come at a price. Obamacare’s regulations caused premiums to spike, forcing some small businesses to stop offering health insurance to their workers.

Obamacare has had the largest impact on the individual market, which was largely unregulated prior to the health reform law. 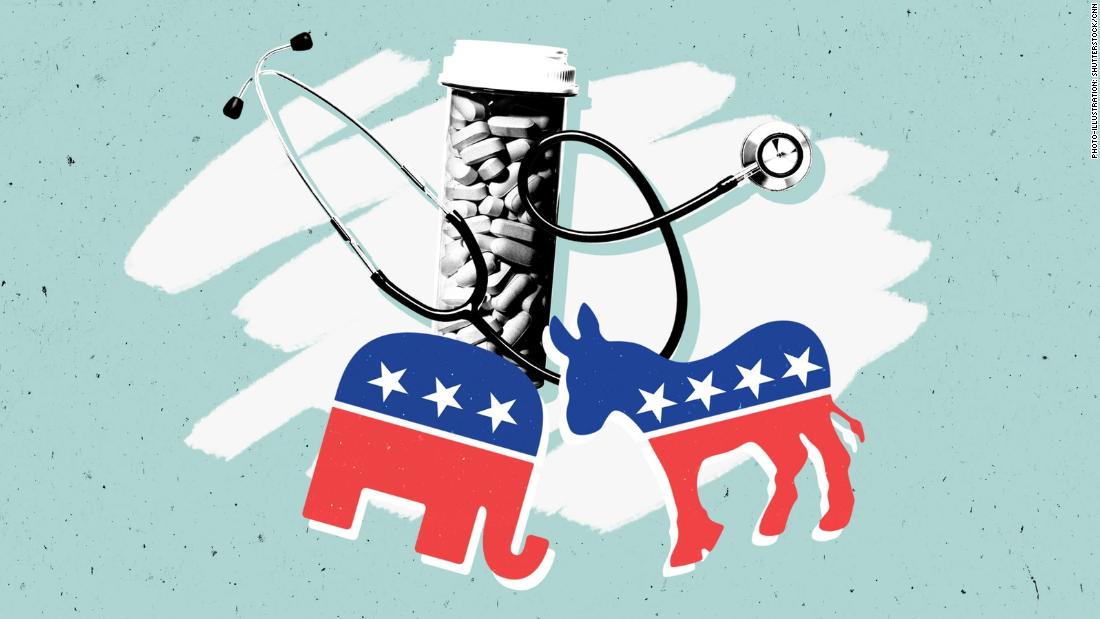 The Affordable Care Act requires insurers to cover people with pre-existing conditions and banned them from charging the sick more. The law ended the practice of insurers imposing annual or lifetime caps on benefits, and it also placed limits on annual out-of-pocket spending. It mandates that insurers provide more comprehensive benefits, including medication, maternity and mental health. It prevents insurers from charging women more and restricts premiums for older folks to no more than three times those of young adults.
Obamacare set up health insurance exchanges to allow Americans to shop for individual policies and created federal subsidies so low- and moderate-income enrollees could buy policies for less than 10% of their income. It also limits the deductibles and co-payments for lower-income policyholders. 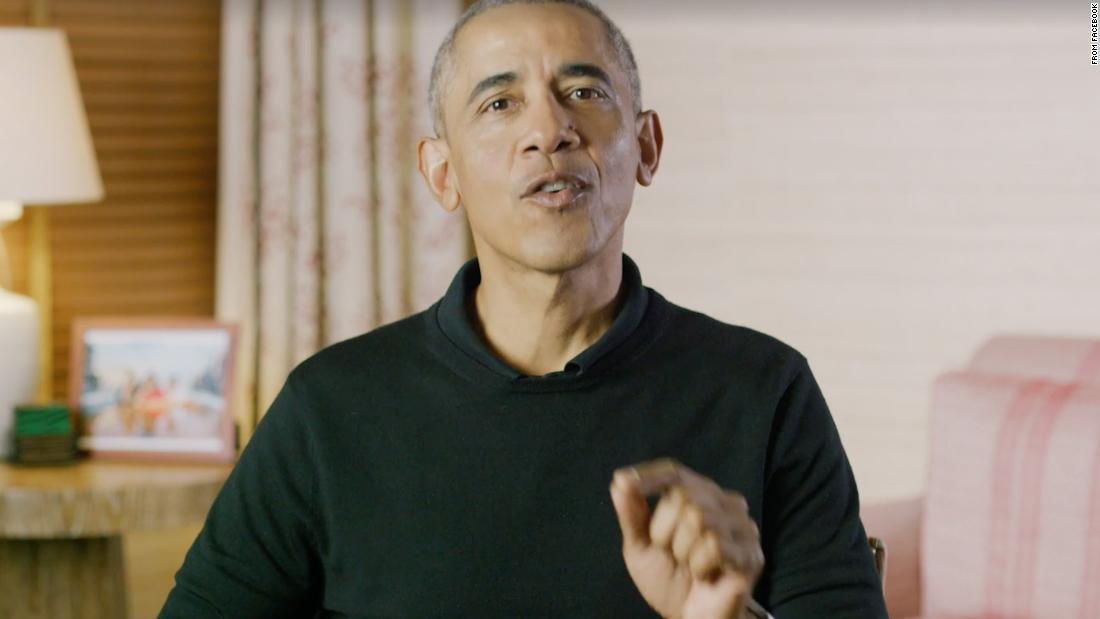 Nearly 11.8 million people signed up for coverage on the Obamacare exchanges for 2018. About 2.5 million Americans purchased individual policies outside of the Obamacare exchanges. They cannot apply for subsidies, but receive all of the other benefits.
Many consumers, however, have not been happy with the changes Obamacare wrought — particularly because they caused premiums to spike. Many middle class Americans who don’t qualify for subsidies have dropped their coverage, saying it’s now unaffordable. 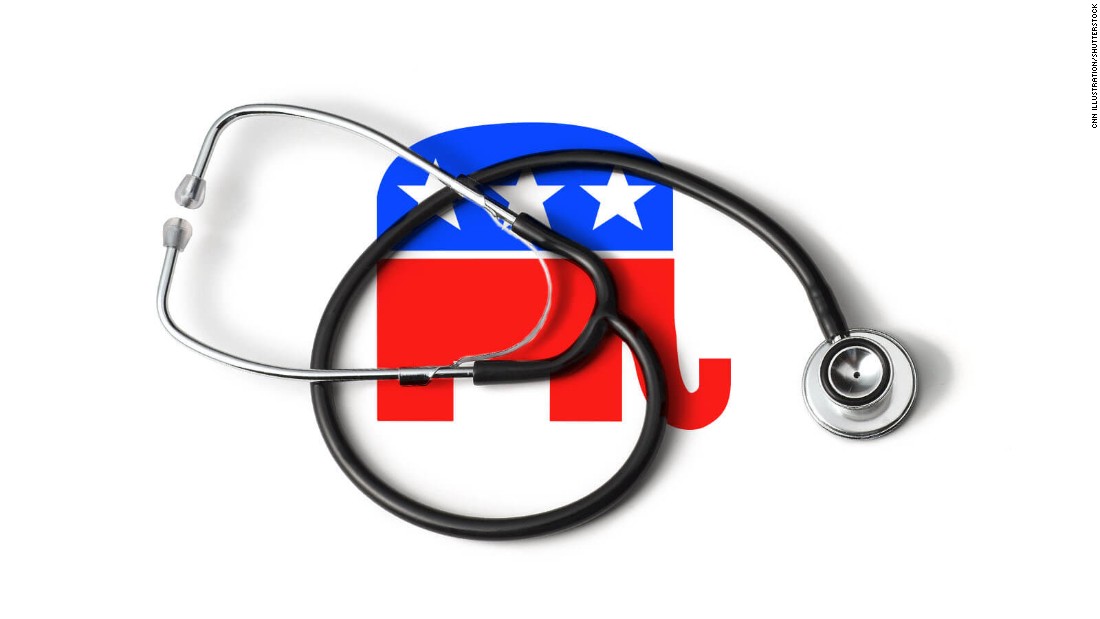 The Trump administration has sought to undermine the law by providing alternative coverage — such as short-term health policies — that don’t have to adhere to all of Obamacare’s provisions, particularly those protecting people with pre-existing conditions. It is also allowing states to apply for changes to their Obamacare programs. The main beneficiaries of these efforts are younger and healthier Americans, who will be able to buy less comprehensive policies with lower premiums.

Before Obamacare, most Medicaid enrollees were low-income children, pregnant women, parents, the disabled and the elderly.
The health reform law opened up the program to low-income adults with incomes of up to 138% of the poverty threshold — $16,700 for a single person — in states that opted to expand their Medicaid programs. So far, 36 states and the District of Columbia have expanded Medicaid or passed ballot measures to do so. Nearly 12 million Americans gained coverage under this provision as of 2016, the most recent figures available. 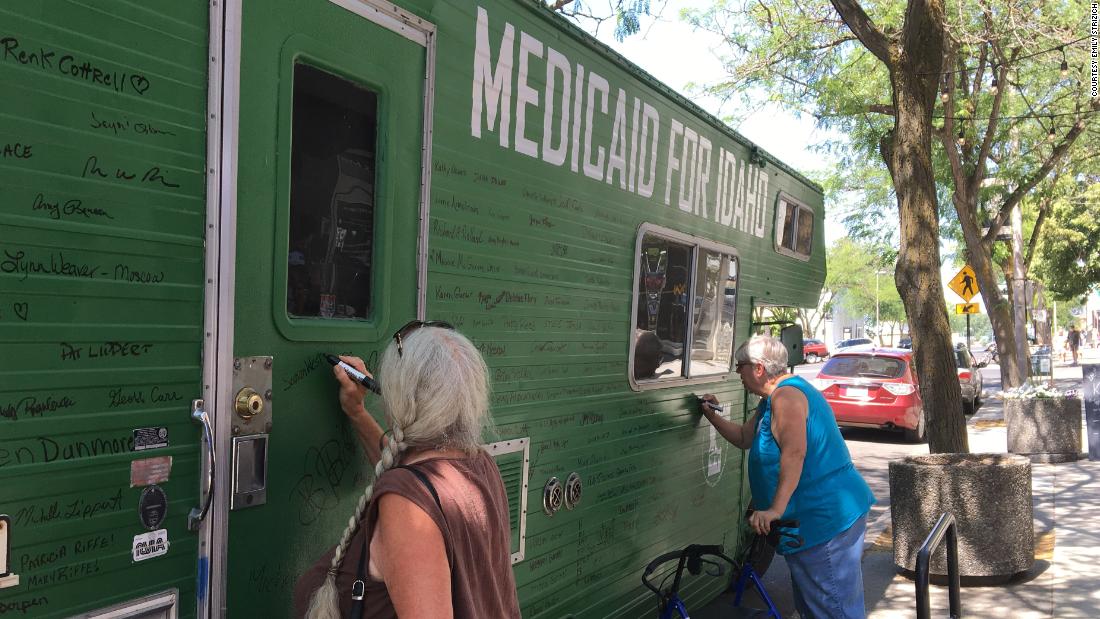 Under the program, the federal government paid 100% of the costs of the expansion population for the first three years and is slowly lowering the reimbursement rate to 90%.