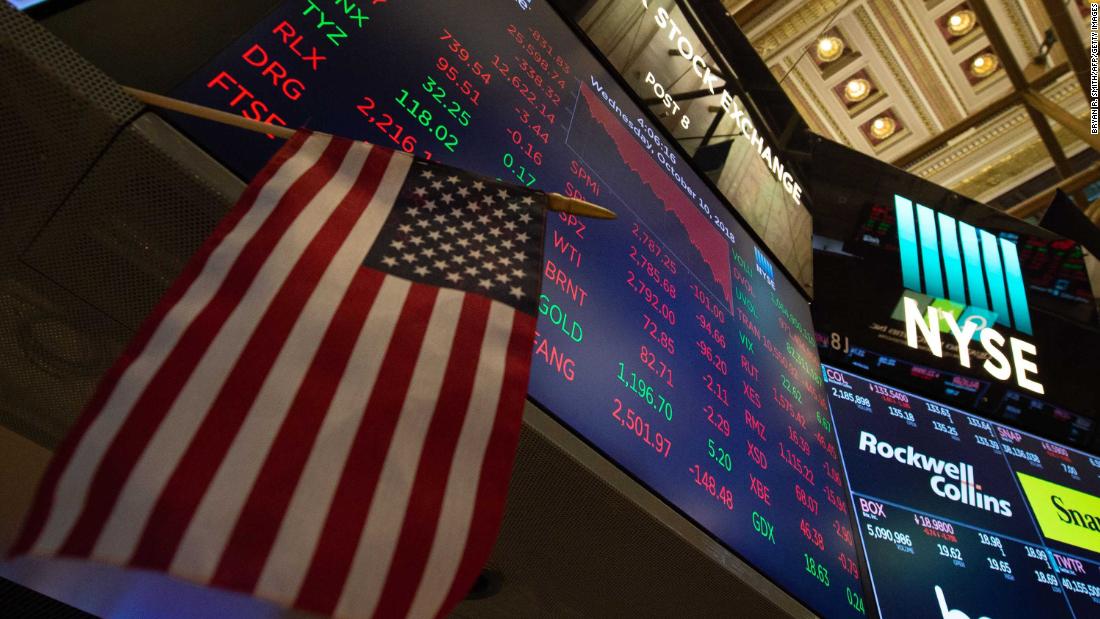 The market slide tacks onto Wednesday’s scary sell-off that wiped 832 points off the index.
The S&P 500 is also sharply in the red, leaving it on track to close down for the sixth day in a row. That hasn’t happened since just prior to President Donald Trump’s election two years ago.
And the Nasdaq remains under pressure, losing another 1.4%. The Nasdaq on Wednesday suffered its biggest plunge since the Brexit referendum in June 2016.
“This kind of washout doesn’t get accomplished in a day. Even though yesterday felt traumatic, it tends to be a three-day process,” said Art Hogan, chief market strategist at B. Riley FBR.
The VIX volatility index touched its highest level since February. And the Nasdaq briefly entered a technical correction, a 10% decline from previous highs, before recovering a bit.
Tech stocks have come under fire because they are some of the riskiest and most expensive parts of the market. Investors fear how these momentum names will hold up in a downturn, particularly as interest rates spike. A proxy for the tech sector had its sharpest plunge in seven years on Wednesday.
“Halloween started early this month for investors,” Ed Yardeni, president of investment advisory firm Yardeni Research, wrote to clients.
The afternoon sell-off comes even though a new report showed that consumer prices rose less than expected in September.
Stocks have turned sharply south in large part because investors are concerned about rising interest rates. As the Federal Reserve raises rates to prevent runaway inflation, investors have been getting out of bonds, driving down their price and driving up their yields. Suddenly, the return on bonds has become competitive with some stocks — particularly risky tech stocks. 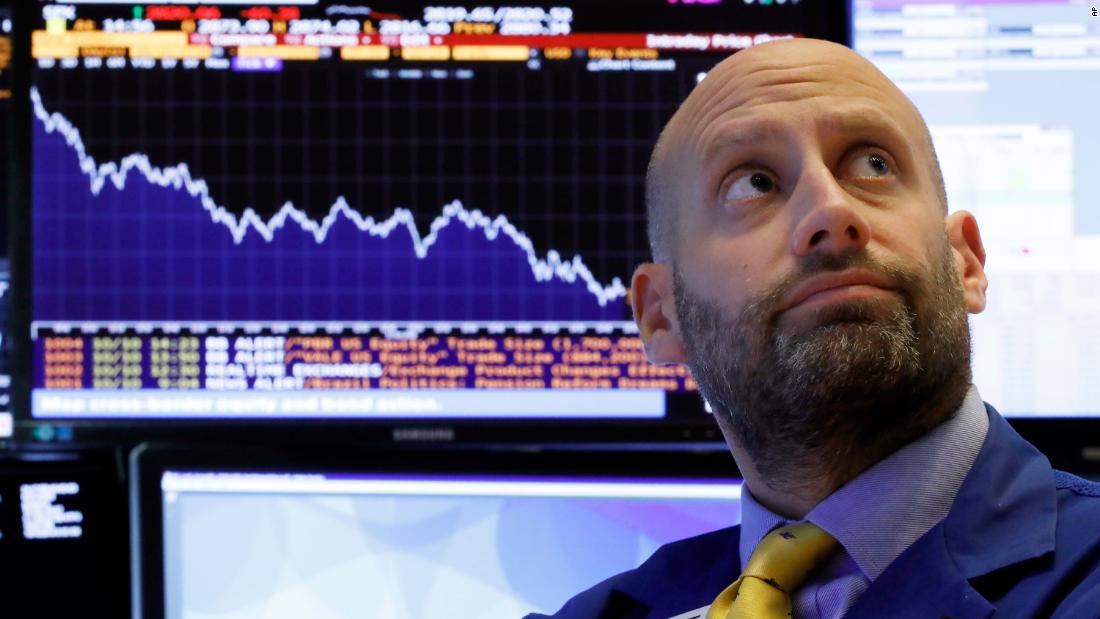 Some US companies have recently warned about pain from rising costs. Paint company PPG Industries (PPG) spooked investors on Tuesday by saying it’s paying more for chemicals, oil and shipping. Fastenal (FAST), another industrial company, suffered a surprise decline in margins due to spiking freight costs. And the company warned of potential trouble from the US tariffs on China.
Wall Street is getting increasingly nervous about the ongoing trade war between the United States and China. While US growth has remained on track, China’s economy is showing signs of a slowdown. Citing the trade fight, the IMF on Monday lowered its 2019 growth projections for both the US and China.
“The downgrade from the IMF underscores this is a very real threat. It’s really a gamechanger,” said Kristina Hooper, global market strategist at Invesco.
Talk of a potential meeting between Trump and Xi could ease market fears about the trade war.
Hogan said the problem is that investors “don’t see an exit on the trade war highway. We’re escalating our rhetoric with China.”
Global markets lost ground overnight. Stock indexes in the United Kingdom, Germany and France all fall by more than 1%. Benchmark indexes in Shanghai and Tokyo closed down 5.2% and almost 4%, respectively. Hong Kong’s market was down over 3%.
There were plenty of other jitters. Gold, which often rises during times of stress, climbed by 2.6%. That hasn’t happened since June 2016. The Fear & Greed Index, a CNN Business gauge of market sentiment, is flashing “extreme fear.” Just a month ago the index was comfortably in “greed” territory.

The S&P 500’s 3% plunge on Wednesday was rare. It’s only happened in 0.6% of all trading days since 1952, according to Bespoke Investment Group.
The good news is that the market often springs back to life after such a deep sell-off. Bargain hunters scoop up beaten-down stocks and calmer heads prevail. On average, the S&P 500 has gained 0.4% the day after a 3% slide, Bespoke said.
That’s what happened in February after the S&P 500 twice suffered 3% drops caused by fears about rising bond yields. Both sell-offs were followed by rebounds of more than 1% the next day.
Yardeni is optimistic the market will rebound because corporate profits are robust and no recession is in sight.
“We remain bullish on the outlook for earnings, and expect the market to recover and make new highs going into next year,” Yardeni wrote.