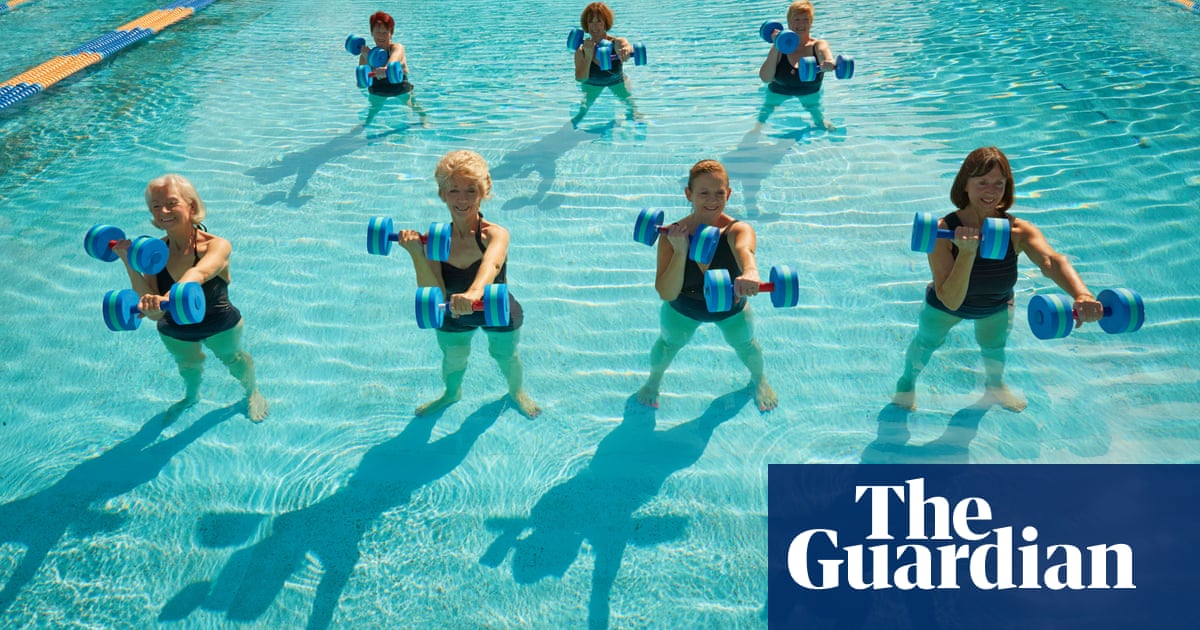 A survey of heart health delivered the grim finding this week that four out of five adults in England have hearts that are more damaged than they ought to be for their age.

Public Health England’s “heart age test”, taken by 2 million people in England, paints a dismal picture of the country’s health and has drawn fresh attention to the most potent risk factors for heart disease – and how people can avoid it. About 80% of heart attacks and strokes in people under 75 could be prevented, according to the NHS.

But one persistent complaint among those taking the test has been receiving inflated age scores due to not knowing their cholesterol or blood pressure values. Those who failed to enter blood pressure (50% of participants) and cholesterol (79%) values were assigned the UK average, which for both metrics is outside the safe range.

“Part of the drive here is to encourage people to know their numbers,” said Matt Kearney, national clinical director for cardiovascular disease prevention at Public Health England and NHS England, which ran the test. “40% of people with high blood pressure – over 5 million people in England – are not diagnosed and unaware.”

According to Kearney, the age test is based on a risk calculator widely used in GP surgeries to gauge an individual’s risk of heart disease and to inform decisions on whether to prescribe drugs that lower blood pressure or cholesterol. The assessment aims to capture as much information about a person’s risk in as few questions as possible.

For instance, the test asks for a person’s weight, blood pressure and cholesterol level – factors that directly influence heart health – but not how many hours a person exercises for, a factor that has a more indirect impact on health. Smoking, one of the strongest risks for heart disease, is asked about. But the test ignores alcohol consumption, which, perhaps surprisingly, has at most a weak effect.

We spoke to five experts about the different ways our lifestyles affect heart health.

Matthew Walters, professor of clinical pharmacology at the University of Glasgow

Diet is an important risk factor for the development of diseases such as heart attacks, strokes and type 2 diabetes, and dietary factors have been implicated in a significant proportion of deaths due to these conditions. High intake of salt and of sugary drinks and low intake of vegetables have been reported as having a particularly strong association with deaths from cardiovascular diseases. Although there is a link between an unhealthy diet and obesity, an unhealthy diet can cause problems even in people who are not obese.

The question of how diet and obesity contribute to poor cardiovascular health is the subject of great interest as obesity is a growing public health problem. In essence, as more fat develops in the body there are a series of complicated hormonal changes. The fat cells release a number of hormones called adipokines, which can affect blood sugar levels, blood pressure and the amount of fat present in the blood. Some inflammatory changes in blood vessels can also occur, and the combined effect is to cause progressive hardening of the arteries that can lead to the development of heart attacks and strokes.

More than 20 million people in the UK are physically inactive, according to a report by the British Heart Foundation. The report defines “inactive” as not achieving the government guidelines for physical activity of 150 minutes of moderate-intensity physical activity a week and strength activities on at least two days a week. Evidence shows keeping physically active can reduce the risk of heart and circulatory disease by as much as 35% and the risk of early death by as much as 30%.

One of the key health benefits of exercise is that it helps keep glucose, insulin and cholesterol levels within the normal range.

When you exercise, your heart rate increases with physical activity to supply more oxygenated blood to your muscles, and the fitter you are, the more efficiently your heart can do this, allowing you to work out longer and harder. As your heart is a muscle, the more you are able to do, the stronger it becomes. As a side effect, this increased efficiency will also reduce your resting heart rate, and your blood pressure will decrease as a result of new blood vessels forming. Exercise lowers blood pressure, reducing strain on the heart.

Dr James Rudd, senior lecturer in cardiovascular medicine at the University of Cambridge

Smoking cigarettes triples the risk of heart attack. And for young people the impact of smoking is even more striking – in those under 50, smoking leads to an eight-fold increase in risk. Smoking is the most important “modifiable” risk factor for heart attack – meaning the risk can be lowered by quitting. In fact, 10-15 years after stopping, a person’s risk is back to that of a non-smoker. The evidence for this link is extremely robust and is not disputed, even by tobacco companies.

The reason smoking is so dangerous is because it makes the blood more “sticky” and more likely to clog up the heart arteries. Cigarettes also damage the delicate lining of the arteries and promote inflammation. All these effects greatly increase the risk of heart attack, which is caused by a blood clot forming inside the heart arteries.

For alcohol there is much weaker evidence – it probably has a neutral effect on heart attack risk. Certainly drinking up to the government guidelines of 14 units a week does not increase heart attack risk by itself.

Air pollution is a known risk factor for cardiovascular disease, although the awareness of this association is perhaps not as strong as other risk factors such as high blood pressure or lack of physical activity. According to a very well-conducted study, Global Burden of Disease, a component of air pollution known as particulate matter pollution is among the top five risk factors for increased risk of death. The majority of deaths or harm are caused by heart attack and stroke.

There are now several controlled studies where volunteers have been exposed to air containing diluted diesel particles. The findings showed that even a short-term exposure to air pollutants at a similar level to that found in a busy road led to increased stress on the heart, caused by reduction in the blood supply and increased risk of clot formation. Air pollutants have been shown to increase an inflammatory stress response in the body that can trigger a cascade of harmful biological effects, including increased plaque formation in the arteries.

There is evidence that various forms of chronic stress contribute to risk, and the same is true of depression and to a lesser extent hostility. However, the effects are much more striking among people who are at high risk for cardiovascular disease than the population in general. The best-studied type of stress is at work, where the presence of job strain (high demands coupled with low control) is toxic. We estimate that we would need to treat (remove the job stress) from 550 middle-aged people to prevent one cardiac event over five years. By contrast, if we made sedentary people physically active, we would only need to treat 195 people to prevent one cardiac event. So in the general population there is a risk from stress, but it is not large. Where the effects are much greater is among people who are at high cardiovascular risk, or those who have already had a diagnosis of heart disease.

We know a lot now about the biological mechanisms through which stress can impact on heart disease. There are several different processes, including changes in the autonomic branch of the nervous system, increases in stress hormones, activation of immune pathways and inflammation, and increases in the stickiness of blood.