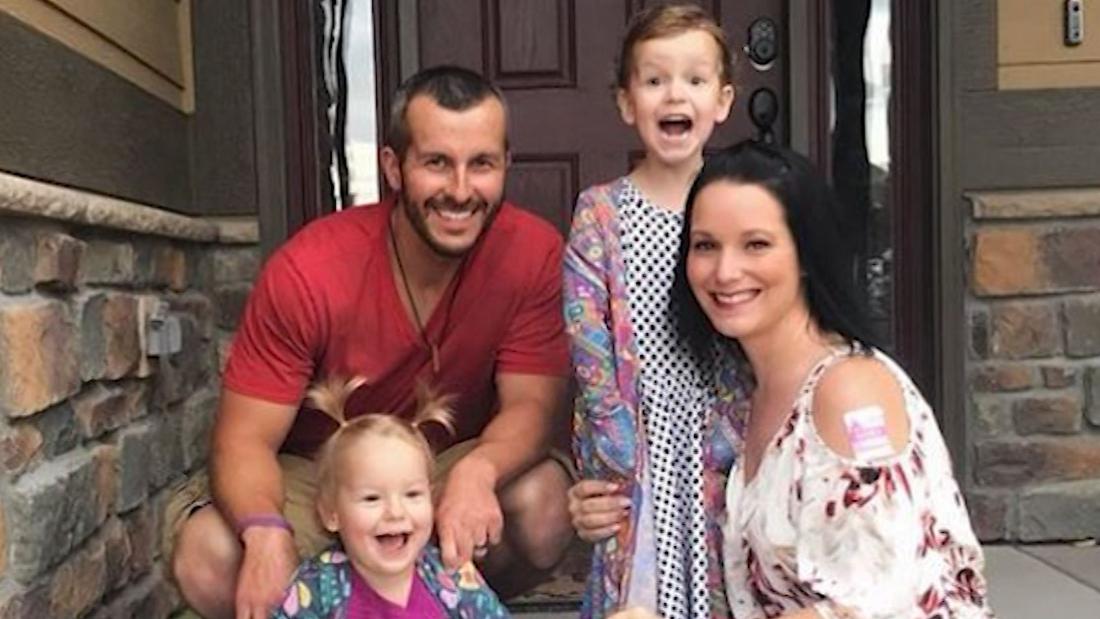 (CNN)In the weeks before Chris Watts killed his pregnant wife and two daughters in Colorado, she saw him becoming suddenly cold and distant, and she canceled a party where she was to reveal her unborn child’s gender, newly released documents reveal.

He pleaded guilty this month to first-degree murder and other charges, and was sentenced Monday to five life sentences with no possibility of parole.
Shanann Watts was realizing her marriage was in trouble around the time she and her daughters took a weekslong trip this summer to see family in North Carolina, the last week of which Chris Watts joined them, investigative documents released this week by the Weld County district attorney’s office show. 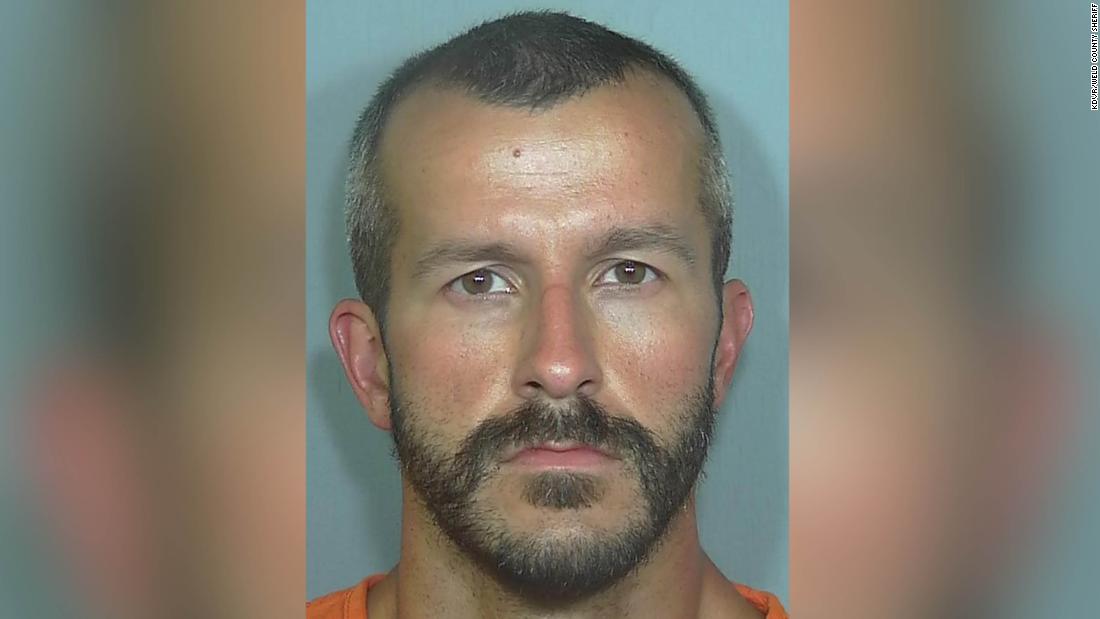 While they were apart from June 27 to July 30, Watts, apparently unbeknownst to his wife at the time, went on dates with a mistress in Colorado, investigators say in the documents.
Arguments between Watts and his wife intensified when he reunited with the family in North Carolina in late July and early August. By the time they returned to Colorado, Shanann Watts, roughly 15 weeks pregnant, revealed to friends that her husband told her he didn’t want the baby, friends told police.
“I don’t know how you fell out of love with me in 5.5 weeks, or if this has been going on for a long time, but you don’t plan another baby if you’re not in love,” Shanann wrote to her husband on August 8, according to a police review of her phone data included in the investigative documents.

‘Chris said we are not compatible anymore’

A friend reported Shanann Watts missing on August 13, saying she wasn’t responding to messages, not long after Shanann returned from a short work trip from Arizona. Police found no one home.
Chris Watts, after returning from work, told police that he had informed his wife early that morning that he wanted a separation. They had not argued, but they were both upset and crying, he told police, according to an affidavit. He told police that she’d indicated she was leaving for an unnamed friend’s house. 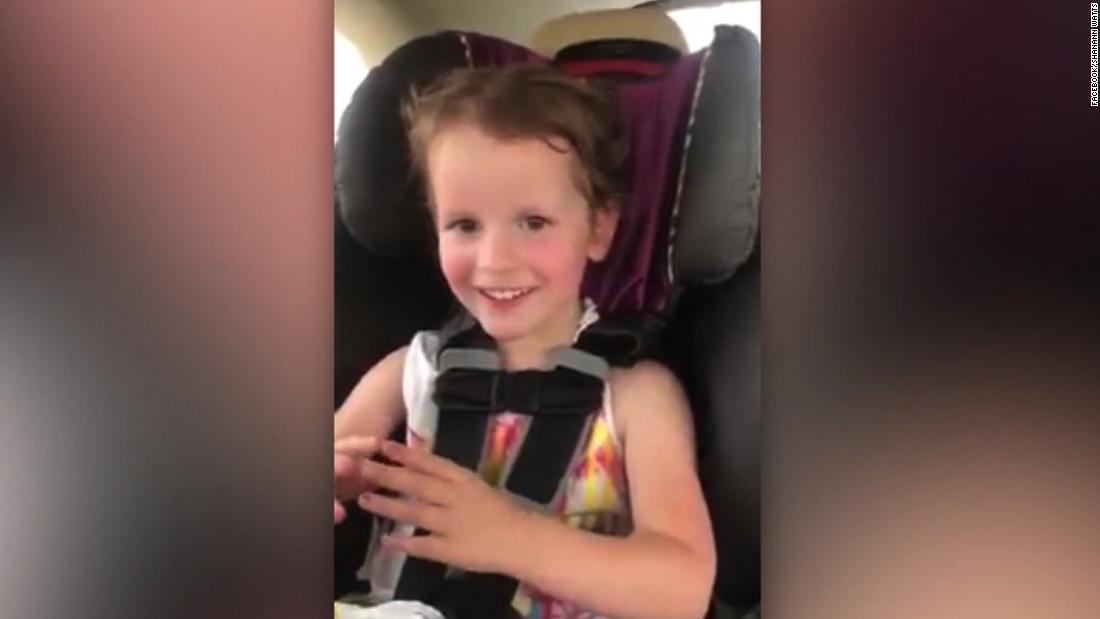 Daughter called her dad ‘hero’ before her death

A day later, Chris Watts, in an interview with CNN affiliate KMGH at his home in Frederick, north of Denver, pleaded for his family’s return.
But later that week, Shanann Watts’ body was found in a shallow grave, and the bodies of Bella and Celeste were found in commercial oil tanks at a company where Watts had worked. Chris Watts had strangled his wife and suffocated the children, authorities said, and he was arrested.
While they investigated, police spoke to several of Shanann Watts’ friends, who told them Chris Watts had just recently become distant with her.
“While in North Carolina, Shanann called (a friend) and said he (Chris Watts) wouldn’t touch or kiss her anymore,” a Frederick police officer wrote in one of the documents. “Shanann told her that Chris didn’t want the baby she was pregnant with and that he was scared. He was happy with having only the two girls.”
That friend told the officer that after Shanann and the children spent five weeks without Watts in North Carolina over the summer, “Chris came back to Shanann a different man.” 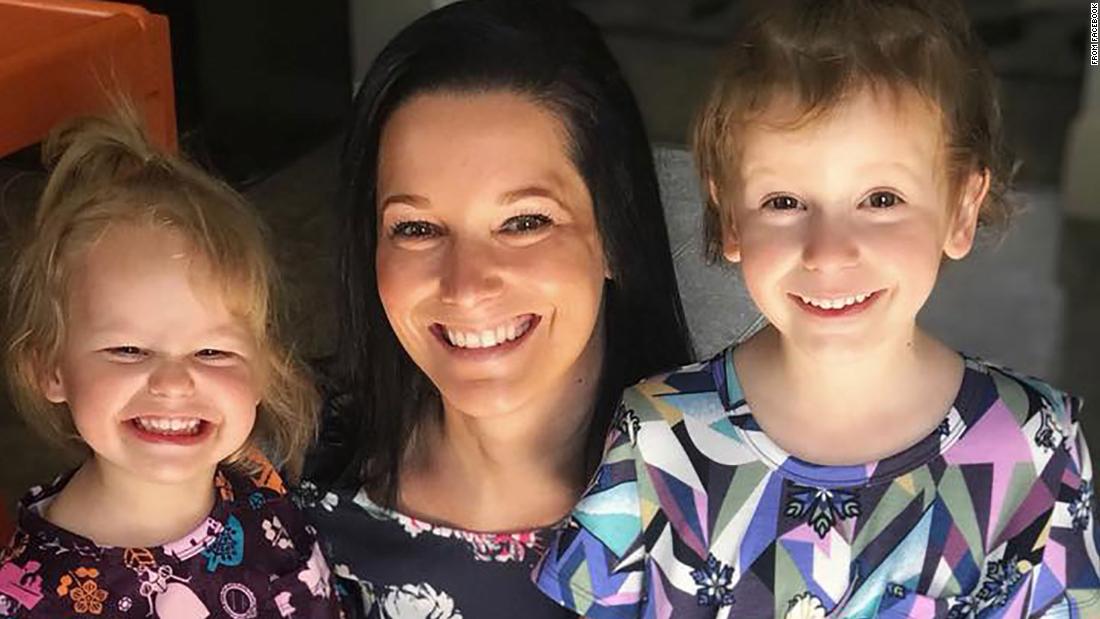 A different friend told police that she’d been helping to plan an August 19 party at which the baby’s gender would be revealed. But the friend learned on August 8 — a day after the family returned form North Carolina — that Shanann was canceling the party.
The friend asked, by text, if everything was OK. Frederick police documented the exchange:
Shanann: “No can I call you tomorrow and tell you.”
Shanann: “Chris said we are not compatible anymore”
Friend: ” … Oh my god what?”
Shanann: “He said we are not compatible anymore! He refused to hug me. Said he thought another baby would fix his feelings. Said, he refused couples counseling! “
…
Friend: “What the hell changed in 6 weeks?”
Shanann: “He said he had a lot of time to think.”
Shanann Watts had gender reveal party planned

‘Why didn’t you just tell me you were done?l?’

Shanann writes to Chris: “You OK? It’s like you don’t want to talk l kept trying to talk and I had to dig it out of you?”
Chris replied, “l’m fine baby. The last few days at work have put a lot of responsibility on me with new people. I didn’t mean to seem short Boo. I love you to the moon and back.”
Shanann answers, “l miss you and l feel like you just want to work out and run.”
Watts claimed running helps “clear my head.”
Shanann responds: “l wish my husband wanted to talk to me.”
July 24
Shanann remarks that Chris has been slow to respond to her.
“Thought something happened. But you don’t care about others feelings… Or think you’re with another girl, or worse. No consideration of others.”
Later, Shanann writes:
“l realized (during) this trip what’s missing in our relationship! lt’s only one way emotions and feelings. I can’t come back like this. I need you to meet me halfway. You don’t consider others at all, nor think about others feelings.”
Watts replied that he was sorry and he loves her, the investigator writes.
Shanann responded: “l try to give you space, but while you are working and living the bachelor life l’m carrying our 3rd and fighting with our two kids daily and trying to work and make money. lt’s not hard texting love you and miss you. lf you don’t mean it then I get it, but we need to talk. I kept looking at my phone all night and no response from you. Like seriously! We didn’t just start dating yesterday! We’ve been together 8 years and have 2.5 kids together.”
July 29
After a 14-minute phone conversation, Shanann writes: “lt would have been nice for my husband to show interest in how the girls and I are, and the baby. l’m done with begging for you to talk.”
August 5
By now, Chris had reunited with his wife and kids in North Carolina.
Shanann messages Chris: “l don’t know how you fell out of love with me in 5.5 weeks, or if this has been going on for a long time, but you don’t plan another baby if you’re not in love. Kids don’t deserve a broken family … You show up and I have to practically ask for a kiss in airport.”
Later, she adds: “Being away from you, it’s not the help I missed because I handle that. lt was exhausting, but with school that’s not hard. I missed the smell of you, you touching me when l’m cooking, you touching me in bed, you touching me period ! I missed holding you and snuggling with you. … lf you are done, don’t love me, don’t want to work this out, not happy anymore and only staying because of kids, I NEED you to tell me.”
August 6
Shanann writes to Chris: “Your only response last night was ‘l don’t want to lose the kids!’ ‘You used me to just have a ‘boy!’ Only reason you wanted another kid?! I can’t handle this and you are ok with it. Why didn’t you just tell me you were done?l? Why get me pregnant?!?”
Chris responds: “l’m not just staying because of the kids. They are my light and that will not change. I didn’t fall out of love in 5 weeks, that’s impossible. I don’t want to erase 8 years just like that. l’m not sure what’s in my head.”
Later, Shanann writes that at one point, she was trying to get him to hug her, and to “make me feel safe.” Chris responds that “this will all get fixed.”
“No I don’t need words damnit,” Shanann responds. “You just told me you don’t want this baby.”
August 7
In a text with a friend, Shanann writes: “Chris told me last night he’s scared to death about this third baby and he’s happy with just Bella and Celeste and doesn’t want another baby.”
After the friend writes that Chris is just scared and everything will be fine when the baby is born, Shanann writes: “He has changed. I don’t know who he is. … He hasn’t touched me all week, kissed me, talked to me except for when l’m trying to figure out what is wrong … He’s been distant since I left.” 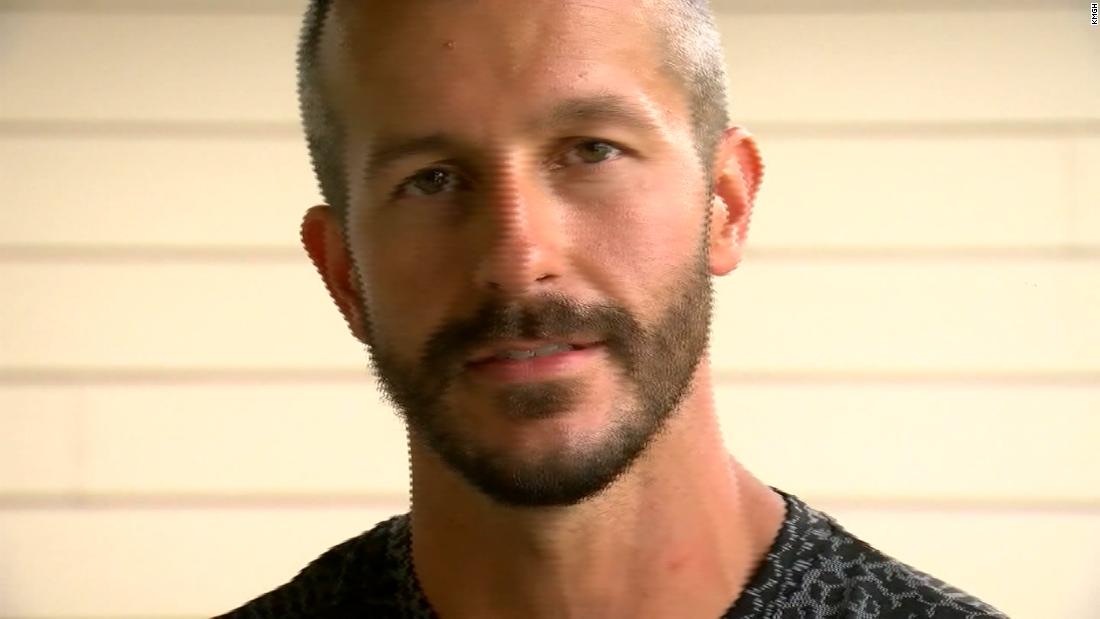 Other woman tells her side of story

According to an unsealed Weld County arrest affidavit, investigators say they discovered Watts was “actively involved” in an affair. According to the documents released this week, Nichol Kessinger told the FBI that she had developed an intimate relationship with Watts.
In a report analyzing the phone records of Kessinger and Chris Watts, police said the two had dates while his wife was in North Carolina, including to the Great Sand Dunes National Park & Preserve in southern Colorado, and a museum in Boulder.
Kessinger, 30, told The Denver Post she met him while working for the environmental department of a petroleum contractor.
“We had just met,” Kessinger told the newspaper. “I barely knew him.” 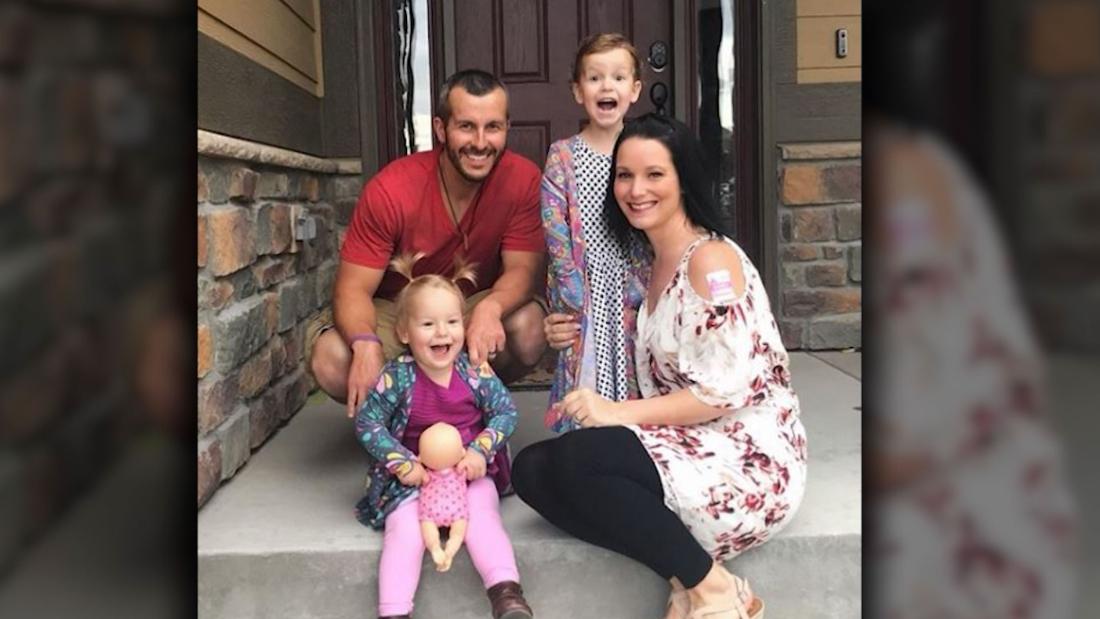 He wasn’t wearing a wedding ring when they were introduced, and she thought he was attractive, soft-spoken and a good listener, she said. When they first met outside of work in late June, he told her he was in the final stages of a divorce. She never met any of his relatives or friends, Kessinger told The Post.
Watts sent her a text August 13 to say his family had disappeared, and she was confused about why the media was at his house.
“When I read the news, I found out he was still married and his wife was 15 weeks pregnant,” Kessinger told the newspaper.
She peppered him with questions via phone calls and text, she said, and he changed his story about the divorce, showed little emotion about his family’s disappearance, and tried to change the subject.
“It got to a point that he was telling me so many lies that I eventually told him that I did not want to speak to him again until his family was found,” she told the paper, explaining that she called police on August 15 to report Watts’ lies.