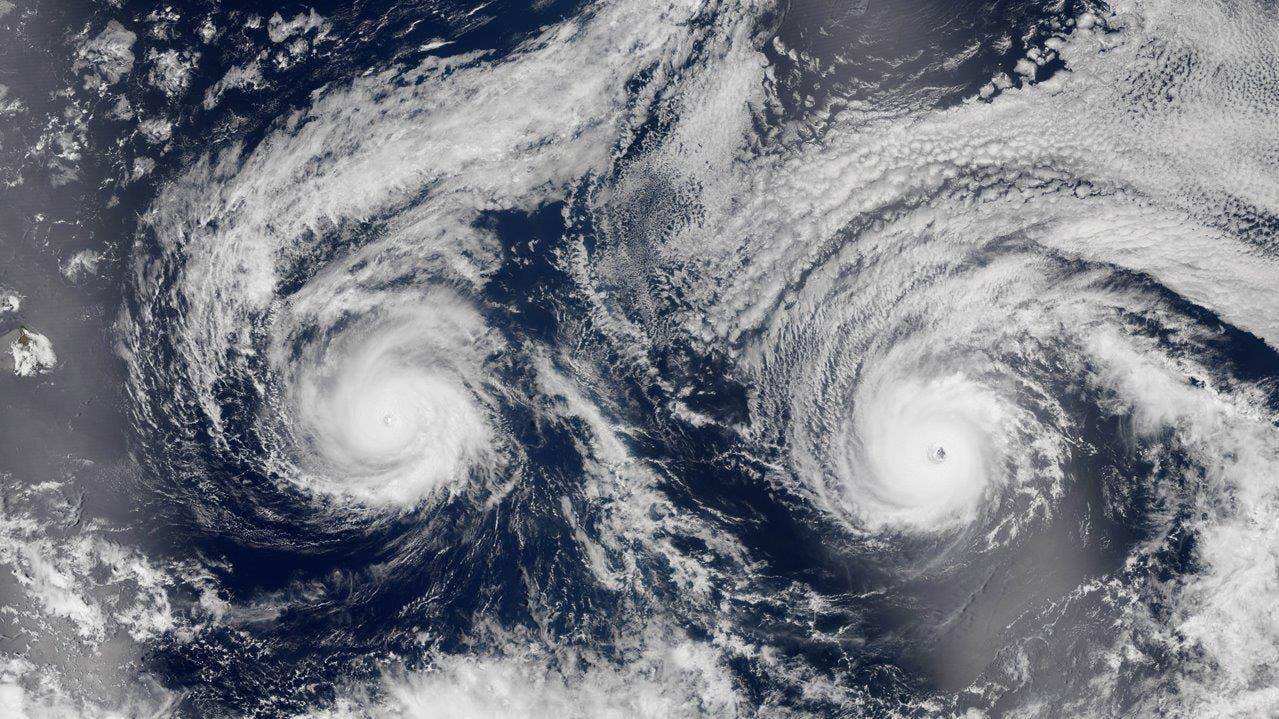 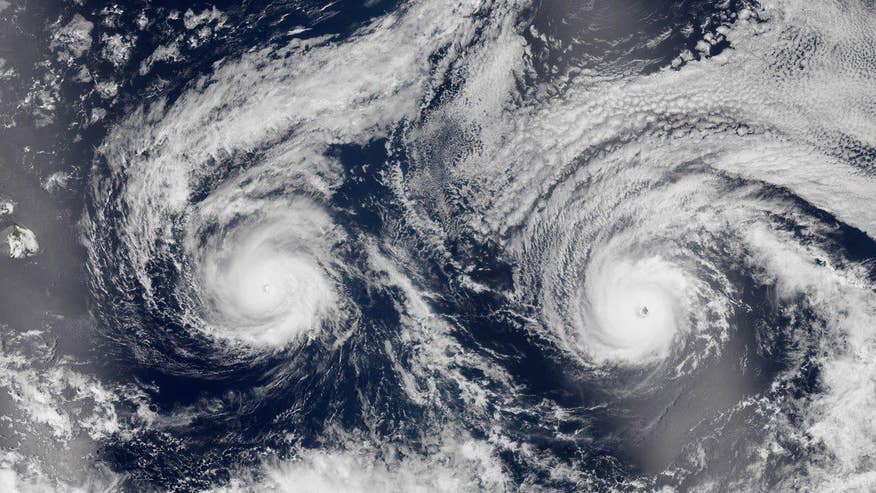 Preparing for what could be the first hurricane to make landfall in Hawaii in years, residents on the Big Island are stocking up on food and water and seeking shelter for their animals.

The National Weather Service issued a hurricane warning as the storm dubbed Madeline churned west Tuesday toward the island, urging residents to rush through preparations to protect themselves and their property and expect hurricane conditions within the next 36 hours.

Peggy Beckett, a retiree and beekeeper, stopped at a Hilo supermarket to pick up some bagels, cheese, cold cuts and salad to add to her canned food at home. She has a cooler with ice in it plus a portable burner and batteries to get her through the storm.

“There’s always a lot of disbelief on the island that the storms will really be as big and bad as forecast,” Beckett said.

The Keaau resident and her partner made sure to put extra rocks on their beehives to protect them from the storm.

Noting the lines of people inside the supermarket, Beckett said she thought people were getting prepared but weren’t panicking.

Hurricane Madeline was downgraded from a Category 3 storm to a 2, before being further downgraded to a Category 1 with sustained winds of about 90 mph.

It was weakening as it approached the islands and was expected to pass just south of the Big Island around 2 a.m. Thursday (5 a.m. PDT). But if the storm track shifts slightly to the north, the eye of the storm could pass over land.

“Hopefully our roofs stay on, and our houses don’t float way or get blown away,” said Big Island resident Mitzi Bettencourt, who boarded up walls of glass windows at her brother’s oceanfront home. “It’s like, `Oh my God, are we going to get flattened or what?’ “

Bettencourt, who lives in a subdivision called Kapoho Vacationland, manages several vacation rental properties and her own home sits a few blocks from the ocean. She and her neighbors were stocking their pantries, stowing lawn furniture and preparing for power outages.

“If they’re not prepared now, they should get prepared fast,” said Chevy Chevalier, a meteorologist with the weather service.

The last hurricane to make landfall in Hawaii was Hurricane Iniki in 1992, which hit Kauai, Chevalier said.

A second Pacific hurricane, called Lester, is still far from Hawaii, and it is expected to weaken to a tropical storm as it passes the state, Chevalier said.

Gov. David Ige issued an emergency proclamation for both storms, which will allow the state to quickly spend money to alleviate disasters.

The state Department of Education announced public schools would be closed Wednesday and Thursday, and about a dozen schools were turned into emergency shelters.

President Barack Obama is scheduled to visit Oahu this week. The White House is tracking the weather developments, but doesn’t anticipate changing Obama’s schedule. The Hawaiian islands of Maui, Molokai and Lanai were under a tropical storm watch, but there were no alerts for Oahu or Kauai.

On the Big Island, Hawaii Volcanoes National Park was closing some areas Tuesday, and park officials planned for the coastal lava viewing area to close by Wednesday morning. Some camping areas were closing.

Hawaiian Airlines said customers holding tickets to or from Hawaii’s Big Island from Aug. 31 to Sept. 1 would be allowed a one-time reservation change without a fee.

Elsewhere, North Carolina’s Outer Banks were spared from a tropical weather system that had been moving toward the state for two days.

Byron Miller, manager of The Ocracoke Harbor Inn, said residents and tourists experienced less than an inch of rain. Dare County Emergency Management Director Drew Pearson said the tropical depression resulted in “no impacts” on areas such as Cape Hatteras.

The National Weather Service said Wednesday morning that the tropical depression was moving away from the state. Highest winds remained at 35 mph, with the system about 75 miles east of Cape Hatteras.