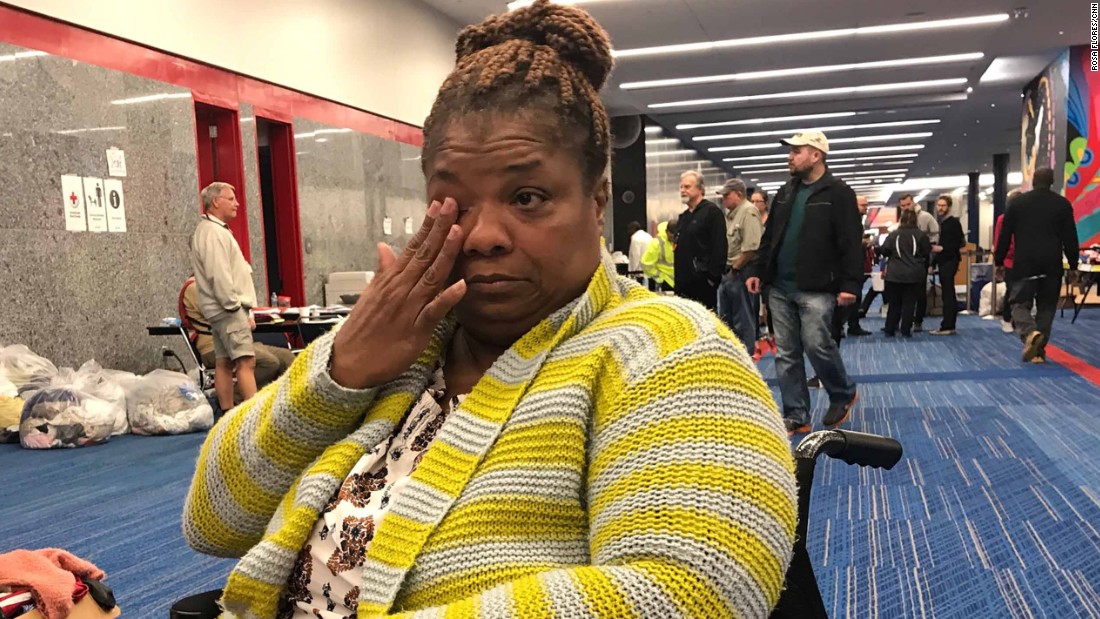 Houston (CNN)More than 9,000 people are dry and safe Tuesday at a temporary shelter in downtown Houston’s convention center, but are now struggling to come to grips with their new reality.

Thousands arrived at the George R. Brown Convention Center after being plucked from rooftops by rescuers in helicopters or scooped up by volunteer emergency responders in boats. Many have lost everything to flooding from Tropical Storm Harvey’s relentless rains.
The center was initially set up with 5,000 cots. As of early Tuesday morning, 9,021 evacuees had checked into the sprawling convention center on the east side of Houston’s downtown. 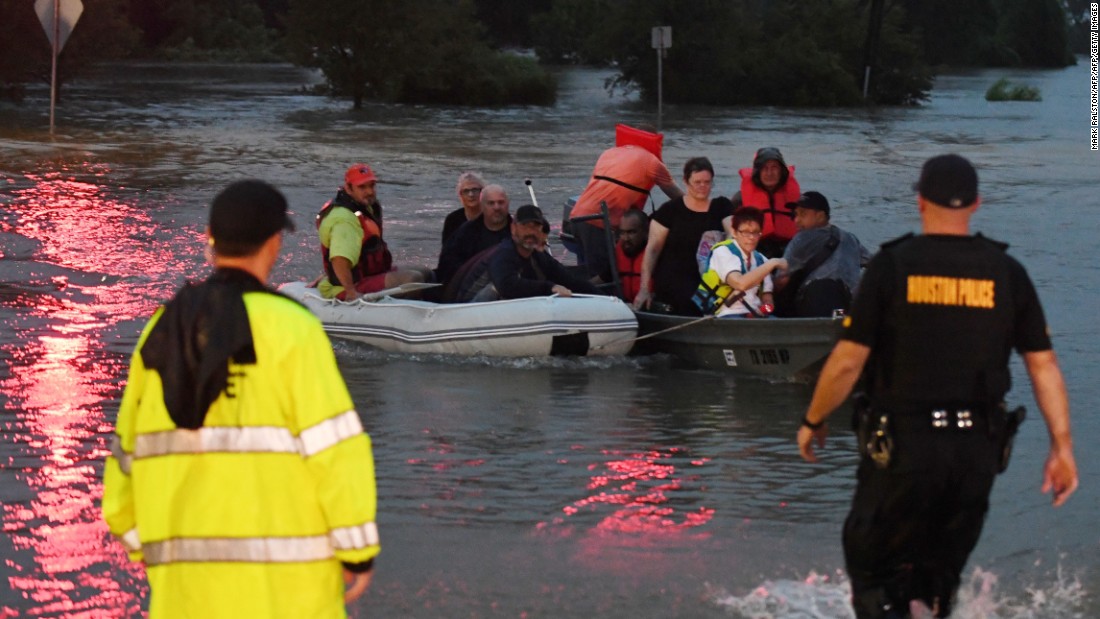 Crowd control is going smoothly and meals are being served on a regular basis, said Tom McCasland, director of the Housing and Community Development Department. Pets are welcome, too, and the Red Cross expects to have enough food to feed 20,000 people.
“Our doors remain open,” he said, addressing concerns that the city was running out of space. But to relieve pressure on the facility as more evacuees come in, another shelter is opening nearby on Tuesday afternoon, he said.
“At no point have we closed the doors here.”

Red Cross Spokesperson Anthony Tornetta told CNN the agency readied supplies ahead of Harvey’s arrival and is continuing to bring in more.
“We’re going to ensure that people that have been affected have everything they need as they go forward,” Tornetta said.
Those needs include mental health services and spiritual care, along with the basics of food and shelter.
Once evacuees arrive and go through a security screening, they check in. That’s where volunteers begin assessing immediate and long-term needs.

Reality sets in for evacuees

For many, the enormity of the storm and its impact are just starting to settle in. Karen Preston said she’s weathered hurricanes before, but she’s “never seen anything like this.”
Harvey’s harrowing effects have left Preston “in pain, stressed and overwhelmed,” she said.
Preston’s journey to safety began with a jet ski. She was then taken to a boat, which dropped her, her husband, and her 17-year-old son off at a Walmart. From there a bus brought them to the convention center.
Preston has high blood pressure and is recovering from knee surgery. Since the storm hit she said she’s already waited in many long lines for help. When she arrived at the convention center and was given a blanket and pillow, it was enough to bring her to tears — a sign of the mental and emotional stress many evacuees are experiencing. 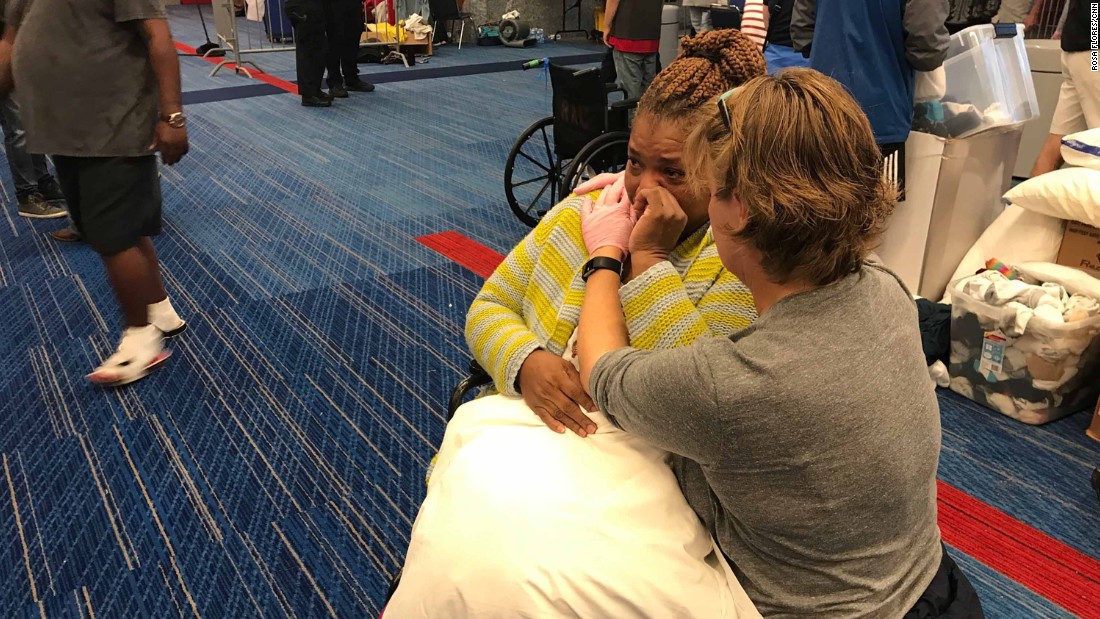 Evacuee Isaac Sandoval says the hardest part of his ordeal was being separated from his family when there wasn’t enough room for him on their rescue boat.
“When what you love is far away from you, it’s pretty hard,” Sandoval said.
Once his wife and four children were loaded onto the boat Sandoval had to watch as they were driven away, then wait another eight hours for his rescue. “To think that you cannot do anything for them, it’s hard,” Sandoval said while fighting back tears.
The family was reunited at the convention center, where husband and wife swapped stories about their ordeals, including how hard it was to see other families struggling to get through floodwaters.

The convention center also has an area where volunteers can drop off donations. Right now, they’re in desperate need of wheelchairs, hospital socks and blankets, said Andrew Kincannon of Houston Fire EMS. The center’s website says that clothing, baby formula, bottled water and non-perishable food also are needed.
Tornetta, the Red Cross spokesman, said the agency has more than 30 shelters set up throughout the Gulf Coast region. Some evacuees may be transferred to other locations to make sure everyone has a roof over their head, he said.
Dallas, hundreds of miles to the north, also is preparing to open a mega-shelter for Harvey evacuees at its downtown convention center.