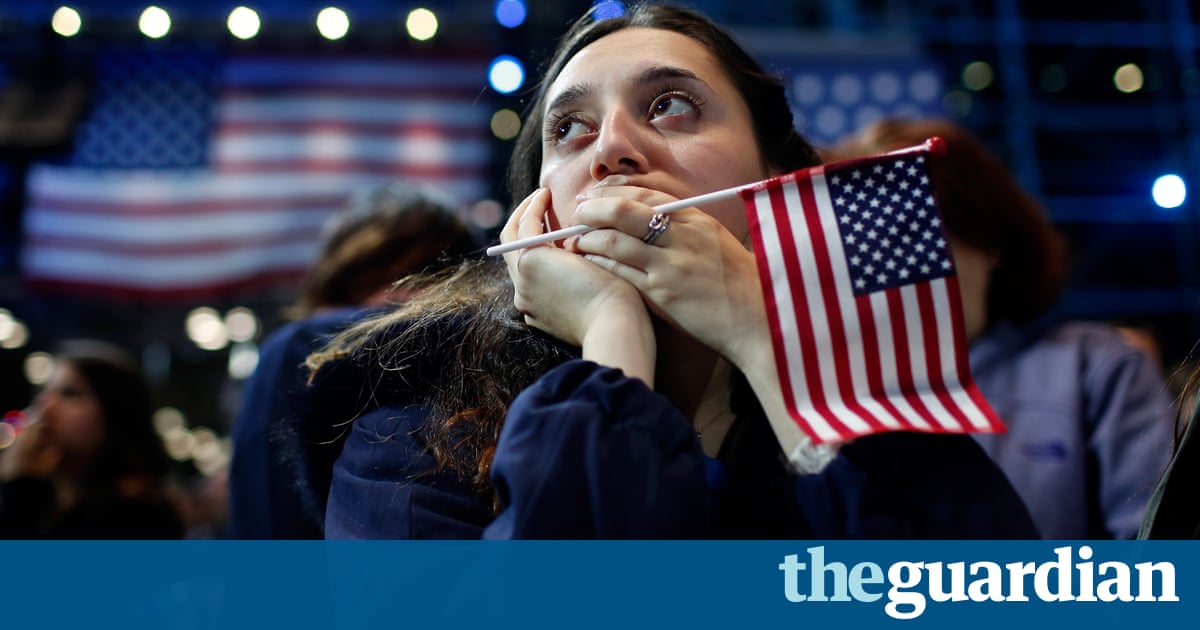 Happiness in the US is declining and is expected to continue on a downward path, with Donald Trumps policies forecast to deepen the countrys social crisis.

The US has slipped to 14th place in the World Happiness Report 2017, produced by the United Nations. The worlds economic superpower is well behind top-ranked Norway, although it remains above Germany in 17th place, the UK in 19th, and France in 32nd.

Norway knocked Denmark off the top spot as the worlds happiest country, with Iceland and Switzerland rounding out the top four. The reports authors stress, however, that the top four are so close that changes are not statistically significant.

The next tier of countries are regular leaders in international happiness surveys: Finland is in fifth place, followed by the Netherlands, Canada, New Zealand, Australia and Sweden.

The worlds unhappiest countries are all in the Middle East and Africa: war-stricken Yemen and Syria feature in the bottom 10, with Tanzania, Burundi and Central African Republic making up the final three.

The UN report, which is based on Gallup polls of self-reported wellbeing as well as perceptions of corruption, generosity and freedom, this year has a special focus on the story of reduced happiness in the US.

Although the US is ranked in 14th place in the UN report, released on Monday, other studies highlighted by the authors show how rapidly the country has slid down international rankings on wellbeing.

The US has fallen to 19th place in happiness rankings of rich countries, compared with third place just over a decade ago, the report states.

The United States offers a vivid portrait of a country that is looking for happiness in all the wrong places, writes Jeffrey Sachs, a Columbia University economist and author of the chapter on the US. The country is mired in a rolling social crisis that is getting worse.

Yet the dominant political discourse is all about raising the rate of economic growth and the prescriptions for faster growth mainly deregulation and tax cuts are likely to exacerbate, not reduce, social tensions.

Since his inauguration in January, Trump has pledged to cut taxes and proposed slashing budgets for most federal agencies, including justice, health and education, to pay for increased military spending. He also wants to repeal and replace Obamacare, the healthcare reforms enacted by Barack Obama, which could lead to 24 million Americans losing health coverage in the next decade.

Sachs, one of the worlds best-known economists, who has advised successive UN secretary generals, identifies several reasons behind declining American happiness: the rise of big money in American politics as a result of supreme court decisions, which allow billionaires and corporations to make untraceable campaign donations.

Closely related is soaring income inequality and the severe deterioration of US education that has left more young Americans facing a precarious and indebted future. Sachs also says the open-ended global war on terror following the 9/11 attacks has helped to stoke a climate of fear.

In a stinging critique of policymakers in Washington DC, Sachs criticises naive attempts to raise the economic growth rate. He says this prescription is doubly wrong-headed because most of the pseudo-elixirs for growth especially the Republican partys beloved nostrum of endless tax cuts and voodoo economics will only exacerbate Americans social inequalities and feed the distrust that is already tearing society apart.

The unhappiest countries in the world are mostly in sub-Saharan Africa, where the reports authors note the mismatch between the continents ageing leaders and young populations.

The average age of an African leader is 70, meaning many were born at the end of the colonial era, while 70% of African citizens are under 30. According to the report, Africans low levels of wellbeing and happiness may reflect dashed expectations of democracy, while growing populations are putting extra pressure on inadequate infrastructure.

In China, the report found that wellbeing continued to lag well behind the countrys rapid economic growth. Economic output has increased five times in the past 25 years, but wellbeing fell between 1990 and 2005. Although Chinese life satisfaction has improved, it remains lower than it was a quarter of a century ago.

The unhappiest country in Europe was Ukraine (133), while the unhappiest European Union member state was Bulgaria (106).

Newer EU members in central and eastern Europe tended to be less happy than older members. Bucking that trend in 88th place was Greece, still gripped by high unemployment after successive EU bailouts.