Amid huge demand for new production of US show, producers have banned resales and warned buyers they will be turned away from theatre 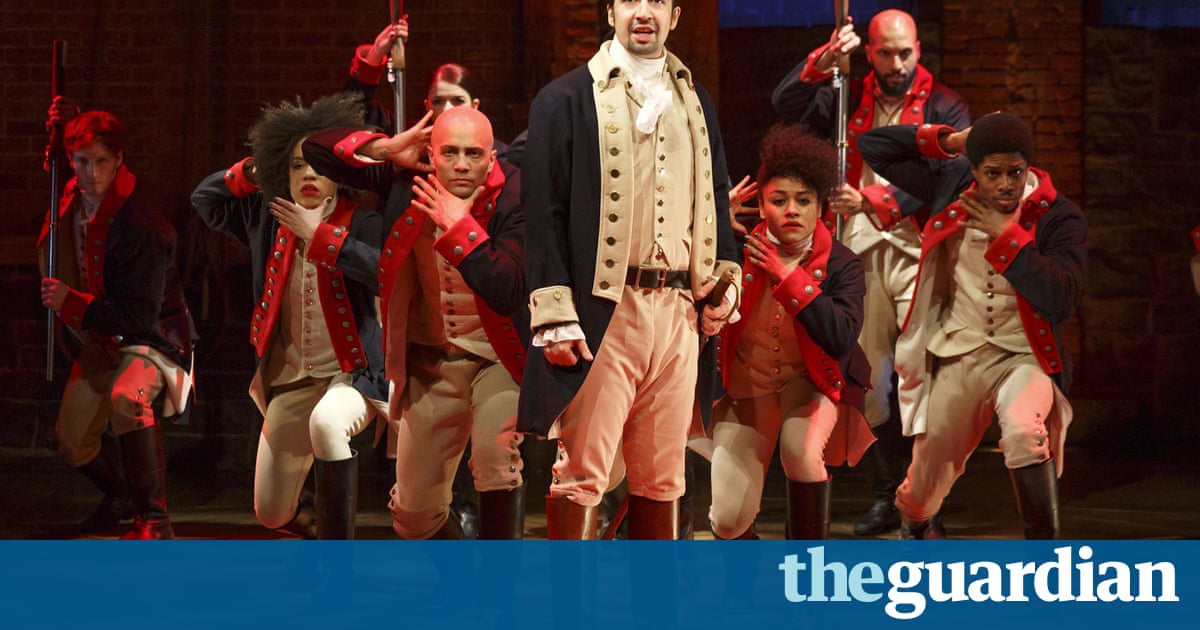 Michelle Obama is said to have described it as “the best piece of art in any form that I have ever seen in my life”. Now Lin-Manuel Miranda’s Pulitzer prize-winning hip-hop musical Hamilton, based on the turbulent life of one of America’s founding fathers, has arrived in London. And such is the frenzy the show is generating that tickets are being offered for up to £6,000.

But hopeful fans are being warned – ticket resale sites may be breaking the law, and they could face being sent away when they turn up for the show.

Production firm Delfont Mackintosh has placed a strict ban on resale for Hamilton, in an effort to prevent seasoned touts hoovering up tickets to sell on at vast mark-ups. But this weekend Switzerland-based Viagogo was advertising dozens, days before the show’s big opening night at the Victoria Palace theatre.

After all the excitement when the show about Alexander Hamilton hit Broadway last year – where some leading critics recommended taking out a mortgage, if necessary, to secure a seat – it was no surprise when tickets for the London run sold out almost instantly when they were released in January. Before long, nothing was officially available until June next year, although there will now also be a daily lottery held for £10 seats. At first only a few tickets appeared on the Viagogo site, but the number increased, along with prices, as the show’s London debut approached.

For the show’s talented creator, Lin-Manuel Miranda, interviewed by the Observer’s Tim Lewis in the New Review this weekend, it looks as if success in the West End is to be accompanied by the same crazy appetite for seats that dogged him in America.

So far Viagogo appears to be ignoring instructions from the Competition and Markets Authority, which has been investigating so-called “secondary” ticketing since last year.

The CMA, which raided the offices of Viagogo and rival StubHub during its probe, warned last month that it had “gathered evidence which it considers reveal breaches of the law” by ticket sites.

Among a list of strict instructions to firms such as Viagogo, the CMA told them to state clearly if tickets include terms and conditions that might see buyers denied entry. But a mock purchase made by the Observer yielded no such information, despite a clear warning on the official Hamilton ticket website, run by Ticketmaster. “Reselling of any Hamilton ticket is strictly forbidden,” according to the site, which adds that anyone found to have bought through secondary ticketing sites will be “refused admission”.

In a statement on its website, Viagogo says: “These types of entry restrictions are highly unfair and in our view, unenforceable and illegal.”

Security consultant and ticketing expert Reg Walker, of the Iridium Consultancy, said: “Hamilton have done an amazing job in disrupting the touting of tickets for their shows. Some touts have listed tickets on Viagogo, and any purchasers will have to meet them at the theatre in order to be walked in. I believe theatre staff have been trained to spot this, and it is likely that test purchases will further disrupt this activity.”

Industry insiders said the rewards on offer were so great that touts were likely to be willing to turn up at the venue to collect the tickets before handing them over to their illicit customers.

The Observer also understands that on the night of some performances, a sting operation may be in place, with undercover agents posing as buyers to catch touts.

The CMA revealed earlier this year that it has also widened the scope of its inquiry into ticketing, promising to look into tactics such as “pressure selling”. The Hamilton website warns customers that they may lose their ticket if they do not complete the transaction immediately or that tickets are likely to sell out soon.

The competition watchdog has also told resale companies that they must make it clear who is selling the advertised ticket, but no such information appears in Viagogo listings.

Hamilton’s producers Delfont Mackintosh Theatres told the Observer they had been “working to combat the unauthorised profiteering of third party resellers and ticket touts”, adding that its success in deterring touts has been beyond expectations. But it admitted that not everyone was respecting its efforts.

“Of the four principal unauthorised online secondary ticketing sites such as Viagogo, three are not carrying, nor advertising, any Hamilton tickets,” said a spokesperson.

“On the fourth site, in almost every case, the way the tickets are advertised is in breach of consumer regulations and, where they are identified, any such tickets will not be admitted to the theatre nor refunded on the night.”

The spokesperson for the show’s producers added that they were pleased that their “persistent lobbying”, conducted in tandem with others within the industry, led the CMA to announce further steps to enforce and tighten existing legislation last week.

Miranda tells the Observer the pressure on tickets has not dampened his enthusiasm for the upcoming London run. He wants the show to be accessible to as many people as possible. “People who don’t ordinarily like musicals can get in, because they are fans of hip-hop,” he tells Lewis, going on to explain: “You know, popular music and theatre music used to be friends, they used to be the same thing. And Hamilton is my attempt to do that by hook or by crook, wedging these things together.”

And in a diplomatic move, there is one lucky engaged couple who will not be forced to battle for their seats. Miranda is planning to put a pair aside for Prince Harry and his fiancee, Meghan Markle: “That would be an absolute treat – obviously that would be an honour for us.”