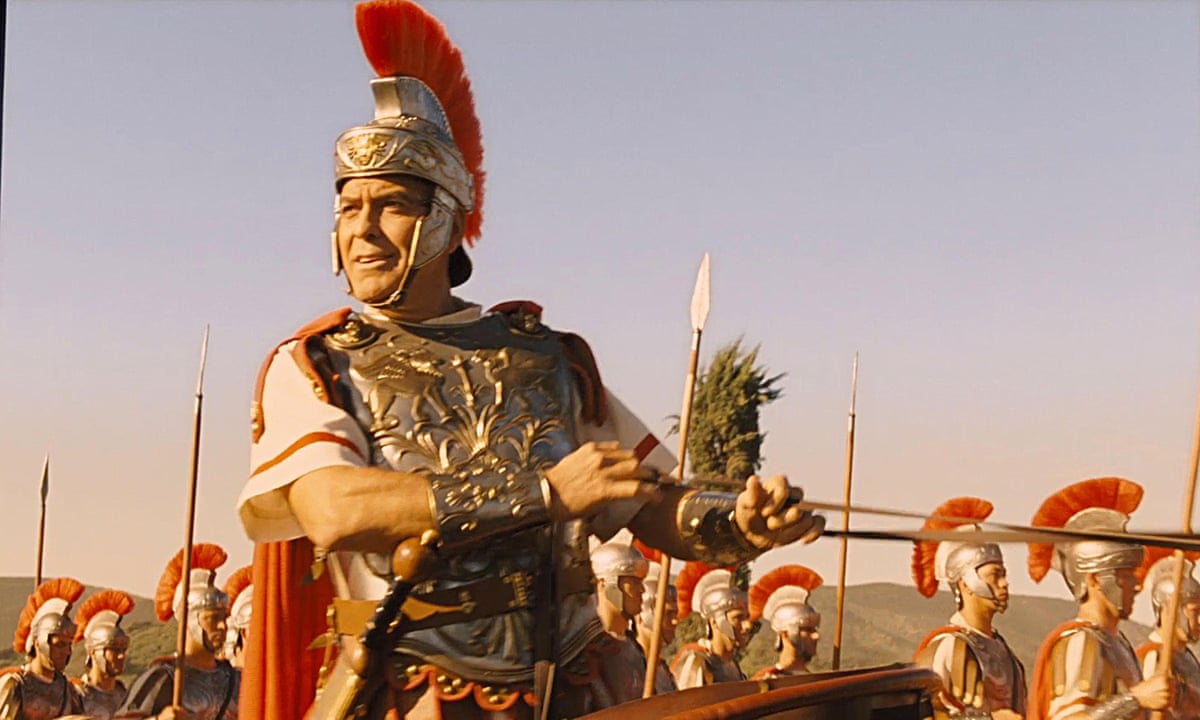 The Coen brothers lovingly goofy latest comes on like a breezy flipside companion-piece to Barton Fink a jaunt through the underbelly of old Hollywood which finds not the fiery hell of the tortured artist but the upbeat splash of synchronised swimming, On the Town toe-tapping and toga-wearing biblical balderdash. With a ramshackle plot that appears to have been cooked up after drawing deep on the Dudes biggest bong, the film pinballs between awol movie stars, red-scare nightmares and Bikini Atoll bomb tests, while raising important questions of whether God is still angry (what, he got over it?), how to make a lasso out of spaghetti, and the secret of balancing a bunch of bananas on your head (its all in the hips, lips, eyes and thighs, apparently).

Its 1951, and the motion picture industry is responding to the threat of television with colourful choreography, escapist romances and biblical epics. We open with a choir, a crucifix and a rosary, leading us to Josh Brolins Eddie Mannix in the confessional. Its been 24 hours since his last confession, and hes racked with the guilt of lying to his wife about smoking. But theres no rest for the wicked, and 3am finds studio fixer Eddie (an altogether more decent version of his real-life namesake) saving a starlet from a possible French postcard situation before checking into Capitol Pictures where Hail, Caesar! A Tale of the Christ (Divine presence to be shot) is in full swing.

Its a swell story, Mannix tells his pan-devotional focus group a tale of swords, sandals and salvation, all done in the best possible taste. But things hit a snag when George Clooneys Baird Whitlock (a Kirk Douglas type with a whiff of John Wayne in The Greatest Story Ever Told) is kidnapped and held to ransom by the Future. Meanwhile, Ralph Fienness testy European director Laurence Laurentz needs a leading man for his sophisticated drama, Merrily We Dance, but balks when given Alden Ehrenreichs game and gamey Hobie Doyle: a dust actor; the man barely knows how to talk. As for Scarlett Johanssons DeeAnna Moran, if the bathing beauty doesnt find a husband fast, itll fall to Jonah Hills Joseph Silverman to save the day by once again being the studios professional person who meets the legal standard of personhood.

Its utterly chaotic and ridiculously indulgent, and it would amount to intolerable cruelty were Hail, Caesar! not so consistently, uproariously, affectionately funny. Since the brittle misanthropy of 2013s Inside Llewyn Davis, the Coens have racked up screenwriting credits on such serious fare as Angelina Jolies Unbroken and Spielbergs Bridge of Spies, and this feels like the brothers cutting themselves some well-earned recreational slack.