When it comes to celebrity and the American media, we live in a post-Simpson world 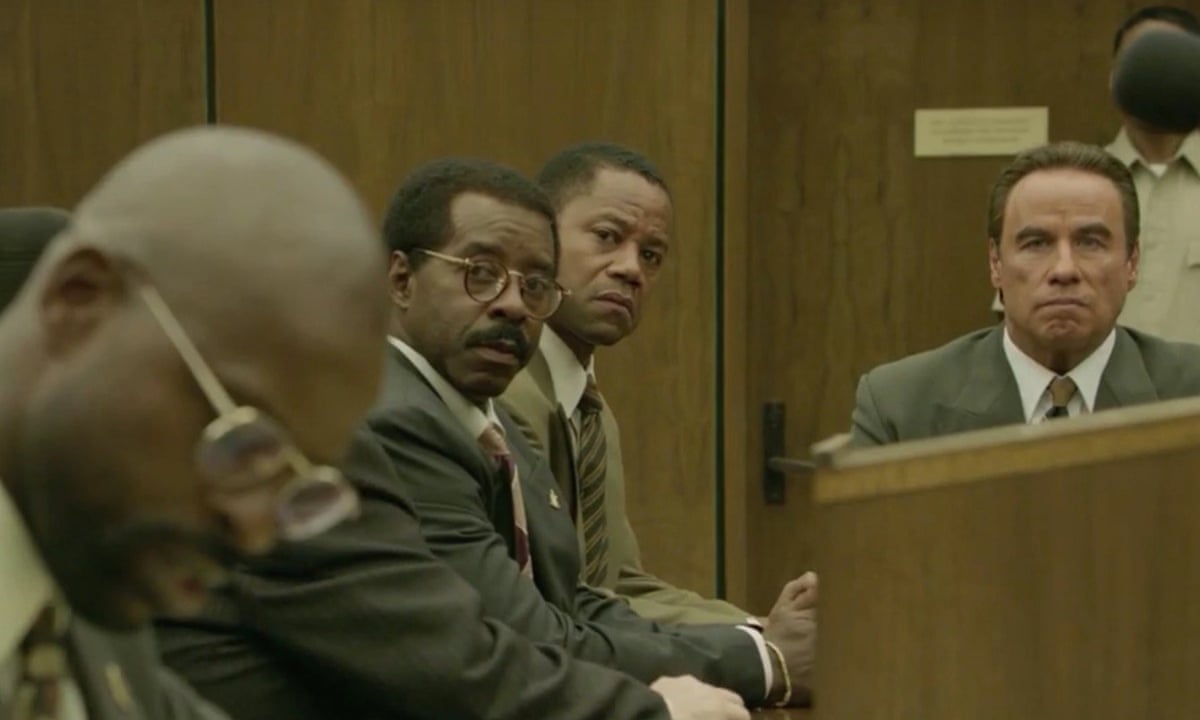 So the knife allegedly found near OJ Simpsons house was not, it has been confirmed, the murder weapon. There was a rush of excitement when this potential lead came to light recently, and a generation fresh from swapping online conspiracy theories about Adnan Syed in Serial and Steven Avery in Making A Murderer thought they could solve a 22-year-old case theyd discovered through the new miniseries American Crime Story: The People v OJ Simpson.

But tis not to be, and that is because the Simpson case is nothing like Syeds or Averys stories. There is little mystery here. The New Yorkers Jeffrey Toobin, who wrote the book on which the miniseries is based, last month wrote a chillingly evocative account detailing precisely how he thinks Simpson nearly decapitated his ex-wife Nicole Brown and stabbed Ron Goldman. The general consensus about Simpsons guilt isnt simple gut feeling its because there was so much evidence against him that his defence team insinuated it must have been planted, as no murderer could have been that clumsy. The writers of the TV show realised early on that they couldnt retry OJ, as Larry Karaszewski put it last weekend. Rather, they had to help viewers understand the [not guilty] verdict, something even those of us who obsessively watched the original trial need a refresher course on.

But the shows other objective has been to demonstrate how reverberations of the case are still felt. It mainly does this is by beefing up the role of Simpsons best friend, Robert Kardashian, who is barely a marginal figure in Toobins book. The show makes knowing nods to what the Kardashian name means today: In this family, being a good person is more important than being famous, Robert lectures his kids. But turning Kardashian into the shows moral centre has required some whitewashing. For a start, the idea that a sycophantic friend of Simpsons would disapprove of fame is patently absurd.

When it comes to celebrity and the American media, we live in a post-Simpson world. When Brown and Goldman were murdered, there was no TMZ.com, no 24-hour news save for CNN, and reality TV was in its nascence. The public fascination with Simpsons attempt to escape in his white Ford Bronco (watched by 95 million Americans) and trial (the verdict was watched by 115 million) helped usher in all of the above. The spectacle of a celebrity brought down low proved intoxicating to the public, and you can trace a line from Simpsons famous mugshot in 1994 to the era of troubled celebrities in the early 2000s, such as Paris Hilton and Lindsay Lohan, whose own mugshots augmented their fame. Simpson himself tried to board the train he helped create. In 2006 he made a TV prank show called Juiced, which was described to NPRs This American Life as something happens and OJ Simpsons there.

More interesting is what hasnt changed. Opinions about Simpsons guilt were famously divided along racial lines the largely black jury in the criminal case acquitted him while the predominantly white jury in the civil case found him responsible. As the Black Lives Matter movement shows, racial divisions have, if anything, worsened in America since then. Simpsons defence famously claimed he was set up by a racist police force, and black American men remain disproportionately more likely to be killed by cops than their white counterparts. The miniseries highlights the sexism endured by prosecutor Marcia Clark: snarks about her hair, her childcare, even her menstrual cycle. While one journalist recently suggested this aspect of the show is part of a trend for repenting our sexist sins of the 90s from the coverage of Monica Lewinsky onwards the reality is that Clark would probably suffer similar treatment now, as proved by a glance at the ridiculously sexist double standards still endured by that other major female figure of the decade, Hillary Clinton.

Toobins book reveals how everyone around OJ including the police was blinded by his fame, and how many of those involved in the case sought celebrity for themselves. One juror celebrated being dismissed from the trial by posing for Playboy. Its been fascinating to watch even Clark and her fellow prosecutor Christopher Darden who sneered at the defences courting of the media during the trial enjoy their moment now, giving interviews to everyone from Ellen DeGeneres to Entertainment Tonight.

The truth is, the factors that led to Simpsons extraordinary acquittal feel even more familiar now. That is why the Simpson case still exerts such fascination: it helped shape the world we live in today.