Young Americans dont like Hillary Clinton shes the broccoli candidate but would Sanders get anything done as president? 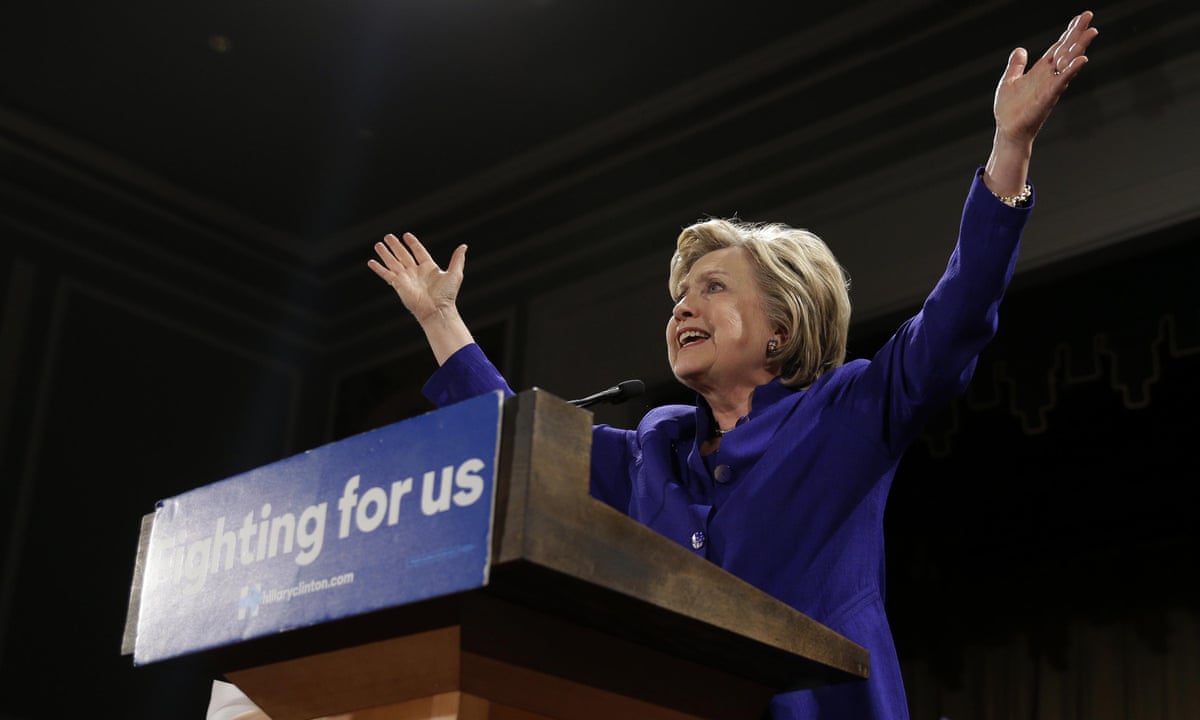 Donald Trump talking about the size of his genitals during a presidential debate: I should have predicted that. But whod have thought that young, liberal American women would be more excited about a 74-year-old male senator than the prospect of the first female president?

Young Americans dont like Hillary Clinton, and young American women really dont like her. According to a recent poll, 61% of young American women support Bernie Sanders. Clinton attracts a mere 28%. Ive spent a lot of time trying to figure out whether this is a feminist triumph (they dont just see her as a woman but judge her as a human! Good!) or a tragedy (er, they hate her. Bad). Ill let you know when Ive worked that one out.

The best spin the Democratic National Committee could put on this was claiming that young women today are complacent, having lived their entire lives after Roe v Wade. This argument is at best patronising and at worst completely absurd, unless Sanders is somehow secretly plotting to ban abortion. But the problem is not young people its Clinton. When you talk to Sanders supporters they have the fire of excitement in their eyes. Talk to Clinton supporters of any age and they look like theyre at a buffet where the only available food is broccoli. Theyre not excited but, dammit, theyll make the best of whats there, whos got a fork?

But Id like to make a defence of Clinton, particularly to young liberal women. Clinton, in this election, is like a candidate from a different era. Its not centrism and compromise that get the people going these days its the candidates hailing from the far left and right, who come in blazing with big promises and grand visions. These are the candidates who are deemed authentic, a word used by voters to mean believes what I believe.

Now, I like Bernie Sanders. Any sane person with a conscience likes Bernie Sanders. Also, hes a stubborn, New York Jew; if he had less hair he could be a member of my family. He attracts young people because he is promising to change the world or America, anyway. But would he actually get anything done as president?

His entire campaign has been built on the promise to break up the banks. But in a recent interview, it was clear that he had no idea 1) what the banks are, 2) how to do this, or 3) what the repercussions would be.

Then there were his answers to foreign policy issues, which ranged from Im just telling you what I happen to believe to I havent thought about it a whole lot. Honestly, I dont blame him. This stuff, the nitty-gritty of governing, is boring; even worse than that is trying to turn political visions into actual laws.

Just ask Barack Obama, who aged about 20 years trying to get what someone once called his hopey changey stuff through during his presidency. This, I suspect, is why Sanders supporters are white and middle class: the ethnic minorities have gone to Clinton and the working-class whites to Trump, because these are the voters who cant afford to bet on a dream and go instead to the candidate who they trust to get stuff done.

So lets look again at Clinton. I get why plenty of Democrats dont like her: shes hawkish and she is, to borrow a phrase, intensely relaxed around big money. She also doesnt do the big vision, but I actually think thats a good thing: she does incremental changes, because she is a realist, not a romantic. She is willing to compromise to get a little bit done, and, personally, Id rather vote for a candidate who promises 60% and delivers 30% than one who promises 100% and delivers nothing. She knows you cant force the opposition to submit to your point of view. She is a grownup.

Which brings me back to the young women voters. In an election that has been dominated by sexism, no American politician has experienced more in her career from both sides than Clinton. Shes too boring one minute, too ballsy the next. If she talks policy shes too wonkish, if she hugs a baby shes too grandmotherly.

Like I say, its sexism, but also its because no one knows what a woman president looks like. Clinton is a tough woman who knows how government works, who has been fighting for womens rights since before we were born and who produces the goods. Thats a good template for a woman in the White House. Anyone who asks for perfection from a politician will be disappointed, and Clinton aint perfect. But she looks pretty presidential to me.