Qatari diplomats ejected and land, air and sea traffic routes cut off in row over terror and regional stability 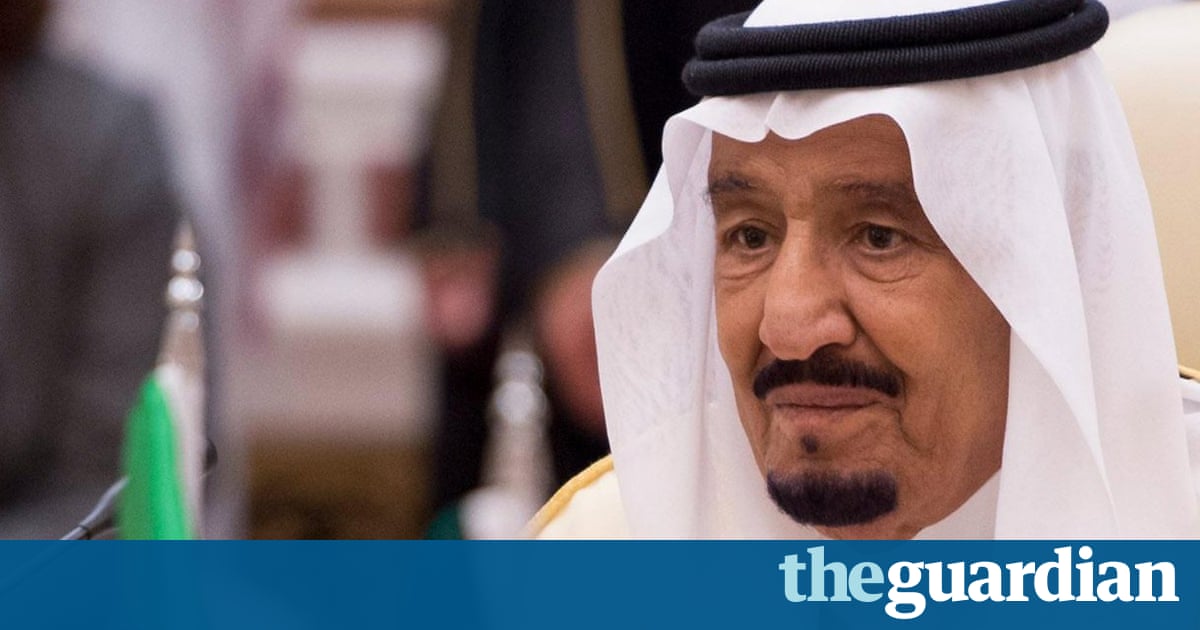 The Gulf has been hit by its biggest diplomatic crisis in years after Arab nations including Saudi Arabia, the United Arab Emirates, Egypt and Bahrain cut ties with Qatar, accusing it of destabilising the region with its support for Islamist groups.

The countries said they would halt all land, air and sea traffic with Qatar, eject its diplomats and order Qatari citizens to leave the Gulf states within 14 days. Shoppers in the Qatari capital, Doha, meanwhile packed supermarkets amid fears the country, which relies on imports from its neighbours, would face food shortages after Saudi Arabia closed its sole land border.

Social media reports from Doha showed supermarket shelves empty as nervous consumers began to worry that stocks of food and water would run out. As much as 40% of Qatars food comes over the Saudi border.

The small but very wealthy nation, the richest in the world per capita, was also expelled from a Saudi-led coalition fighting in Yemen.

The coordinated move dramatically escalates a dispute over Qatars support of Islamist movements, including the Muslim Brotherhood, and its perceived tolerance of Saudi Arabias arch-rival, Iran. The dispute is the worst to hit the Gulf since the formation of the Gulf Co-operation Council in 1981.

Qatars foreign affairs ministry said the measures were unjustified and based on false claims and assumptions. As the Qatari stock market tumbled and oil prices rose, it accused its fellow Gulf states of violating its sovereignty.

The state of Qatar has been subjected to a campaign of lies that have reached the point of complete fabrication, a statement said. It reveals a hidden plan to undermine the state of Qatar.

Saudi Arabia said it took the decision to cut diplomatic ties owing to Qatars embrace of various terrorist and sectarian groups aimed at destabilising the region, including the Muslim Brotherhood, al-Qaida, Islamic State and groups supported by Iran in Saudi Arabias restive eastern province of Qatif.

Egypts foreign ministry accused Qatar of taking an antagonist approach towards the country and said all attempts to stop it from supporting terrorist groups failed. It gave the Qatari ambassador 48 hours to leave Egypt, and ordered its own charg daffaires in Qatar to return to Cairo within 48 hours.

The tiny island nation of Bahrain blamed its decision on Qatars media incitement, support for armed terrorist activities, and funding linked to Iranian groups to carry out sabotage and spreading chaos in Bahrain.

In a sign of Qatars growing isolation, Yemens internationally backed government which no longer holds its capital and large portions of the country joined the move to break relations, as did the Maldives and the government based in eastern Libya

Egypt announced its airspace will be closed to all Qatari airplanes from Tuesday.

Mondays diplomatic moves came two weeks after four Arab countries blocked Qatar-based media over the appearance of comments attributed to the Qatari emir that praised Iran. Qatar said hackers had taken over the website of its state-run news agency and faked the comments.

A senior Iranian official said the decision to sever ties with Qatar would not help end the crisis in the Middle East. Hamid Aboutalebi, deputy chief of staff for Irans president, Hassan Rouhani, tweeted: The era of cutting diplomatic ties and closing borders is over it is not a way to resolve crisis. These countries have no other option but to start regional dialogue.

The US military said it had no plans to change our posture in Qatar amid the diplomatic crisis. Qatar is home to the sprawling al-Udeid airbase, which houses the US militarys central command and 10,000 American troops.

Qatar has long faced criticism from its Arab neighbours over its support of Islamists and Doha has long welcomed senior figures from Hamas and the Muslim Brotherhood.

The Saudis chief worry is the Muslim Brotherhood, the transnational Sunni Islamist political movement outlawed by Saudi Arabia and the UAE, which regards it as posing a threat to their system of hereditary rule.

Gulf countries led by Saudi Arabia fell out with Qatar over its backing of the former Egyptian president, Mohamed Morsi, a Brotherhood member, and in March 2014, Saudi Arabia, the United Arab Emirates and Bahrain recalled their ambassadors from Qatar over the rift.

Diplomatic relations resumed eight months later when Qatar forced some Brotherhood members to leave the country and quieted others but the 2014 crisis did not involve a land and sea blockade, as is threatened now.

The Qatar Council issued a fresh statement on Monday afternoon seeking to reassure its citizens that it had taken the necessary steps to ensure normal life continued, including by keeping sea ports open for trade and making sure that air space with countries not involved in the boycott remained open. It said it would not expel the 300,000 Egyptians working in Qatar as a reprisal.

Saudi Arabia however kept up the pressure on Qatar by saying it was withdrawing al-Jazeeras media licence and closing its Saudi office, saying the Qatar-funded broadcaster had promoted terrorist plots and supported the Houthi rebels in Yemen.

It also banned all Qatar flagged vessels from is ports and lorries due to enter Qatar over the Saudi border were blocked from doing so.

The Saudi aim is to apply pressure to make Qatar change its foreign policy, but questioning the legitimacy of a fellow monarch could prove to be a double edged sword for any Gulf ruler.

Since 2014, Qatar has repeatedly and strongly denied that it funds extremist groups. However, it remains a key financial patron of the Hamas-controlled Gaza Strip and has been the home of the exiled Hamas official Khaled Mashaal since 2012. One of the first signs of any compromise will be the withdrawal of Hamas leaders from Doha.

Western officials have also accused Qatar of allowing or even encouraging funding of Sunni extremists such as al-Qaidas branch in Syria, once known as the Nusra Front.

The row comes only two weeks after the US president, Donald Trump, visited the Middle East to seal major defence contracts with Saudi Arabia worth $110bn, set up an anti-extremist institute in Riyadh and urge the Gulf states to build an alliance against Iran.

The Saudis are in part countering the allegation of funding extremism, frequently made in Washington and in the past by Trump himself, by pointing the finger at Qatar for backing terrorism.