Saifullah Paracha, 68, has been detained at the Cuba base for more than a decade, but his lawyer says he poses no future threat to the US 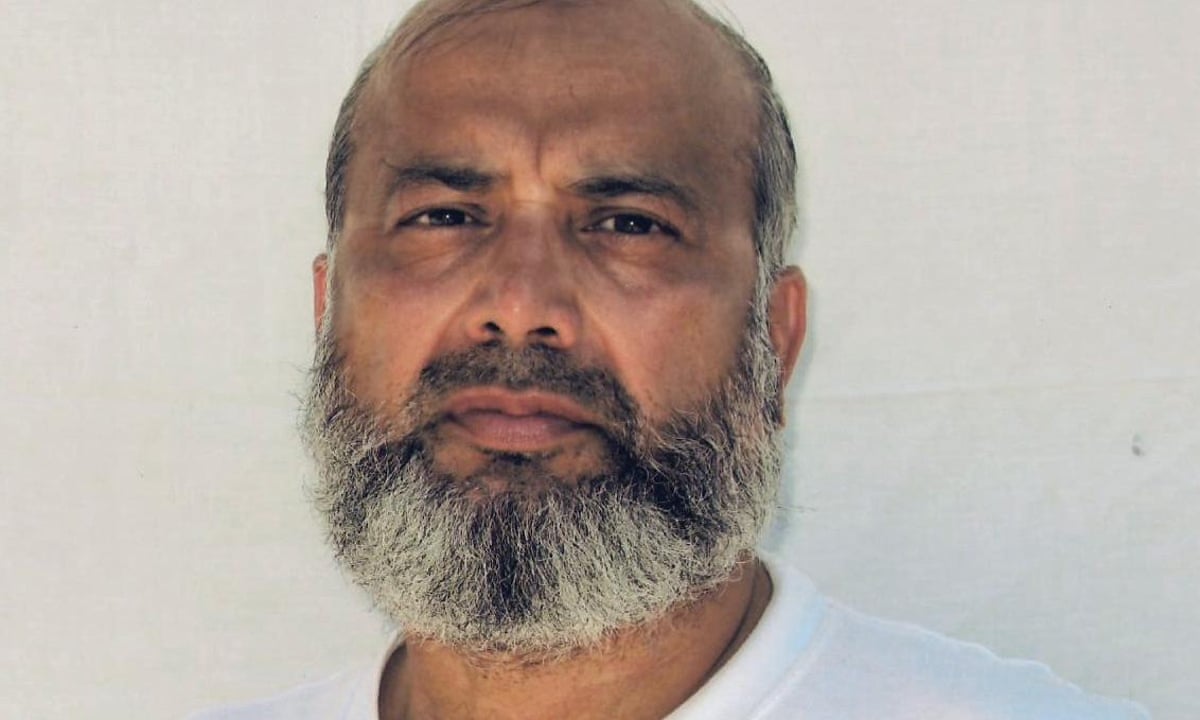 The oldest inmate at the US prison in Guantnamo Bay has made his case for freedom, after more than a dozen years in custody.

Saifullah Paracha, a 68-year-old former businessman from Pakistan who also lived in the US for more than a decade appeared by video link from the base before the periodic review board, a panel of government officials in Washington that conducts parole-like hearings to determine if Guantnamo prisoners should be eligible for release.

Paracha would seem at first glance to be an unlikely candidate for freedom. The US had at one time planned to try him by military commission, and a profile released by the Pentagon before his review board hearing said he had assisted al-Qaida, working with some of the groups most senior figures.

But his lawyer, David Remes, said before the hearing that Paracha was hopeful because the board is supposed to focus on whether the prisoner would pose a threat to the US in the future, and not any alleged past conduct.

Hes a 68-year-old man, Remes told Associated Press. He has a serious heart problem. He has severe diabetes. This is not the man who was seized 14 years ago. The board has to make a fresh assessment.

A detainee profile released by the Pentagon before his review board hearing said he met Osama bin Laden in the early 2000s and later worked with Khalid Shaikh Mohammad to facilitate financial transactions and to develop al-Qaida propaganda.

It said Paracha and his eldest son, Uzair, tried to help an al-Qaida operative travel to the US. Uzair is serving a 30-year sentence in the US for aiding terrorism.

Paracha also conducted research on chemical, biological and nuclear weapons and offered suggestions to al-Qaida about how to smuggle explosives into the US, according to the profile released by the Pentagon.

He denies that he knew of any al-Qaida plots and says his involvement with the group was for profit, not out of loyalty, the profile said.

Paracha was captured in a US-orchestrated sting in Bangkok in 2003 and sent the following year to Guantnamo, where his lawyer says he has been a model prisoner, and taught English and business skills to other prisoners to help them upon release. He has been a tremendously positive influence on his fellow detainees, Remes said.

He wore the white prison uniform reserved for the prisoners considered the most compliant, as he testified from a trailer on the base before the board, whose members gather in the Washington DC area. The hearing was closed to the media except short portion at the beginning in which the prisoners representative reads a prepared statement.

The lawyer told the board that Paracha would prefer to be sent to an English-speaking nation but could also return to Pakistan, to re-join his family and resume his business, or to the US, where he lived from 1970 to 1986 as a legal resident and has extended family, but Congress has forbidden transferring any prisoners back to US soil.

The board was not expected to make an immediate decision. So far, it has approved the release of 19 prisoners. The US holds 91 men at the base in Cuba, including 36 cleared for release.