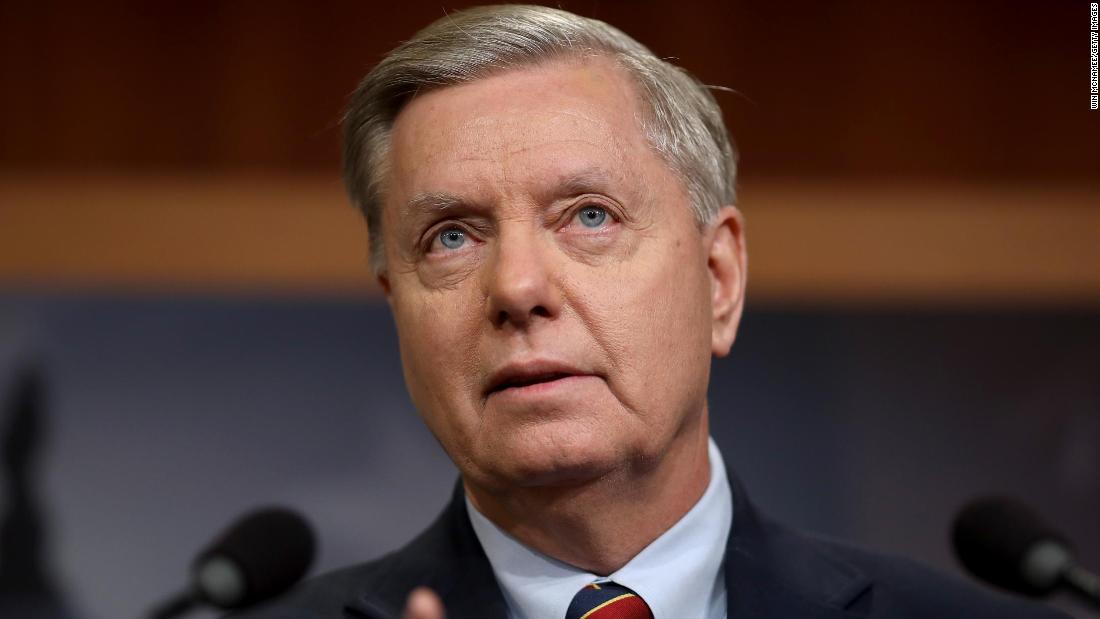 Washington (CNN)Sen. Lindsey Graham on Wednesday said President Donald Trump should not tweet about ongoing criminal cases, adding that the Department of Justice’s change in a sentencing recommendation for longtime Trump confidant Roger Stone has nothing to do with the President or his tweets.

His comments come amid calls from Democrats, including from Senate Minority Leader Chuck Schumer, for an “emergency hearing” over the sentencing recommendation and the withdrawal of four top prosecutors in the Stone case.
Trump has complained about the case on Twitter, and in a meeting with the Ecuadorean President on Wednesday, he thanked the Justice Department for intervening in the case.
Graham, who is chairman of the Senate Judiciary Committee, said he did not see any actions from the Justice Department that he needed to look into and said he didn’t know why the four prosecutors had even stepped down from the case.
“I’m not losing any sleep over them stepping down. If they’re pushing for a seven-to-nine-year sentence, in this case. I think that’s ridiculous,” Graham said, pointing to a letter from a witness in the Stone case, Randy Credico, saying he didn’t feel like Stone intimidated him.
House Judiciary Chairman Jerry Nadler, a New York Democrat, said in a letter on Wednesday that Attorney General Bill Barr is expected to testify before the committee on March 31 to address the President’s “improper influence over the department” and concerns about his leadership of the Justice Department.
Democratic Sen. Kamala Harris on Wednesday also called for Barr to testify, and Graham said Barr will come before the Senate Judiciary Committee “sooner rather than later.” He also suggested the California senator or others can ask questions about the Stone sentencing then.
Democrats have said the President feels emboldened by his acquittal in the Senate impeachment trial. On Wednesday, Graham, a close ally of the President, pushed back against this notion, saying he believes Trump feels “people are out to get him.”
“No, I think he feels like the people are out to get him, going overboard. I mean just put yourself in his shoes,” he told CNN. “I told him, I said, I can understand how you feel that way, but the system did work. Mr. Mueller did his job, found no collusion. Mr. Horowitz did his job. And uh we’ll see, we’ll see what happens in the election.”