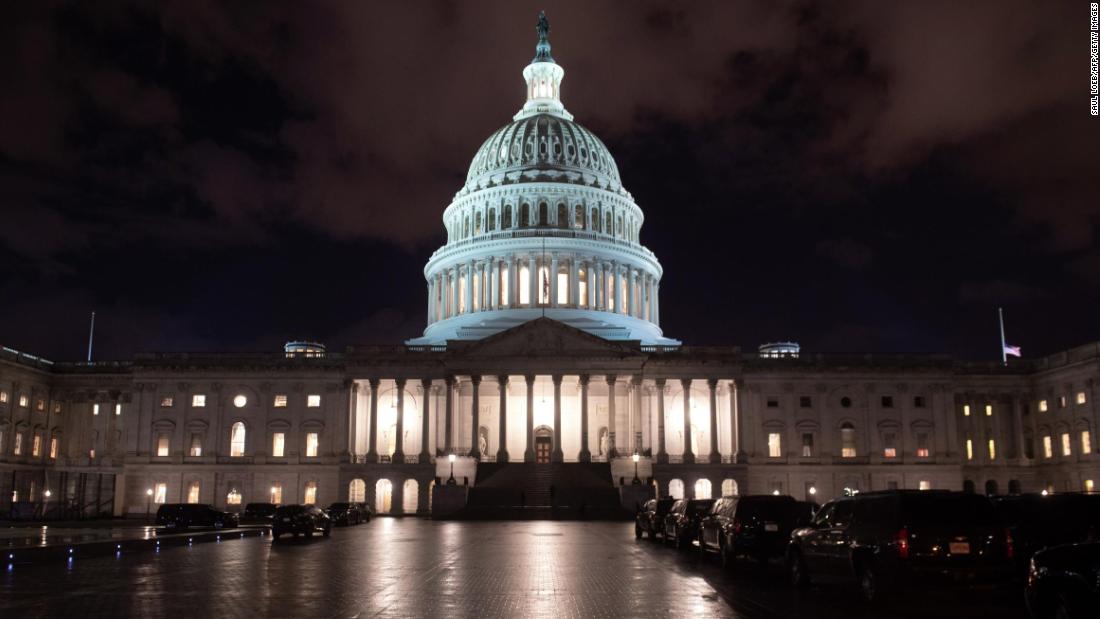 (CNN)The House and Senate adjourned Thursday after brief pro forma sessions and made plans to reconvene Monday, essentially punting any action to end the partial government shutdown until next week as negotiators remain far from an agreement.

Rep. Mark Meadows, a close ally of President Donald Trump, told CNN’s Dana Bash that negotiations “have not progressed” over the past 24 to 48 hours.
“At this point, it looks like we could be in for a very long-term shutdown,” the North Carolina Republican said on CNN’s “The Lead with Jake Tapper.”
President Donald Trump continued to blame Democrats for the shutdown, which is now on its sixth day and affects roughly 25% of the federal government. He blasted them as obstructionists on Twitter, and he referenced the recent killing of a California police officer, allegedly by a suspect who is in the country illegally, as a reason to bolster his push for more border wall funds.
“There is right now a full scale manhunt going on in California for an illegal immigrant accused of shooting and killing a police officer during a traffic stop. Time to get tough on Border Security. Build the Wall!” he tweeted.
White House press secretary Sarah Sanders also criticized Democrats on Thursday, saying in a statement that they had “decided to go home” over the Christmas holiday rather than stay in Washington to negotiate.
“The only rational conclusion is that the Democrat party is openly choosing to keep our government closed to protect illegal immigrants rather than the American people,” she said.
Top Republicans also were not around this week, as well as White House adviser Jared Kushner, who was at the center of negotiations just before Christmas.
Drew Hammill, a spokesman for House Democratic leader Nancy Pelosi, of California, responded to the White House statement by saying Democrats have offered Republicans three options to reopen the government that include money for border security but “not the President’s immoral, ineffective and expensive wall.”
When House Democrats assume the majority next Thursday for the new session of Congress, they plan to “swiftly” bring up a bill to reopen the government, Hammill added.
Earlier Thursday, when the House gaveled in for a few minutes, Rep. Jim McGovern loudly asked for unanimous consent to bring up the Senate-passed legislation to avoid a partial shutdown, the same legislation Trump has refused to support. The Massachusetts Democrat’s request was not recognized by the presiding Republican. It was the third attempt by Democrats to bring up the bill since the shutdown began.
House Republicans had passed their own bill last week that meets the President’s request of $5 billion in new funds for the border wall.
Republican Sen. Pat Roberts, of Kansas, spoke to reporters after he presided over the three-minute session held by the Senate, saying he remains hopeful the shutdown will be solved before Democrats take control of the House next week — although he didn’t indicate any negotiations were ongoing.
Roberts said Senate Minority Leader Chuck Schumer, of New York, and other Democrats need to come up with an “appropriate number” and language for border security funding that Trump will sign.
“Call it anything you want to: barrier fence, I won’t want to say the ‘W’ word. I think that’s exactly what has to happen,” Roberts said. “Right now, we are not there.”