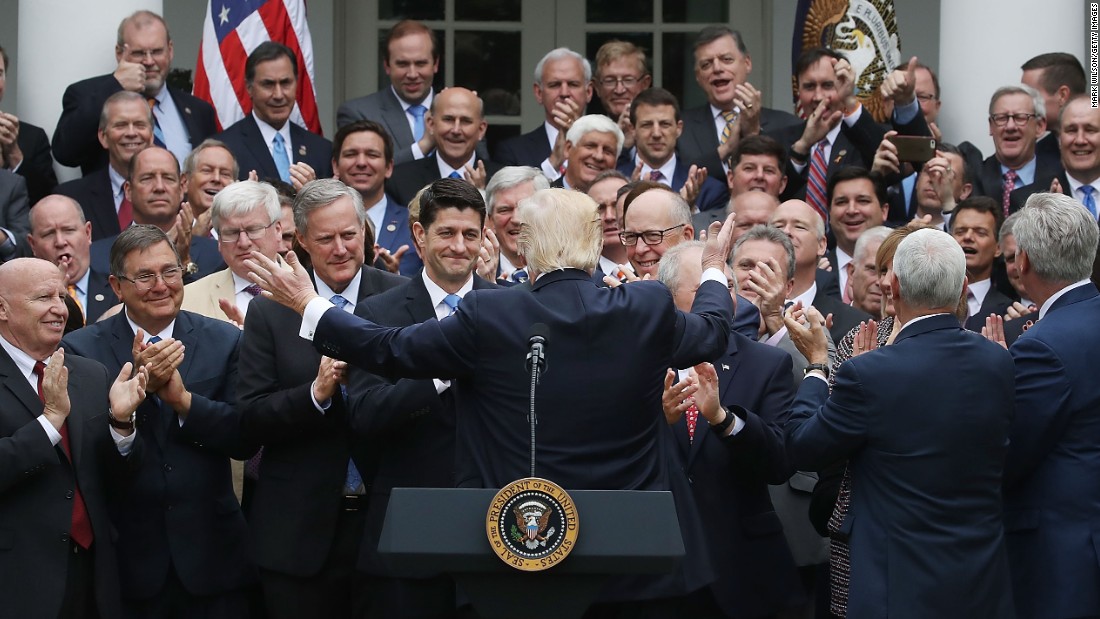 (CNN)Beware the Ides of September, which could find everything from your cancer surgery to HIV treatment for Africans sliced to smithereens. As Republicans cheered passage of their Obamacare repeal in the House on Thursday, the Democrats chided them that America will vote the GOP out of power in 2018, singing, “Sha-na-na-na! Na-na-na! Hey! Hey! Goodbye!”

The battle lines are clearly drawn. There will be skirmishes in coming weeks and open warfare in Washington this fall. 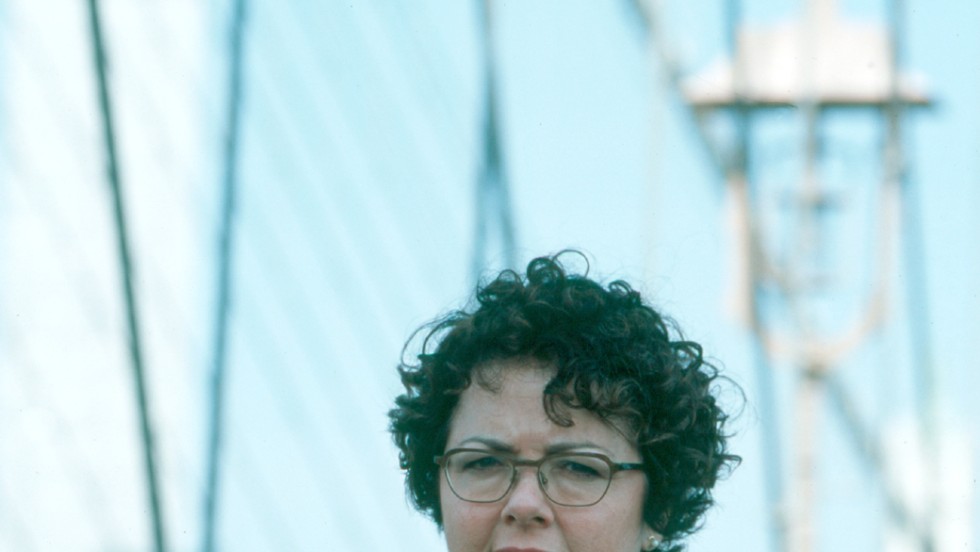 Bad as the GOP’s latest iteration is, the Republican health bill will not become the law of the land. But before you heave a sigh of relief know this: It is an awful harbinger of what is to come, demonstrating that the party in control of all three branches of the American government is more than willing to chuck you, and the whole world, on the pyre of failed personal responsibility before it will consider paying to keep you alive and well.
The “blame the victim” mantra of the 1980s that saw employers firing elders, smokers and obese employees in order to maintain low, pooled insurance costs is back in vogue, now a philosophy of governance applied to everything from cancer prevention to foreign policy.
By a narrow 217-213 vote, the House of Representatives voted to repeal Obamacare, replacing it with a new 2.0 version of the Republican’s American Health Care Act, or AHCA, that appeased both the party’s hard right Freedom Caucus and some of its moderates’ concerns. The bill passed without any Democratic votes, and 20 moderate Republicans sided with the opposition.
On the other side of Capitol Hill, the Senate approved a $1.1 trillion Omnibus Spending Bill that will keep government lights on until the end of the fiscal year, September 30. It passed with bipartisan support, though 18 of the GOP’s fiscal conservatives voted against it, largely opposing what they consider overspending.

The worst is yet to come

While President Trump is frustrated by the slow pace of what he thinks are watered-down actions on the Hill, both the Omnibus Budget and AHCA 2.0 are mere preludes to much tougher times to come.
On the health care side, the House AHCA 2.0 has about a zero probability of passing the Senate in its current form, prompting the Washington Post to say, “Republicans’ health-care bill isn’t really a health-care bill. It’s a political prop.”
The real action will come with fights over the FY2018 budget, draft elements of which have been leaked, indicating substantial backing for Trump’s “skinny budget,” a slim presidential statement of spending priorities meant to guide GOP action on the Hill.

The battle is just getting started

Repeal is an opportunity for Democrats

Obama’s legacy is in jeopardy

Obamacare repeal is a tax break for wealthy

Obamacare vote is the diagnosis

The take-home messages are clear, even though the ultimate details of a Senate version of AHCA 2.0 and the FY2018 budget remain obscure. The winners are America’s wealthiest class, the Department of Defense, military contractors, health insurance companies and America’s closest military allies. The losers? Well, just about everybody else.
If the Republican Party hopes to claim victories in the 2018 midterm elections, Sean Spicer and his fellow Washington spin doctors are going to have to manage astounding feats of messaging, aimed at convincing average American voters that paying larger fees for their health care out-of-pocket, seeing the cost of medicines skyrocket and having highly humane health programs overseas disappear are all good things for the middle class.
Though the Congressional Budget Office hasn’t had a chance to weigh in on AHCA 2.0, none of the revisions appear to alter factors that prompted the CBO to predict that the original GOP plan would, by 2026, leave 24 million people uninsured — more than were in that sorry state when Obamacare was conceived in 2009. The effect would be so profound, CBO said, that 14 million Americans will lose coverage before December 2018.
Close examination of the House’s new AHCA 2.0 reveals that compromise between the party’s factions was reached not by addressing the underlying problems seen by the CBO, but by booting nearly all of the other tough decisions down to the states.

Basically AHCA 2.0 claims to guarantee coverage for people with pre-existing conditions and keep Americans that are now receiving Obamacare coverage on some form of health access. But the devil is in the details behind the words “guarantee” and “access,” both of which are left to the states to define.
The House advocates creation of special insurance pools filled with the very sick, offering no good reason why any profit-oriented company would want to dive into those pools. Overall, AHCA 2.0 cuts federal support of Medicaid by $839 billion over 10 years, but creates an $8 billion fund over five years to help support those special pools of the very-sick.
A new Washington Post-ABC News poll finds that 70% of Americans want the federal government to mandate that insurance companies provide coverage for people with pre-existing conditions, such as diabetes, schizophrenia or cancer. And the same percent want a minimum package of basic care available at genuinely affordable prices to every American. 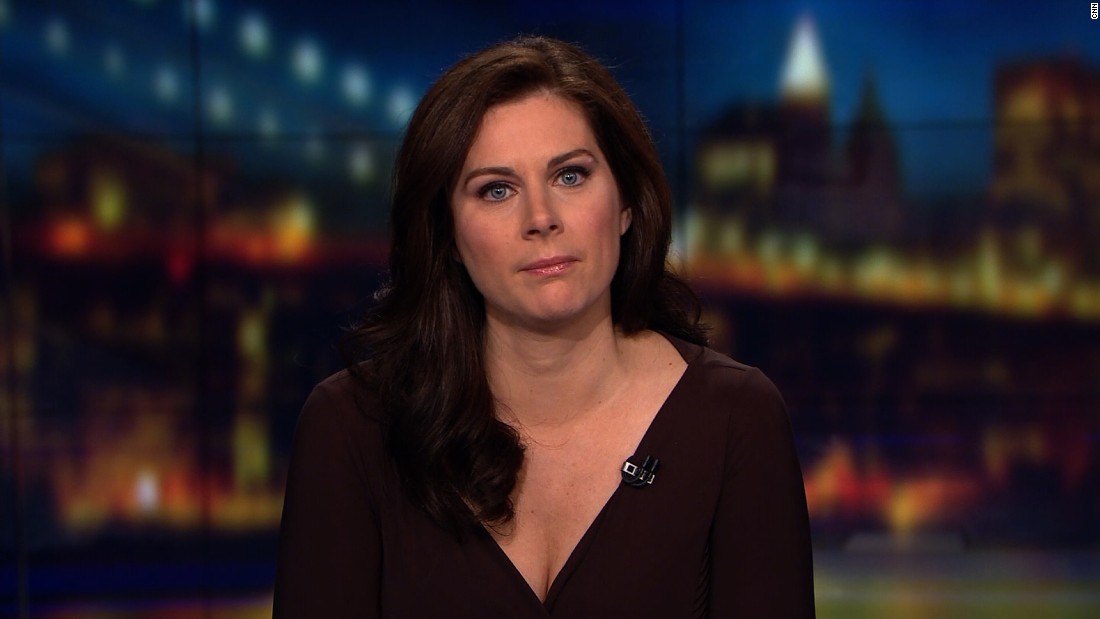 But nothing is guaranteed by AHCA 2.0, except a hope and prayer that state legislatures and governors will vote through expensive packages of health insurance that incentivize private insurance companies to carry millions of people, including those with costly chronic care needs, based on expansion of states’ Medicaid programs.
Some states like California already make Medicaid cover more people, for more health problems, than even Obamacare mandated. But most states fall well below Obamacare mandates and will use whatever version of AHCA 2.0 is ultimately enacted into law to further shrink their spending and patient access.
In a federal appeals court case regarding abortion clinics in Alabama, the state defines “access” as something to be denied, meaning women should be denied all access to abortion services in that state. Several states currently have laws or pending court cases that similarly draw on the language of “access” as a matter of legally mandated denial of services.
In an emotional appeal on his late-night TV show comedian/host Jimmy Kimmel told his audience that his newborn son was born with a condition requiring neonatal open heart surgery — which he, a wealthy celebrity, could afford.
But, Kimmel noted, access to health shouldn’t be about personal wealth, adding, “Before 2014, if you were born with congenital heart disease like my son was, there was a good chance you’d never be able to get health insurance because you had a pre-existing condition… And if your parents didn’t have medical insurance, you might not live long enough to even get denied because of a pre-existing condition.”

But under the AHCA, personal wealth is precisely the prime determinant of health care. As Republican Bill Schuster told his Pennsylvania constituents, “It gets rid of Obamacare’s taxes and mandates, and returns the power of regulating health insurance back to the states.”
Your access, Schuster continued, is affordable because you can write some of it off in your taxes, pay for some of the rest with your health savings account (which you paid for) and get cheaper care because the state will no longer be covering such things as abortions. 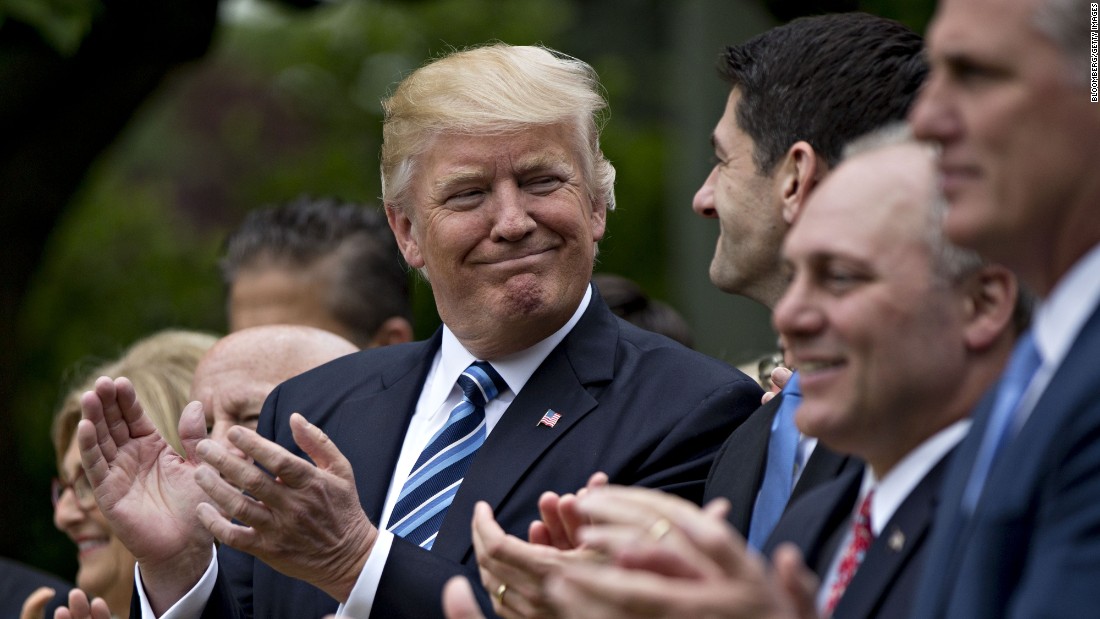 Hogwash. A single mother of two children who earns $40,000 a year as a domestic worker has no taxable income after paying for transportation, housing, food, school fees, child care and her children’s clothing, so writing off health care costs via her annual IRA filing is a nonstarter.
Kicking the pre-existing conditions can down the road to the states could lead to denial of health insurance services to 129 million Americans, according to a 2011 Department of Health and Human Services study, and return the nation to the bad old 1980s days of “personal responsibility for health.”
As Alabama Rep. Mo Brooks told CNN, people with costly conditions should be required to contribute more to their states’ insurance pools so that they aren’t a financial burden “to those people who lead good lives, they’re healthy, they’ve done the things to keep their bodies healthy.”

The blame game allows Republicans to feel fine about eliminating federal disease prevention programs, putting the onus on individuals and slashing the $1 billion Prevention and Public Health Fund that was created under Obamacare in the Centers for Disease Control and Prevention. The CDC uses those funds to support everything from diabetes diagnoses and care programs to elimination of lead poisoning.
One-third of the funds ($324 million) were for vaccines and child immunization programs. Another $12 million targeted adolescent suicide efforts and $160 million subsidized epidemic surveillance and the safety of drinking water and food from bacterial contamination.
All of these programs will disappear — 12% of the CDC’s total budget — if the Senate maintains the thrust of AHCA 2.0, going along with the House majority’s view that government shouldn’t “meddle” in personal decisions such as whether or not to smoke cigarettes or cook your skin in a tanning salon.

The House and Senate will battle such sentiments when they finally tackle the FY18 budget in September. Leaked elements of the budget reveal a similar “personal responsibility” perspective guiding slashing of federal support for malaria prevention in Ghana, HIV treatment in Malawi, women’s health programs in Guatemala, democracy-building in Asia and school lunch programs in Harlem.
If your child is hungry in school, bit by malaria-carrying mosquitoes in bed at night or lacks treatment for the HIV he was born infected with it’s your fault and your responsibility, not a problem for US taxpayers.
Pay attention, America. You may wake up in a year to discover that your cancer care will bankrupt your family, and your now-impoverished children will get no meals at school. Your town’s hospital may get hit by a tornado and discover the CDC’s stockpiles of drugs and medical equipment for catastrophes and outbreaks has disappeared. You may take a holiday overseas and find fear and loathing directed at you from people angry that services once provided by the US Agency for International Development or other foreign aid agencies no longer exist.
And if you’re a member of Congress who voted for such changes in the FY18 budget, you may suddenly find your voting constituency backing a different horse — or even a donkey.