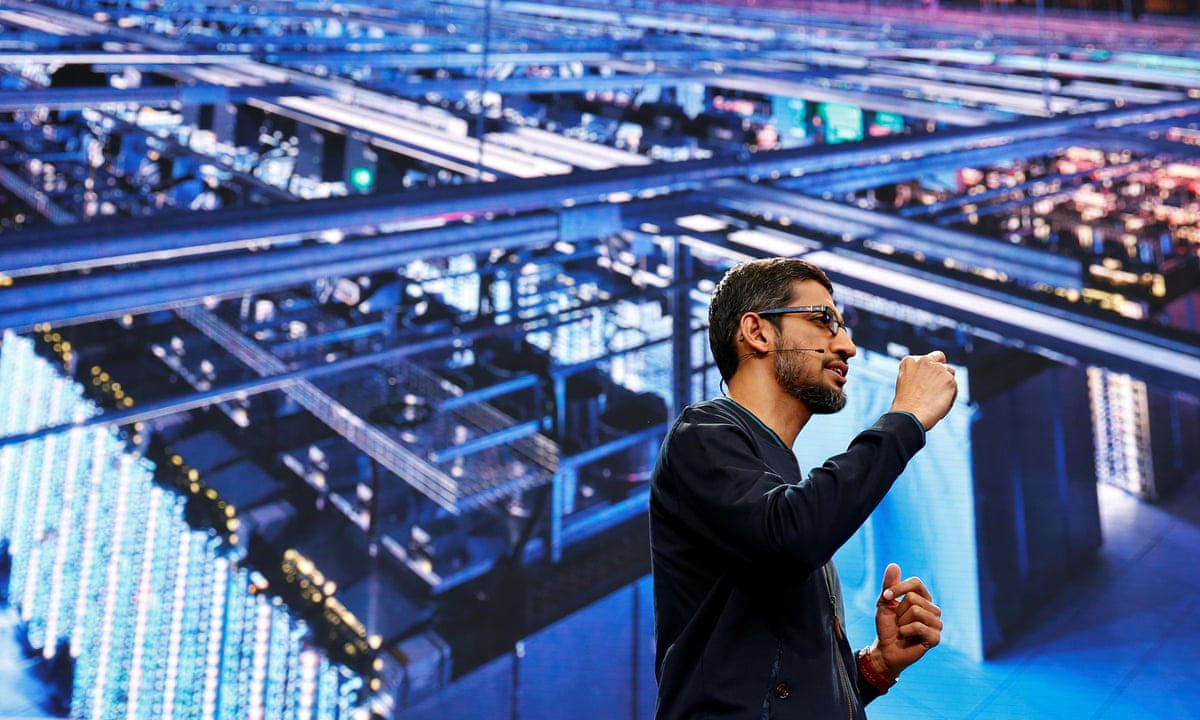 Machines may yet take over the world, but first they must learn to recognize your dog.

To hear Google executives tell it at their annual developer conference this week, the technology industry is on the cusp of an artificial intelligence, or AI, revolution. Computers, without guidance, will be able to spot disease, engage humans in conversation and creatively outsmart world champions in competition. Such breakthroughs in machine learning have been the stuff of science fiction since Stanley Kubricks 1968 film 2001: A Space Odyssey.

Im incredibly excited about the progress were making, CEO Sundar Pichai told a crowd of 7,000 developers at Google I/O from an outdoor concert stage. Humans can achieve a lot more with the support of AI assisting them.

For better and worse, the companys near-term plans for the technology are more Office Space than Terminator. Think smartphones that can recognize pets in photos, appropriately respond to text messages, and find a window in your schedule where you should probably go to the gym. Googlers repeatedly boasted about how its computers could now automatically tag all of someones pictures with a pet.

Mario Klingemann, a self-described code artist, said he is using Googles machine-learning tools to have his computer make art for him by sorting through pictures on his computer and combining them to form new images.

All I have to do is sit back and let whatever it has created pass by and decide if I like it or not, Klingemann told the audience on Thursday night. In one of his pieces, called Run, Hipster. Run, Googles software had attached some fashionable leather boots to a hip bone.

It may seem like the latest example where Silicon Valley talks about changing society yet gives the world productivity apps. But it also illustrates the stark challenge that technology companies face in trying to make machines act like humans.

Itll be really, really small things that are just a bit more intuitive, said Patrick Fuentes, 34, a mobile developer for Nerdery in Minneapolis. He considered autocorrect on touchscreen keyboards a modern victory for machine learning. Referring to Skynet, the malicious computer network that turns against the human race in Terminator, Fuentes said: Were not there yet.