Despite decades as a doctor, HHS pick Tom Price puts his conservative politics over medical evidence that the ACA has helped many Americans 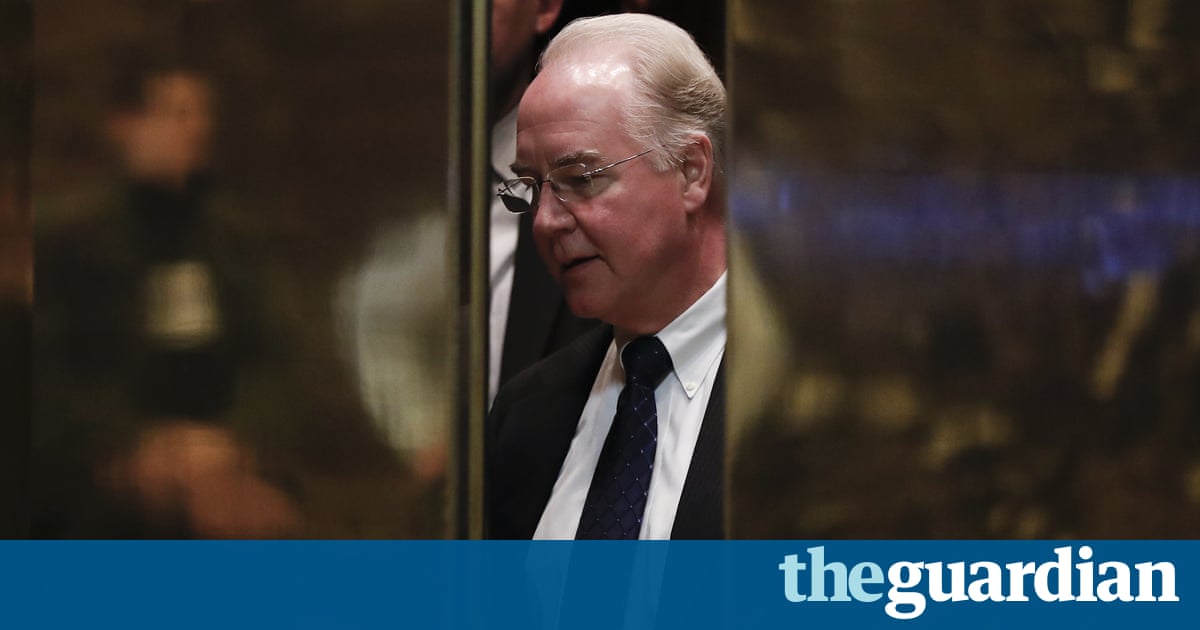 After an election dominated by rhetoric and anti-establishment sentiment more than policy specifics, the upset of 8 November left open many questions as to how President-elect Donald Trump would steer the nation. More questions still were raised when it was suggested that, contrary to his campaign promise, some aspects of the Affordable Care Act might, indeed, be salvaged. Such hopes have been dashed.

Among Trumps cabinet announcements this week is that of health and human services, for which he has chosen representative Tom Price, a staunch ACA and reproductive choice opponent. While qualified for the position as a long-time physician and member of Congress, much of his political record is deeply troubling in looking to the future of the American healthcare system.

To a long-time observer of American politics, it comes as little surprise that there is ample politics in policy. But that can be troubling when it comes to healthcare. After all, cancer, heart disease and diabetes do not discriminate among Democrats and Republicans. Physicians treat patients of different ideologies and socioeconomic status, and following the Hippocratic oath, they look after the safety and wellbeing of those who are in their care.

To be sure, physicians have their own policy and partisan preferences, though typically they are not (or should not be) on display in an exam room. Indeed, there are matters of healthcare that may well be in contest with a doctors partisan politics, such as the virtues of Medicaid expansion under the ACA or access to womens health clinics that provide abortions alongside cancer screenings. While scaling back the ACA and restricting access to clinics such as Planned Parenthood is a popular talking point for members of the Republican party, many physicians see the benefit that their patients reap from obtaining insurance regardless of preexisting conditions.

Yet Prices voting history places partisanship above patient wellbeing. In 2015 he co-sponsored HR 3134, the Defund Planned Parenthood Act of 2015. He has additionally voted against Infant Mortality Pilot Programs (2010), Funding to Combat Aids, Malaria and Tuberculosis (2008); Childrens Health Insurance Reauthorization Act of 2007, and he has voted in favor of repeals of provisions of the ACA.

Among the most deeply partisan issues of the recent election cycle was the expansion versus repeal of the ACA which for all its faults, like the continued underinsurance of millions expanded the number of insured Americans by approximately 20 million. Price, who practiced as an orthopedist for over 20 years, should know the impact that insurance coverage has on someones willingness to pursue treatment for injuries, and the sometimes dire consequences of going untreated due to lack of insurance.

Despite this, he has sought to repeal the ACA, challenging the stifling and oppressive federal government, with the GOP replacement plans, which are all estimated to reduce the number of insured Americans. If there were any doubt as to Trumps seriousness about dismantling the ACA, those doubts have now been vanquished.

Moreover, while opposition to abortion access is a position commonly held among those on the right, the Planned Parenthood clinics that Price has sought to defund provide a range of affordable family planning services that contribute to the physical and economic well-being of the nation. The National Campaign to Prevent Teen and Unplanned Pregnancy estimated that the cost to taxpayers associated with teen childbearing was $9.4bn in 2010 alone.

My own research has demonstrated that greater access to Planned Parenthood clinics is associated with marked declines in teen childbearing, with additional effects of curbing sexually transmitted diseases and HIV. These are outcomes that are surely beneficial from both medical and economic standpoints, and yet even as a physician this information has yet to sway Price from his vehement support for defunding the organization. He has even going so far as to dispute that any women struggle to afford birth control.

One cannot expect a cabinet appointee to be devoid of partisan preferences. And unlike the selection of Jeff Sessions for attorney general, Price, for all his staunch conservatism, does not present existential threats to democratic institutions, but rather strident challenges to policy issues.

But the consequences of Price consistently ignoring empirical evidence in favor of widely-used healthcare programs despite his medical expertise have both vast economic and human consequences that will be all the graver upon his presumptive confirmation.