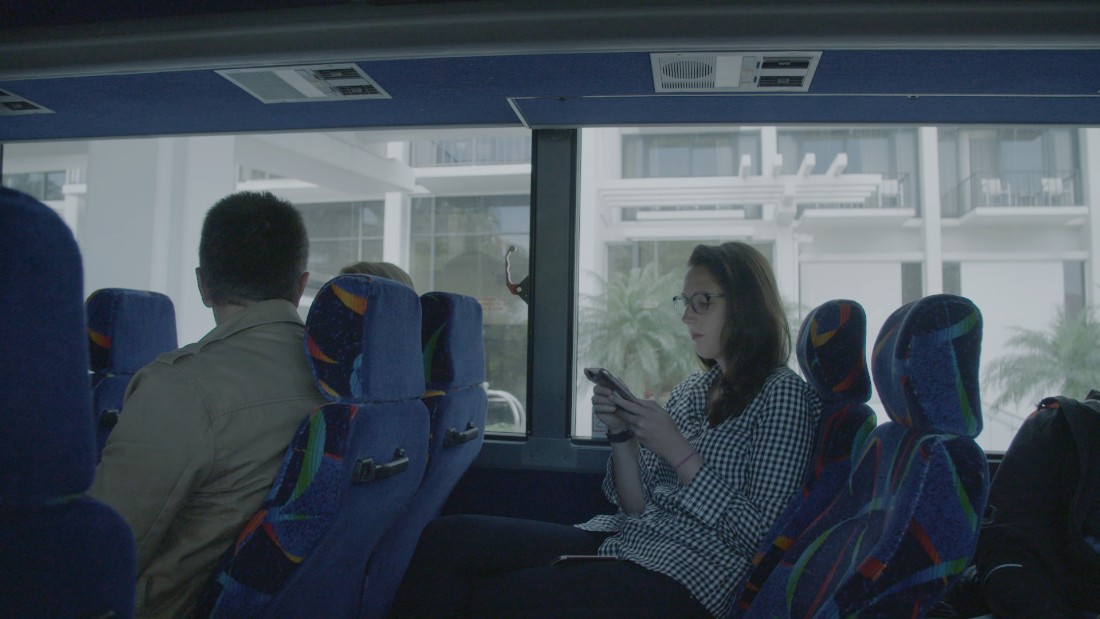 (CNN)After months on the road last year, I finally had a day off and went to see my family in Dallas. But duty (and breaking news) called, and within minutes of arriving to play with my then four-year-old niece, I was back in the rental car, headed to the airport.

“Ashley goes on a lot of airplanes,” my niece said, turning to her mother. “I want her to stop doing that.”
Life isn’t always glamorous working presidential campaigns, but those who do it from the journalists who cover them to the staffers who execute them all share one thing in common: They want to have a role in this unique American process.

On January 24, 2015, about 10 potential Republican candidates descended upon Iowa for the first major cattle call of the presidential race. Scott Walker was all the rage. Ted Cruz performed mightily. Donald Trump barely got any mention.
It was a different time.
It’s also when my own campaign story began. Since then, I’ve covered events in 43 states, taking more than 400 flights and spending 524 nights in hotels. CNN assigned me to cover the (very large) Republican field, a beat that sent me racing across Iowa and New Hampshire for a primary that would last over a year.
As an embed, you’re responsible for shooting events, writing up stories, reporting on the campaigns, staking out candidates and occasionally producing for correspondents.
And when there were 17 primary candidates, there was ample room for news. But it was the colorful and unexpected moments that truly stick out.
Those memories include getting brushed by a few shell casings as Rand Paul hit up a shooting range before the first primary debate. I also shot video of John Kasich as he shot hoops with the Milwaukee Bucks, and I walked through a parade with Rick Perry (actually we jogged through a lot of it — the man has a ton of energy).
I watched Ted Cruz sign a woman’s pair of pink cowboy boots. I followed Jeb Bush around the Iowa state fair for four hours on a hot August day. I tagged along as Chris Christie worked the line outside of Ben and Jerry’s on free cone day. And I climbed aboard Trump’s plane to ask him questions in a last-minute gaggle.

The field started to narrow, and my focus became covering Bush full time under the assumption that he would be the front-runner. That storyline didn’t last long, and the new story became how Trump was outgunning a former two-term governor who had an unprecedented amount of money behind him.
It was interesting to watch and chronicle Bush’s campaign from beginning to end, but more than that, it was fascinating to get to know the man and watch him evolve as a candidate. When your life becomes your candidate’s life, you absorb everything they say and anything that impacts them.
Studying a person like that picking up on any inflection changes in their stump speech, reading thousands of their publicly-released emails, becoming obsessed over minor tweaks like switching from glasses to contacts makes you feel like a stalker, yes, but it also helps you understand this person who wants to be the leader of the free world.
Bush tried earnestly to be a more open candidate than Mitt Romney in 2012. He gave us access that our fellow embeds on other campaigns envied, he handed out his email address to voters, and he spent hours upon hours in conversations with people after events all of which we were allowed to shoot.
But he wasn’t selling what Trump was selling to the public, and three weeks after Bush dropped out, I was reassigned to the man who would become the eventual nominee and now President-elect.

Going from Bush world to Trump world was a culture shock.
Bush usually averaged 150-200 people at his intimate, town-hall style events. Trump held massive rallies at arenas with thousands of people. My first Trump rally was interrupted by close to a dozen protesters, and Trump dramatically read the lyrics to a song called “The Snake,” making a comparison between Syrian refugees and a poisonous snake.
CNN producer Noah Gray had been covering Trump since the previous summer and he helped me navigate this bigger and much louder universe. We worked as co-embeds over the next eight months, covering the always-eventful rallies and trying to share with our network the frustration and anger felt by the voters who attended them.
Often that anger was directed at us, the media. Most voters were pleasant one-on-one, and I learned about entirely new perspectives in those conversations. But when Trump would egg on his audiences to boo the press pen, sometimes the same lovely people I spoke to before the rally were suddenly flipping us off or screaming ugly things.
Experiencing such vitriol was uncomfortable, but you learned to get used to that feeling and stay focused on the task at hand.

As it became clear that Trump would become the nominee and as the election turned from a primary to the general, our daily lives as embeds also changed. Gone were the hours-long road trips from event to event. Gone were TSA lines and protracted airport waits. Gone was spending an entire day in one state.
Instead we traveled together as a press corps, chasing Trump’s plane to multiple cities and states a day in our own chartered plane. We hustled to and from events, sometimes running with our gear to keep up with Trump’s busy schedule. Our moments of peace came when we could cram in a nap on the plane or when Secret Service would let us pet their dogs.
In the last week of the campaign, we did 30 flights — landing in 11 states for 14 rallies in the final three days alone. It was an aggressive schedule that likely played a big part in his surprise victory on November 8.
As a result, my body hurt that morning after Election Day; I could barely move. And thinking about the past 22 months lately has overwhelmed me.
But I got to experience this country in a way that only a few get the chance to do, and I will never forget the people I met and the perspectives that shaped this election.
It’s been a whirlwind ride, one where I’ve learned to always adapt, never make assumptions, and never take things for granted — like being able to put clothes in drawers and buy regular-sized shampoo bottles.
I’m looking forward to moving back into an apartment in the coming weeks and actually staying in the same city for more than eight days in a row for the first time in two years — all the while thankful that CNN entrusted me with this crazy job.
And my now six-year-old niece, Emma, will get Auntie Ashley all to herself for two weeks next month.