While Angela Merkels party wants stability after the Brexit vote, others debate whether the EU should now become more political 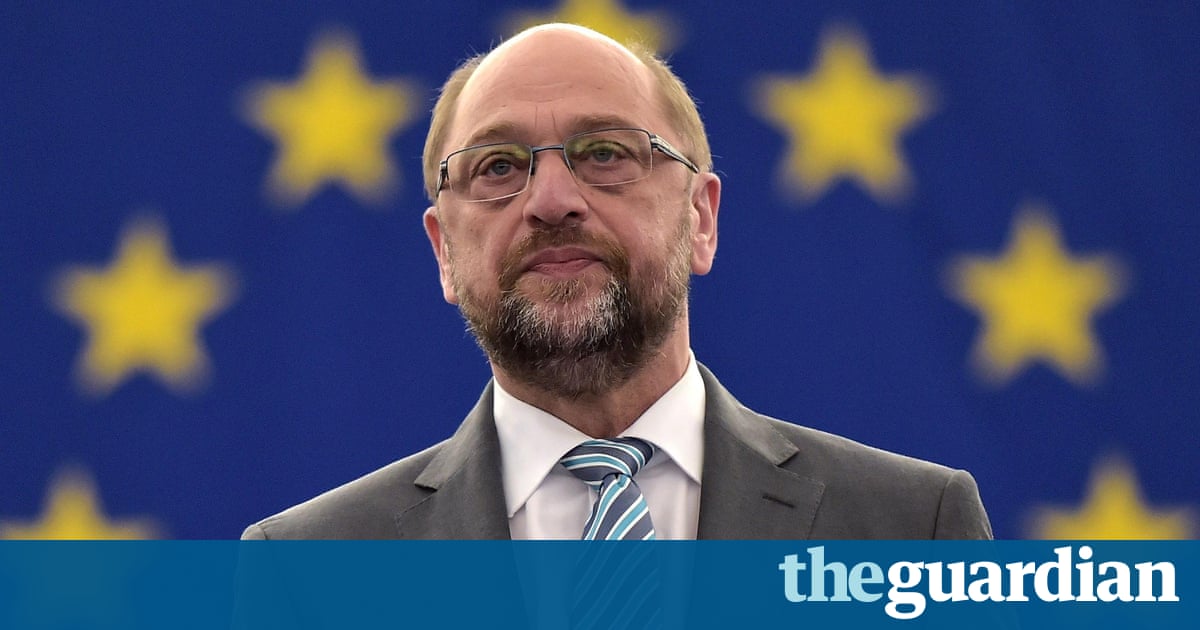 On the day after the EU referendum, the German chancellor, Angela Merkel, described Britains vote to leave as a watershed moment in the history of the continent. Almost a month into the Brexit era, German politics is increasingly divided over whether the result will prove a catalyst for a stronger EU or make it harder to force any change.

The Social Democratic party, coalition partners to Merkels Christian Democratic Union in the German government, sees the fallout as an opportunity to drive home to voters that its programme is distinct from that of the chancellor something that each of the CDUs junior partners has struggled to do over the past 11 years and is arguing for EU reform. With the federal election taking place in 2017 and the SPD falling in the polls, a stronger political profile is vital to the party.

The SPD chairman and vice-chancellor, Sigmar Gabriel, has stepped forward to argue that Brexit should be viewed as a chance to create an EU that is not merely regarded as a straightjacket, but has wider popular support among the people.

The CDU quickly responded to Schulzs intervention, taking the momentum out of the situation. We need to give people some time many things in Europe are moving too fast for the public, said Gunther Krichbaum, who chairs the committee on European affairs in the German parliament.

In Europe, we have been stuck in a crisis for nine years, and in times of turmoil, people look for guidance and orientation, and that orientation is more likely to be provided by nation states, he told the Guardian. We have to meet these people halfway. Not just the member states, but also the commission has to see that as its job.

Changing the architecture of the EU, Krichbaum said, would require treaty changes and I dont think that is very realistic right now. I am not calling for a return to nation states, but I dont think a European government is a realistic prospect right now.

Merkels party made it clear that it expected Schulz to leave his post as European parliament president at the end of his term in January 2017 and give way to a centre-right MEP.

Henrik Enderlein, the director of the Jacques Delors Insitut in Berlin, said: There are two possible roles the European commission could take in the future: either as a strong, political body that can take [the] initiative in key policy areas and during a crisis, or as a technocratic body that merely protects the treaties. At the moment, it is a hybrid of the two, and that has to change.

But few German policymakers believe the current crisis can be solved by a change of personnel at the top, as an anonymous MP who called for the resignation of Jean-Claude Juncker, the European commission president, following the Brexit vote, seemed to suggest. Wolfgang Schubles dislike of Juncker is well known: in the German finance ministry, the European commission giving France leeway on fiscal rules is seen as having dealt a blow to the EUs wider credibility. If we dont respect our own guidelines, then we dont have to be surprised if the people dont respect us either, said one Christian Democrat.

But Schubles views are not as indicative of the wider mood in the country, or his party, as they used to be. Behind closed doors, several CDU figures have questioned the finance ministers people management skills in the aftermath of the UKs vote to leave the EU. A recent article in the Sddeutsche Zeitung described Schuble as the soloist.

Merkel will feel that she owes Juncker because of the European commissions supportive stance during the refugee crisis. Many German conservatives respect Juncker for having trimmed the output of the commission, which has been issuing considerably fewer guidelines than under his predecessor. It should be recognised that Jean-Claude Juncker has given the European commission a new face, Krichbaum said.

One widely held view inside German government circles is that Juncker, 61, would have stepped down from his post if Britain had voted to remain. Securing the UKs continuing membership of the EU would have given Juncker, who reportedly has health problems, an excuse to retire. After David Camerons resignation, the pressure on Juncker and Merkel to provide political stability is greater than ever.

Some German MPs still believe it is more likely than not that Juncker will step down before the European parliament elections in 2019. But early 2017 looks like a safer time for a reshuffle than now.

If Schulz were to be replaced by a centre-right MEP in January, the unwritten rules of European politics would require the presidency of the council to be taken up by a member of the centre left, with the former World Trade Organisation director general Pascal Lamy, the former Danish prime minister Helle Thorning-Schmidt and the former Italian prime minister Enrico Letta being mooted as potential candidates.